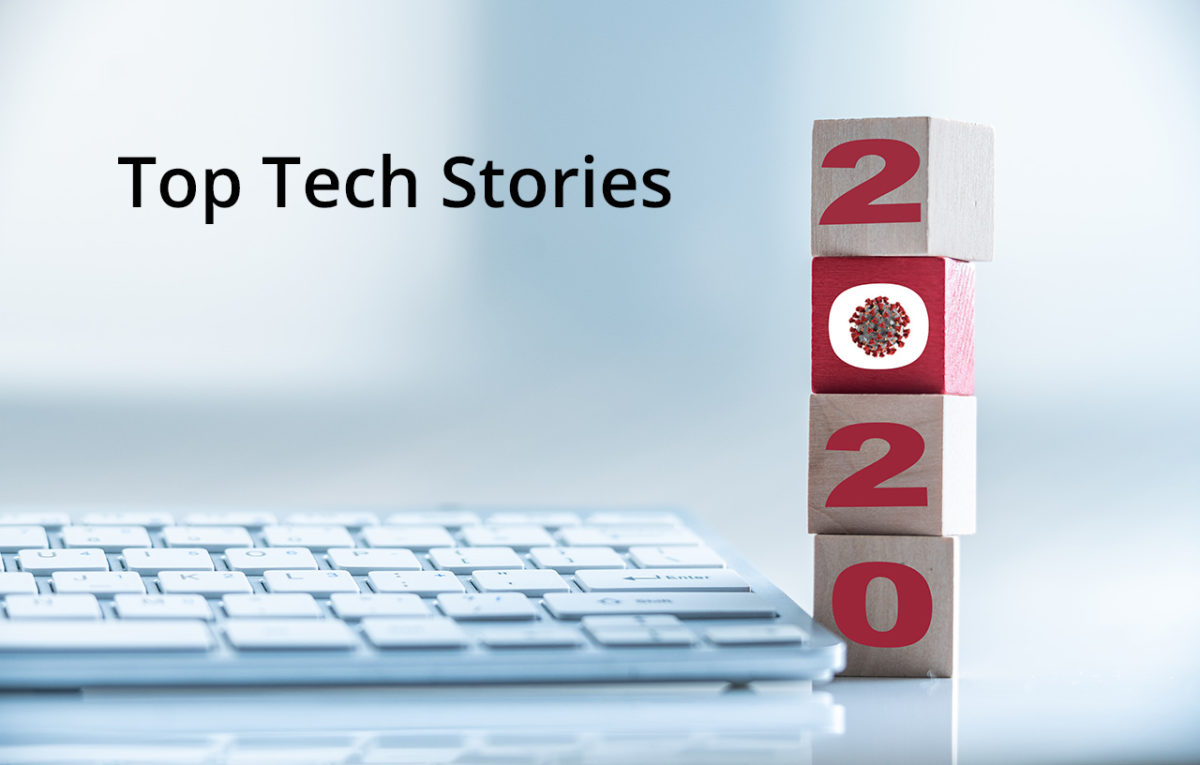 2020 will forever be remembered as the year that COVID disrupted all our lives. But there are some 2020 tech stories that you wouldn’t wanna miss. Significant advances in technology over the past 12 months will  result in dramatic changes to our personal or business lives. Many of them are linked to COVID itself, as organizations scrambled to innovate workarounds to the limitations imposed by COVID restrictions, including the delivery of a COVID vaccine faster than was ever thought possible.

For those of you that may have been overwhelmed by all the COVID news and missed them, here’s a roundup of some of the year’s most significant tech stories.

As reported in a paper published in Nature, DeepMind, a subsidiary of Google’s parent company Alphabet, claims to have finally found a solution to the extremely complex problem of protein folding. After inventing Machine Learning algorithms capable of beating Go (AlphaGo) and Starcraft (AlphaStar) experts, DeepMind has applied those same techniques to creating its AlphaFold program, which can determine a protein’s 3D shape from its amino-acid sequence.

Previously, researchers employed techniques ranging from electron microscopy to nuclear magnetic resonance to X-ray crystallography to “guess” at protein structures with little success and great cost. The AlphaFold breakthrough has ramifications for everything from pharma to research to bioengineering since it will accelerate not only drug discovery but also our understanding of the building blocks of cells.

AlphaFold was built on Machine Learning principles. Interested in getting started with ML?

Perl in 2020? While it’s no longer one of the top 3 languages to learn, there are countless systems that still depend on it for at least some part of their functionality. In fact, even modern versions of the Windows operating system still require Perl routines in order to build.

Perl even had something of a resurgence this year, rising from the #19 spot on the Tiobe index in 2019 to #13 in August 2020. The announcement of Perl 7 in June may have had something to do with that. The last time a new major version of traditional Perl was released (Perl 5) was 1995! Long overdue, Perl 7 has been characterized as just “Perl 5.32 with modern conveniences.” Want to get ready for the transition?

If you follow sports, you’ll know that COVID threw many of them for a loop this year. Some sporting events like the Tokyo Olympics had to be rescheduled, college basketball was cancelled altogether, and others like the NBA, NHL and NFL had to scramble to find a solution that allowed competitive play, while still being safe for players. Despite the solutions, revenue losses were suffered across the board.

Sports betting fared little better. Formerly a multibillion-dollar industry, COVID’s shutdown of the NCAA March Madness basketball tournament alone cost bookmakers an estimated $8.5B. The 2021 sporting season is shaping up to be a little more stable now that the industry has found a working compromise between practicality and precaution.

It had been promised for years, delayed, and then promised again. And as of January 1, 2020 it finally became reality: Python 2 is dead. Or is it? Here’s the latest download trend of one of Python’s most popular packages, urllib3:

On the one hand, it’s great to see 80% of downloads being the Python 3 version of urllib3 (as opposed to the 50% back in January 2020), but that still leaves 20% of developers using Python 2. Fixes for Python 2 vulnerabilities expired on April 20 with the final release of Python 2.7.18.

In the post-COVID work-from-home world, black hat hackers were determined to take advantage of organizations that sacrificed security for speed while enabling their remote workforce. The result was an unprecedented increase in the number of ransomware demands, phishing attacks, and malware exploits.

While some organizations were caught off guard and have regretted moving too quickly, tech companies that had already embraced remote workers took the opportunity to consolidate or even eliminate their leased office space.

If COVID has made your workplace perimeter-less for the first time, you may want to check out our cybersecurity blogs focusing on Pyium=web&utm_content=2020-in-review-top-7-technology-storiesthon solutions that can help you better secure your business:

In the last quarter of 2020, Anaconda started charging for their highly popular, and previously free, Anaconda Python distribution.

That’s a big deal. How big? Java, formerly the world’s most popular programming language had a mere 7.6M users compared to Python’s 8.2M developers in 2019, and that gap has only widened since. Anaconda by far is the largest player in the Python community with more than 20M users of their Python solutions.

If you’re creating a commercial Python application, you should be concerned that this move effectively aligns Anaconda more closely with the way that Oracle started charging for their Java Development Kit (JDK) in 2019. JavaScript’s npm narrowly avoided this track when they were purchased by GitHub in March. But given the trend, it won’t be long before the next open source ecosystem moves to a paid model.

Despite the fact that many health organizations worldwide had warned for years that the next pandemic was just a matter of when, not if, the world was almost completely unprepared for COVID. If there’s any silver lining, it’s that COVID spurred a number of technological advances in its wake.

While the unprecedented speed with which vaccines were discovered was largely due to government funding (which enabled the otherwise prohibitively expensive method of running tests in parallel), Machine Learning (ML) played a part as well:

2020 is thankfully over. In some ways, it was an affirmation of the tech industry, as even laggard businesses and consumers were forced online and found a pretty decent set of tools waiting to help them. 2021 has nowhere to go but up.

The Top 10 Programming Tasks That Perl Is Used For