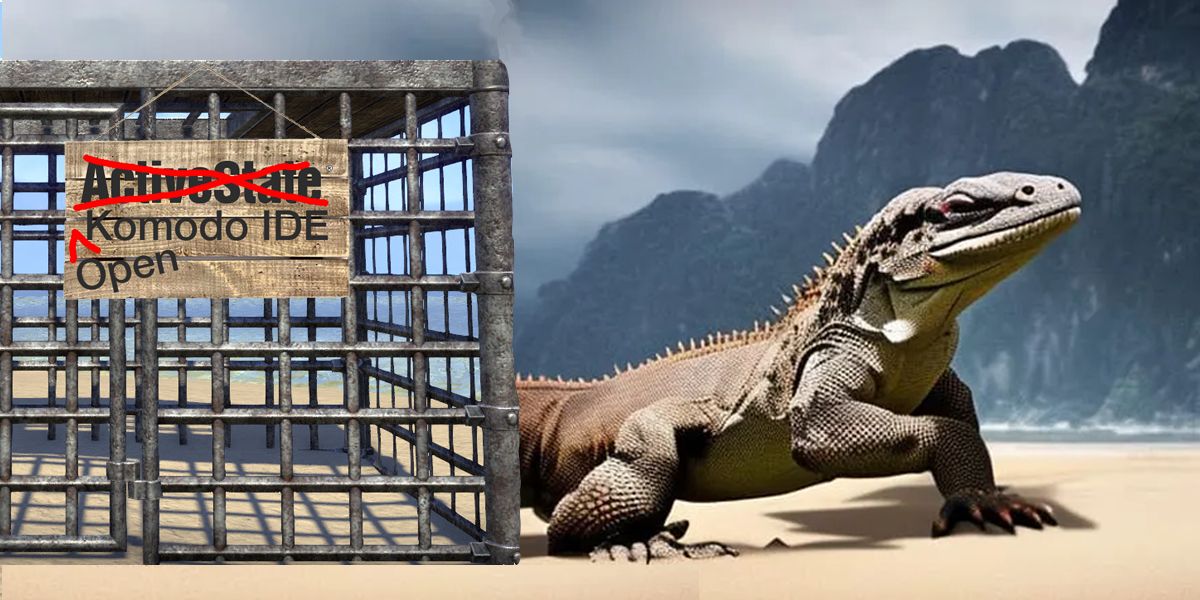 We all know it’s best to rip the bandaid off, so let’s get started.

ActiveState is officially retiring both Komodo IDE and Komodo Edit and open sourcing Komodo IDE.  This has been a long and difficult decision. In coming to our conclusion we wrestled with a number of factors:

Komodo IDE has a vocal, dedicated community of users. It’s a set of users that have often helped us by contributing features and bug fixes to Komodo, or assisted other users by answering questions in the forums. For this reason, we’ve decided to open source the code.  We feel releasing the code to the community is the right thing to do. It follows Komodo Edit, which has long been open sourced under the Mozilla Public License.

ActiveState is open sourcing the entire Komodo IDE code base, minus the revision history.  That’s 3.2 million lines of sweet sweet, Python, JavaScript, XUL, HTML, C++… (you get it…there’s a lot of code and languages involved)!

The Komodo code base is accessed through its GitHub repository, which you can clone and use as you see fit.

ActiveState has committed to keeping the community forums up for at least a year from the date of this post. We are also willing to export the content to be hosted elsewhere if anyone is interested in taking on that management task in the community (obviously, just the threads and not personal user information. We’re not in the email list market).

The extensive existing help information in the forums can act as a significant knowledge base for users and continue to be a central place to ask questions of the community and receive answers. I’ll very likely be there periodically on my own time to help where I can, such as when people are trying to build Komodo at home, or having difficulty making any kind of code edits.

I’ve been working with Komodo for some time now.  I started as technical support in 2011 with little to no development experience, slowly moving to the development team over the intervening years. I’m genuinely sorry to see Komodo retired by ActiveState but the software product lifecycle is a reality every company needs to deal with. We’re sad to retire something so important to our company and its history, but trying to manage the support burden while keeping up with the free editors out there has become unrealistic.  BUT I am/we are EXTREMELY happy for the opportunity to open source the code. It’s been fun to work on a project that spans so many languages, contributors, and has such a passionate user base.

By open sourcing Komodo, ActiveState wants to say thank you to the many users we’ve had over the years.  We’re hopeful you can find uses for the code.

And finally, Nathan Rijksen, the last lead engineer on Komodo, wrote an amazing blog post tracking the UI history of Komodo: The History of Komodo, A Trip Down Memory Lane – ActiveState.  Have a look at how Komodo has evolved over the past 20 years!

So long and thanks for all the shoes!

Visit the GitHub repository for Komodo and prepare to join the community!

The official forums for Komodo IDE and Komodo Edit.

The User Guide for the latest version (v12) of the Komodo IDE.

Komodo IDE has been open sourced under a Mozilla Public License.