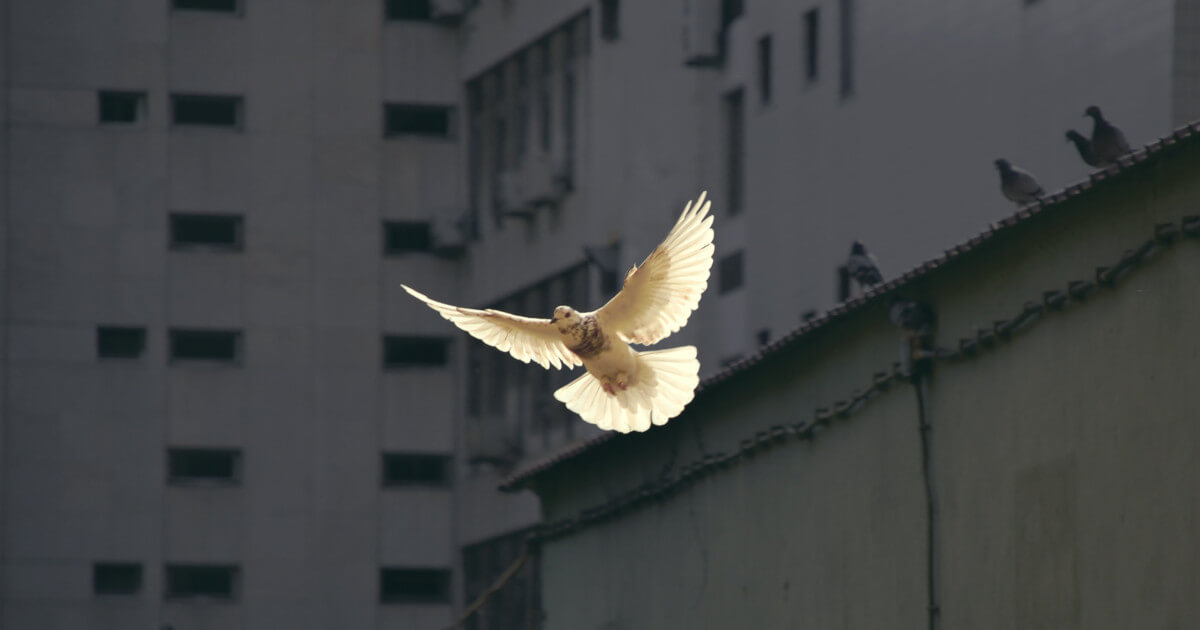 Activators in the Community: Driven to make a difference, one of ActiveState’s core values, activators take the lead in their communities and are involved in good causes outside work. Every month we profile ActiveState’s community heroes and their inspiring efforts to make the world a better place.

This month, we are profiling Carey Hoffman who is coding for peace.

A jack of all trades, Carey Hoffman was a snowboard instructor, a punk/metal band member, a tree planter, and a forest fire fighter (sometimes all in one year) before switching to the technology industry. He joined ActiveState in October 2011, and now works in tech support and quality assurance for Komodo IDE/Edit and Stackato. He is training to become a developer for Komodo.

Born in Grand Forks, BC, Carey has lived in Vancouver for seven years. When he is not taking computer courses at BCIT or working at ActiveState, Carey volunteers up to 20 hours per month (often over) for PeaceGeeks, a Vancouver-based non-profit group which build technology partnerships with grassroots organizations in developing areas to promote peace and human rights.

How did you become involved in PeaceGeeks?

Two years ago, I met the founder at a meeting at BCIT where I was part of an organization called Students In Free Enterprise. She was presenting a new group she was just starting. It was initially called Geeks Without Borders. I was immediately hooked and wanted to join.

Why did you get involved?

I knew that I could use the skills I was learning at school to manage a company’s networks, and help the company make money. But I didn’t want this to be the only thing I did. I wanted to help people, but I didn’t know how. PeaceGeeks gave me the opportunity to use my skills to help someone.

Tell us about what you do at PeaceGeeks?

I work behind the scenes, contributing my server administration skills, and assisting web development projects as needed. One of the main projects I have worked on is for a website called Harrassmap. It is a website that uses a mapping tool called Ushahidi that allows people to map sexual harassment in Egypt using text messages and tweets. This tool not only creates awareness, but also allows women to see what areas they should avoid. The map will also include safe zones, designated areas in the city which are considered harassment-free.

My role was to pull out new map locations from a Drupal site and put them on a Ushahidi site. I also manipulated website templates to improve the look. I am now working on a new script for periodic Google Drive audits that will check files that have been changed or removed on an hourly basis and creates a report for the administration.

What have you learned at PeaceGeeks?

When I work at PeaceGeeks, I am on my own, and I have more say in what happens. So I need to be very critical of myself and of the decisions I make. People trust me and nobody checks my work so I need to make sure that I do things right, it is self-auditing.  At ActiveState, I don’t make many decisions, I just follow orders. I watch people at work, learning how they make decisions and handle situations. I use those moments to guide me when I need to handle a situation at PeaceGeeks.

Kj Woolley, ActiveState’s Systems Administrator, has helped me a lot on how I should handle server issues, he is very open to questions.  The Komodo development team — Todd Whiteman, Eric Promislow, Mark Yen, Nathan Rijksen — are always there to field question when I’m having technical issues as well.  They don’t seem to mind that I should probably working on Komodo instead of PeaceGeeks…

At PeaceGeeks, I am also learning new skills. For example, I am currently practicing Python coding. I also got a really cool new group of friends!

What connections do you see between your work at ActiveState and your involvement with PeaceGeek?

At ActiveState, I have developed my programming skills, and it helps me setting up automated processes at PeaceGeeks, like this auditing script. My work goal at ActiveState is to move to a development position, and this is directly affecting my ability to help PeaceGeeks. I am also now much more confident in my job. Because I am the systems administrator for PeaceGeeks, I need to have confidence in myself and to remember that yes, I am doing this right and I can trust my judgement. ActiveState has been very supportive in helping me grow my development skills. Everybody is very interested in PeaceGeeks, and that’s one of the things I like about working here.

What difference do you think you have made for this group?

I make their administration life easier. I don’t mind working really hard and when a problem arises, I will be one of the first people to jump on it and fix it. I am taking as much stress off the organization as possible so they can grow.

What is the achievement you are most proud of?

The auditing script I am currently doing for Google Drive is by far the most complex thing I have ever written. You don’t notice it is there until something bad happens, but I am proud of it because I have never done this before.