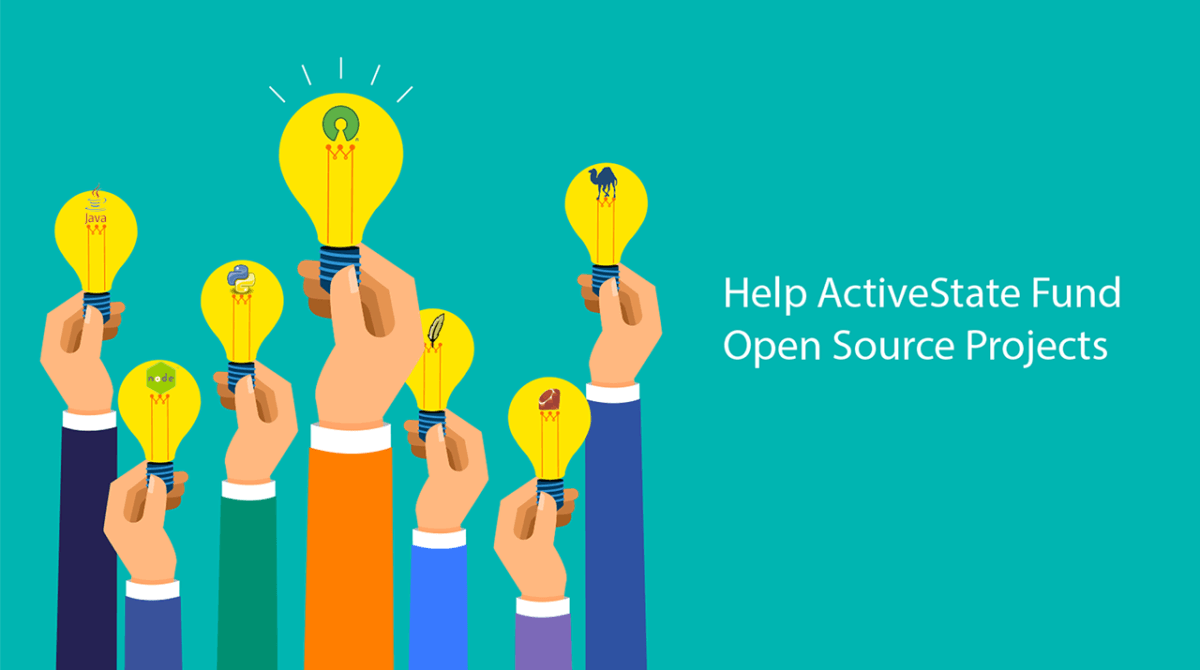 Nominate a Python or Perl project for ActiveState’s donation program and help us contribute to open source. We are eager to help any under-appreciated projects we can!!

This month, ActiveState started in on something we’re happy to announce, an open source donation program driven by community nominations. Python and Perl are foundational to ActiveState and the mission of the ActiveState Platform, so twice a month we’ll be selecting a Python or Perl package from those nominations, and donating $200 USD to the corresponding project. This is your chance to help us contribute to open source.

Some of the projects nominated include:

Rexify is a simple automation framework for Perl which can help you manage local machines and uses SSH as an agent to manage remote ones. Usable with none to little Perl experience, Rex provides a simple DSL that is completely syntax-compatible with Perl.

Requests Python package is a library for Python that makes HTTP requests incredibly easy. It’s simple to use, elegantly designed, and built for humans to use instead of just exposing a mechanism to interacting with machines. It was nominated for its vital role in the ecosystem, its ubiquity in so many workflows, and for its way of making complicated things easy.

Net-SNMP Perl package is a comprehensive suite of applications that implement the Simple Network Management Protocol (SNMP) widely used in computer, device, and network health monitoring. It is the defacto standard for operating systems including Mac OS X, and Solaris, and is also used in products like Broadcom-based cable modems. Net-SNMP is especially close to our hearts because they’ve been using ActivePerl for some time. It was nominated for its comprehensive functionality and its importance to so many Perl programmers writing networking code of all kinds.

From all of us at ActiveState, thank you Requests and Net-SNMP.

If you’d like to nominate a Python or Perl project for our donation program, email us at community@activestate.com or reach out on Twitter (@ActiveState) or Instagram (@activestatesoftware) and tell us why it’s important to you!

We are eager to help underappreciated projects!

This Giving Tuesday, ActiveState is continuing its effort of supporting non profits who empower under-represented communities by helping them embrace programming and technology. There are many groups that could use our support, especially this year. We have picked two.

Let’s all do what we can, and together we will do something wonderful.