How to eliminate “Works on My Machine” Issues 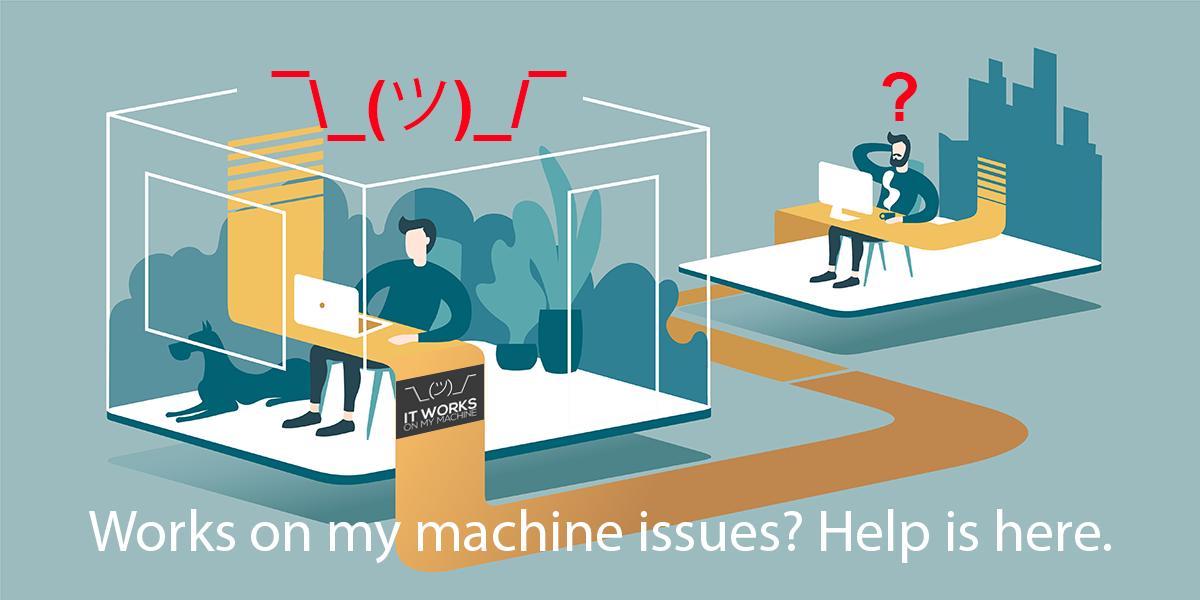 “Works on my machine” issues have been with us for decades, embarrassing both developers and management alike, and don’t seem to be going away anytime soon. All of which is bad news for software development organizations because it means more:

“Works on my machine” is a common refrain heard whenever the local environment configuration (from dev to test to production) has drifted from the established baseline. This drift can be due to a number of factors, including:

Generate your own excuse at http://developerexcuses.com/

Organizations need a better way to proactively ensure environments are configured correctly across the entire software development process, from development to test and CI/CD, as well as through staging and production.

How to Manage Configuration Drift

Whether environment configuration differs within a team (ie., from developer workstation to workstation) or across teams (ie., between development and CI/CD environments, for example), the result is the same: the application works fine on some local system, but fails to run properly on a different system.

Common solutions that organizations use to address these kind of “works on my machine” issues include: 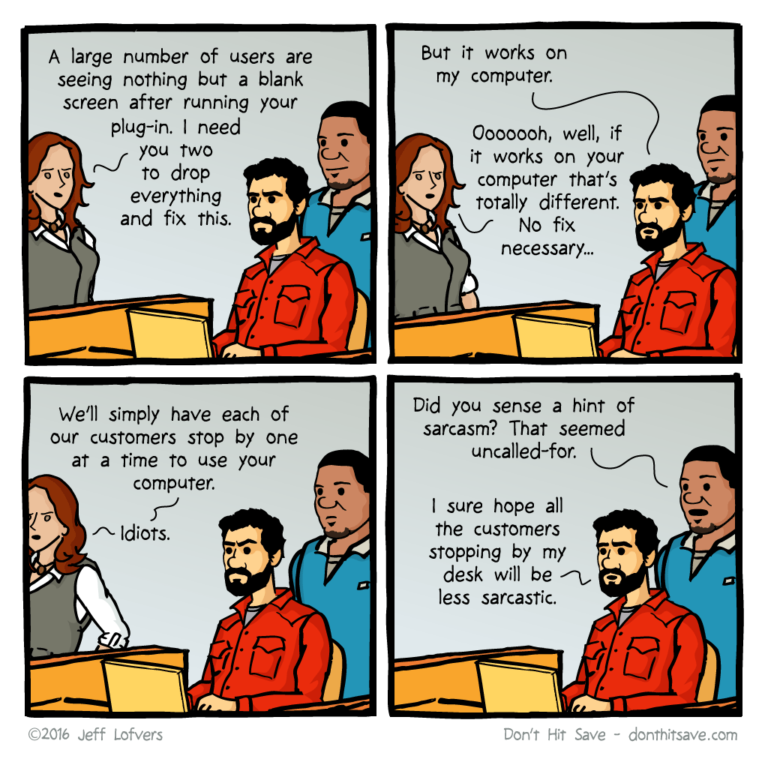 While these are all logical areas to examine for improvements in your software development process, they effectively paper over the real issues, which more often than not lie either in your dependency management process or collaboration methodology, both within and between teams.

In practice, whether you’re working locally or in the cloud, “works on my machine” issues ultimately boil down to three principal problem areas:

The ActiveState Platform is designed for collaboration, and can provide your organization with a significant head start when it comes to creating, managing, and updating runtime environment configurations:

Our customers typically use the Platform to create a centralized registry of approved packages and dependencies that are controlled by a single author, but that developers can freely download and modify on their local systems. This provides for central control while giving developers the freedom to work in their own sandbox.

To see how you can create different branches for different deployment environments using a parent-child inheritance model, watch our video on Reproducible Environments.