An Interview with David Ascher from the Mozilla Foundation 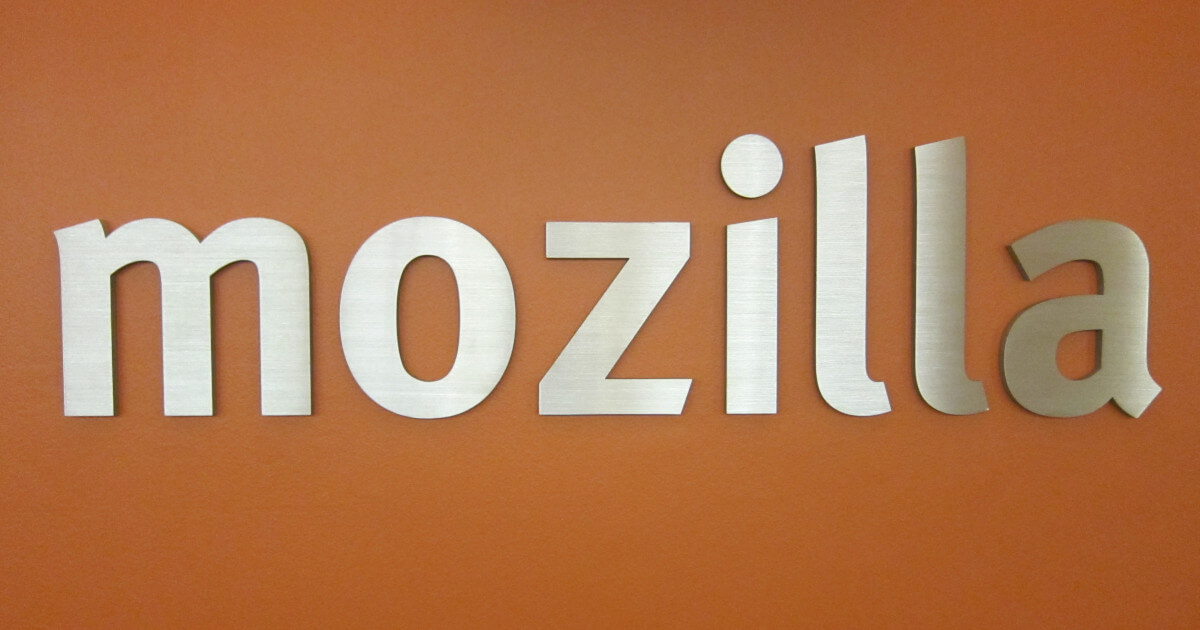 The core philosophy of the Mozilla Foundation is to promote the “values of an open internet to the broader world.” So given the recent announcements about open source technology, Google open sourcing TensorFlow and Automattic’s doing the same for WordPress.com, I was really excited to sit down with David Ascher. He is the VP of Product at the Mozilla Foundation, but was also a big part of ActiveState’s early years (he was responsible for developing Komodo and bringing Python to ActiveState). During our conversation, David discussed the Foundation’s philosophy, open source technology in general, and diversity (or the lack thereof) in the industry.

The Open Internet: the Most Amazing Thing in the Last Thousand Years

Q. Tell me a little more about the Mozilla Foundation and your role there. 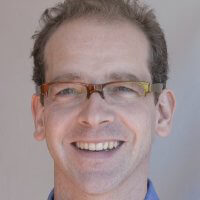 David: The Mozilla Foundation believes that the open internet is the most amazing thing that society has created in the last thousand years.It has led to amazing things in terms of both creativity and opportunity and letting all kinds of people make and create. If we take the open internet in the right direction it can help many more people discover and create, and if we don’t pay close enough attention, and don’t care enough about the stewardship of the whole thing, it’s at a risk of being closed off in some significant ways. Whether that’s in terms of silos, government surveillance that gets out of hand, or through a lack of understanding of the internet as a public resource and get stuck into a purely commercial view of what the internet can be. Mozilla has been talking about this for years.

These days we are trying to figure out how to get more and more people to come work with us on making the internet all that it can be for everybody. My job at Mozilla is to facilitate that and bring technical leaders who want to work with us on these issues. Build better standards, build better products, help people understand how the web works and really work on it commons as opposed to just everyone working in their own little competitive corner.

Mozilla is Changing the World

Q. What are some of the exciting projects coming out of the Mozilla Foundation?

David: Webmaker is a program we have been working on that is aimed at letting first-time smartphone users in emerging markets create content for the web. Based on the analysis that right now most of the web is in English, this means that if you are not able to read English the web doesn’t feel like it’s for you. Many people in emerging markets are seeing the internet only through the lens of a smartphone, where the currency of content is the app. And most people do not have the ability to create apps or the skills, especially as it takes a lot of money to create one. So with Webmaker we are trying to provide something that makes it really easy for somebody with basic digital literacy skills to tell their story on the web, using tools we built and curriculum to go along.

We also work with existing networks of people who are working together on common topics. For example, the Mozilla Science Lab is working with scientists trying to figure out how to use open data to enable better science; We’re also working with news developers who are trying figure out how to help news organizations thrive in world of the internet, whether that’s with open source, open data, or cloud related efforts. One cool project there is called the Coral Project. It’s trying to figure out if we can build machine learning systems that help news community managers tag comments as being helpful or not helpful, funny or harassing, those kinds of community management tools. Trying to make a world where comments aren’t the worst part of the Internet. So there’s a bunch of thinking about what is it about commenting systems that leads to that behavior.

As well, there is a lot of digital literacy work going on. Right now most kids (at least in North America) hear about the internet from their friendly neighborhood police officer, which is probably not the best lens on what the internet could be about. So can we build curriculum or tools that allow a slightly more optimistic view of the internet? And make it so that it’s not always the kids who know more about the internet than the teachers.

The State of Open Source Tech

Q. Do you feel that open source has become an integral part of businesses and generally accepted now?

I guess I feel like open source now is almost not that useful a label because it really depends on what you mean by open source. There are open source projects that are very much for the commons and that are built in collaboration by individual developers around the world having them code together. And that’s very, very different than open source as a strategic weapon for a company that is trying to build relationships with developers or partnerships with others. So I think in some ways open source has become mainstream and in some ways is a little fragmented in the sense that people use it for very different purposes. For example, enterprise open source and developers working together on open source don’t actually share a huge amount of culture. They might both be on github, but that’s about it.

Docker and Reaching Out to the Developer Market

Q. With the current valuation of Docker being $1B…what’s your take on large valuations for open source technologies?

David: It doesn’t feel new or particularly large, MySQL was sold for $1 billion to Sun and was open source. Linux has an aggregate value that’s enormous. I guess the point of the valuation is not actually the value in the technology, it’s actually the value in the relationships with developers using the technology. Docker is not the first container technology to come around, but is one where that project found a way to articulate the vision in a way that found a lot of traction with a lot of people who before felt that containers were too obscure.

Q. How difficult is it to market to developers?

David: I think developers are really cynical because they realize that they’re marketed to a lot, so I think they are very attuned to detect what’s a real open source project and what is a white-washed one. But also, I think developers will just try a program, so in some ways the marketing is secondary to the actual utility of a project. It’s hard to get developers to adopt a thing that’s not actually useful to them. Developers can try something in five minutes and look at it, but you have to get them to give you those five minutes.

Q. Do you think the immediacy that the product or service does what they want right away is important for adoption?

David: Developers are incredibly sensitive to productivity gains and everybody thinks they can sell them productivity gains, so you have to convince somebody that there really is one. This is why things like developer methodologies are usually harder to get people to adopt because there is an onboarding and learning that often takes time before you see the results. Whereas, something that automates an existing workflow that we have–makes it easier, faster, whatever–that’s easier for them to adopt.

Developing an Idea and Turning it Into a Product

Q. Where do you get your potential product ideas?

David: I think for me, ideas emerge out of the culmination of other ideas, both my ideas and other people’s. But usually getting other brains involved is a useful thing. If it’s just me and my brain, then we end up with the same ideas over and over again, whereas if you bring in people with a very different perspective it will shake your brain into unusual patterns and activity.

Q. I saw on your blog that people have called you a “product person”…and you’re fascinated with the process of “converting an idea or a pile of code into a product” Any advice for new people/companies starting out who have these ideas/code that they want to turn into something more?

David: User testing is the short answer…you will think your idea is good and you will fool yourself into finding evidence for that. Other people, especially people who are likely to be real users are not as likely to fool themselves or fool you into it. And so going out into the real world, leaving the office, finding real people who you are actually trying to convince to become users of your product, and getting them to give you honest feedback about the idea, is something you can do with a piece of paper. It doesn’t require writing any code. So even though code is attractive and you want to build a prototype, I would in general recommend starting with little emotional commitment in an idea and instead commit to testing the pitch, testing the aspiration, testing the messaging. Based on that, get users to tell you what they think you should do. Hold back on implementation because implementation is expensive–that’s the key. People do way too much, go build the thing, and then they try to see if people will use it.

Diversity in Open Source and Tech

Q. Do you think certain open source projects attract like minded people who want to work on a specific project or is there some diversity in who they attract?

David: I will say that depends a lot on the leadership of the project. Some are designed in a well-managed way to invite a diversity of perspectives and backgrounds. Others are pretty narrow in their focus and they will end up with people who think similar things. And my money is on the former.

Q. What’s your take on the lack of diversity in technology?

David: The numbers are terrible. As an industry, we are not as diverse as we need to be, either because it’s the right thing to do or because we actually end up with worse ideas if we’re all the same.

Some of the things that we are trying to do is to make sure that we are not setting up implicit biases in our selection processes–everything from doing name blind resume reviews to doing interviews on IRC where we don’t know what the person looks or sounds like. We also check the language that we use in job descriptions to make sure it doesn’t have implicit biases. A whole bunch of work upstream in terms of facilitating the contribution that women and other under-represented groups can have in these industries; telling stories that highlight the diversity of people in the industry, etc. There’s just so much work to do.

And I guess from an open source perspective, I think open source has not done very well in this topic in the last fifteen years. I have very little patience for those projects that are not actively trying to make that problem better.

Learn more about the Mozilla Foundation and to find out how to join them visit their website.