5 key open source lessons from the past year 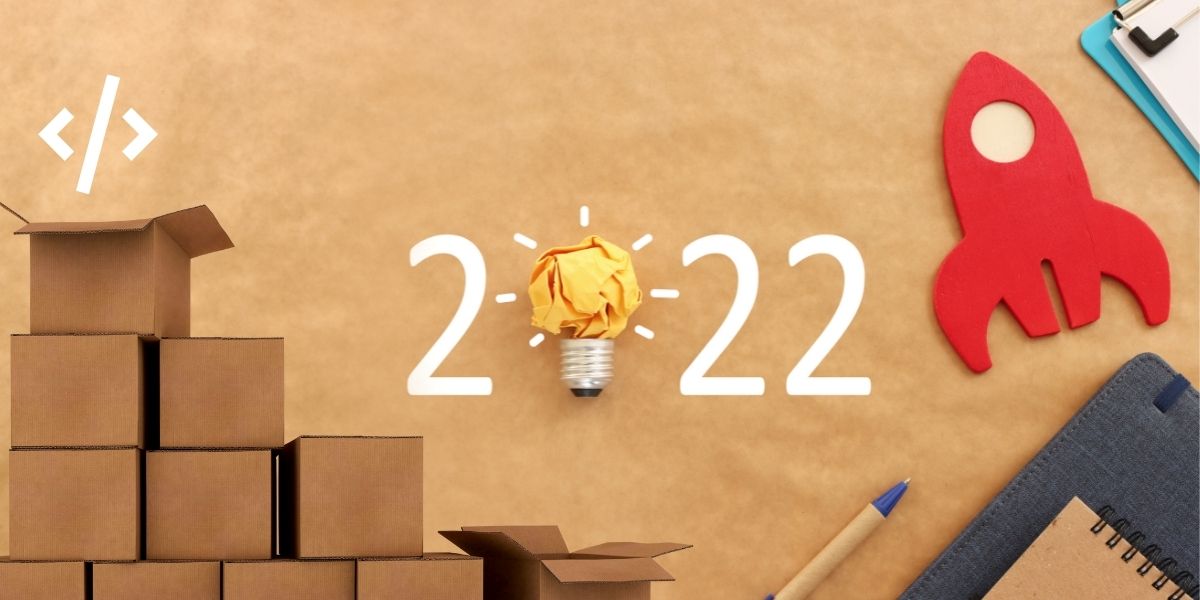 It’s January 2022, and it feels great to finally put 2021 behind us. While the world has yet to return to normal (or coalesce around a new normal), 2021 provided us with the equivalent of 3 steps forward and 2 steps back as we continued to stumble toward that goal. Not only in our everyday lives but even more so in our open source endeavors.

For example, consider the fact that we managed to (mostly) survive the first wave of COVID only to be hit by the second major variant of concern (Delta) and then the third (Omicron) just as the economy seemed to be recovering, but is now plagued by supply chain shortages and growing inflation.

See what I mean? Those of us in the open source world seemed to fare no better in 2021. Despite cheering the successful flight of an open-source-driven helicopter on Mars, we’ve been plagued with an eight year old critical vulnerability in Java’s Log4J, reminded of just how much Python 2 is still out there and even upbraided by President Biden himself.

But there are lessons to be learned from 2021 as we plan for 2022. Here are the stories from the past year that can help you put your best foot forward in the coming year.

Python 2 Still in the Supply Chain

Python 2 was officially sunset on January 1 2020, but according to PyPIstats.org its use has not decreased even after almost two years. For example, the download volume for the popular package urllib3 has remained unchanged:

While the proportion of the Python 2 downloads of urllib3 has gone from ~50% of all downloads two years ago to ~16% today, in absolute terms, daily download volume remains the same at ~1.5M. The implication is that new Python users have adopted Python 3, but older users continue to work with Python 2, which has had numerous critical vulnerabilities logged against it since it went EOL.

Read more about the Python 2 threat in your supply chain and what types you can take to reduce your risk.

Even more ubiquitous than Python 2 is the Apache logging library, Log4j, which has been around for much the same length of time, but is in far more widespread use across countless industries both private and public.

The zero-day Log4Shell vulnerability itself has been around since 2013, but was only reported late last year. It promptly received the highest (10.0) Common Vulnerability Scoring System (CVSS) security rating since it enables remote code execution, potentially allowing hackers to gain remote access to sensitive systems and data. Much like with Heartbleed, ShellShock and other widespread critical vulnerabilities before it, software organizations everywhere dropped what they were doing and got to patching.

The good news is that we’re getting much better at addressing critical zero-day vulnerabilities in just a few days, as exemplified by the quick turnaround fix by the Log4J team.  But the real significance of these kinds of widespread, critical security flaws is to heighten awareness of cybersecurity among the CxO crowd. Without long-term corporate sponsorship, though, these kinds of cybersecurity fire drills will remain just that–fire drills.

US President Biden called for bold software changes in response to the dramatic rise in cyber attacks during the pandemic, including some never-before-seen hacks to both physical and software infrastructure. Some of the changes called for are eminently pragmatic, including;

Other suggestions describe long standing problems for which practical solutions are still aspirational. But when the President of the United States puts open source security in front of issues like the pandemic, global warming, and the economy, the status quo is no longer tenable and new solutions need to be explored.

Read more about the US Executive Order and how it impacts you.

How Secure is the Software Supply Chain?

Given Biden’s Executive Order and the growing spike in supply chain attacks, we conducted a survey in 2021 of nearly 1500 software professionals who shared with us how secure their use of open source is.

Some key takeaways for 2022 planning include:

ActiveState has always professed the goal of having an ActiveState solution on every device on every planet. Unfortunately, we missed out on the opportunity of supplying open source to the first-ever Martian helicopter flight which was powered by multiple open source projects from Python to Linux to yes, even Log4J.

The Mars Helicopter ran on a version of F Prime, which is a flight software framework built by JPL for CubeSats, small spacecraft, and instruments. It was open sourced by NASA in 2017 and can be found in its open source catalog,

The helicopter looks more like a passion project than rocket science, being composed of an open-source OS (Linux), open source flight software (F Prime), and commercial parts that you can buy off the shelf, including two cell phone cameras.

Want to build a Mars Helicopter of your own in 2022? Start here.

Looking for a turnkey software supply chain solution in for you and your team in 2022?

The ActiveState Platform is available for developers and professionals to try for free.

Want to get a free demo to see how it works for your security needs? Send a message to our team who can help you better understand our Platform and how it can integrate with your existing workflow. Contact us for a demo