Everything You Need to Know About Dependency Vendoring 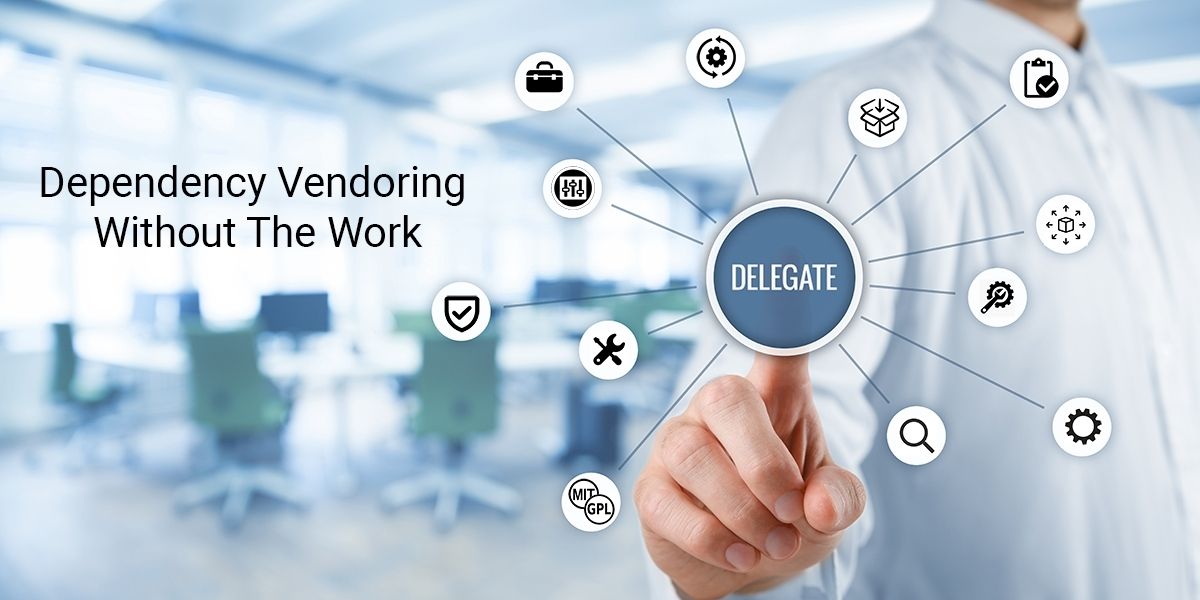 Dependency Vendoring is a dependency management strategy that recommends including third-party software source code directly in your product’s codebase. In practical terms, that means checking open source dependencies into your source control system rather than relying on a package manager to install the dependency on demand.

Determining whether the pros outweigh the cons for your project(s) depends on the software development processes your organization has adopted. In some cases, dependency vendoring may introduce more work than it solves. But what if you could make dependency vendoring someone else’s problem?

Dependency Vendoring as a Service

There are actually quite a few aspects of dependency vendoring that are available “as a service” today for the simple reason that manually trying to manage all the tasks associated with dependency vendoring is a recipe for disaster. As a result, most organizations rely on automated tooling to help with tasks like:

Unfortunately, automating all these tasks means cobbling together multiple tools and processes since no existing solution automates them all out of the box. Worse, much of the automation on offer is only minimally effective. For example, it’s one thing to be notified of a vulnerability and a newer version of the dependency that resolves it, but quite another to build that new version, ensure it works with your existing environment, and redeploy/update all your existing dev, test and production instances. In practice, this kind of self-serve automation really means developers end up dedicating a large chunk of their time to continuously managing dependencies rather than coding, thereby increasing operational costs and time to market. 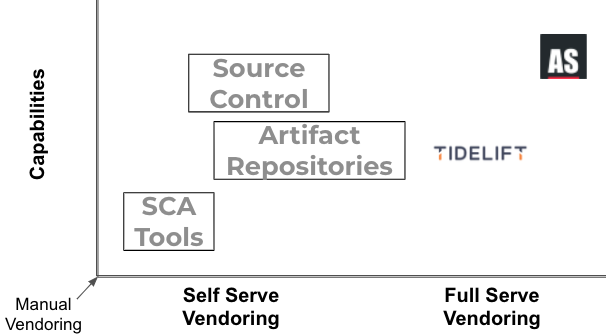 For this reason, there is an emerging class of full-service providers that can take much of the non-differentiating dependency management work off your hands so your developers can focus on delivering differentiating features and functionality instead. These vendors include:

In summary, self-vendoring is a proven solution for reducing security risk and avoiding version conflicts, but creating the infrastructure to allow you to vendor your dependencies at scale AND remain responsive is an expensive proposition. This strategy becomes exponentially more difficult to maintain in diverse environments which can significantly reduce time to market. To learn more about ActiveState’s managed distribution offering: