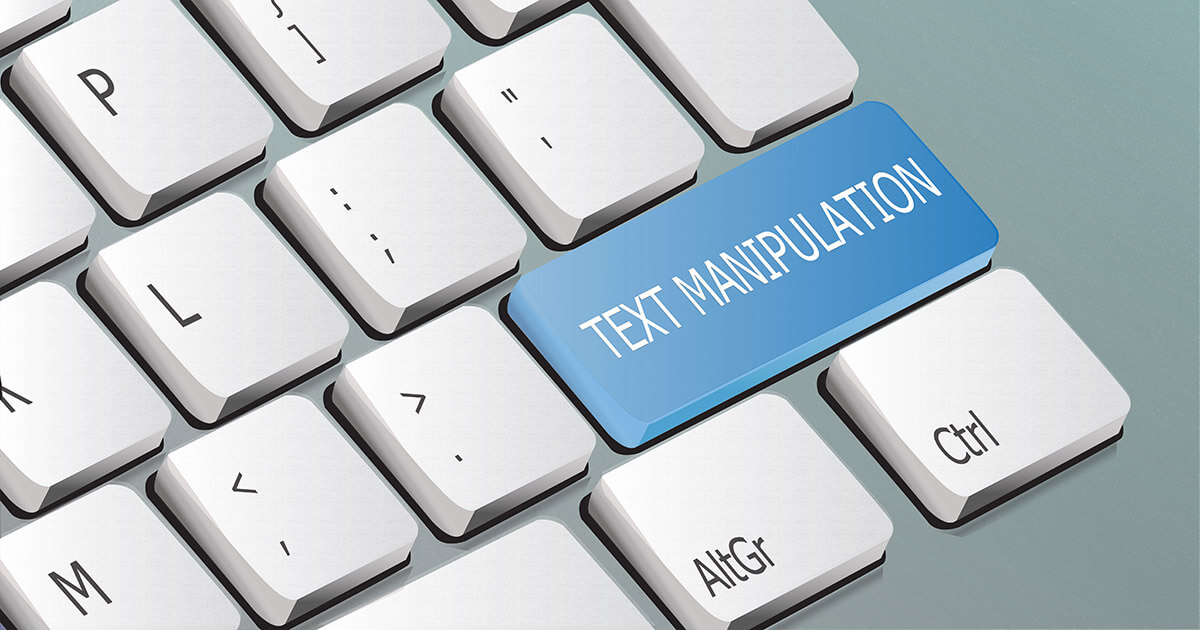 Perl has often been called the swiss army knife of scripting languages, but one of the most common use cases is string manipulation. After all, it’s right there in the ‘backronym”: “Practical Extraction and Reporting Language.”

Perl’s very rich and powerful regular expression (regex) engine makes it easy to do basic string crunching, but by adding a few community-created modules, you can manipulate all kinds of text-based resources. In fact, we’ve put together a Perl 5.28 runtime environment to support just that. You can get it here for Linux and Windows: Perl Text Processing Runtime by signing up for a free ActiveState Platform account.

Regular Expressions (regex) are one of the most common ways to parse text and extract or identify components. Use cases are almost infinite, but some of the most common ones include verifying that an email address is valid, or that a password conforms to your requirements.

When you create a regex, you’re really just defining a search pattern using an expression. Some of the most common classes used to create regex expressions include:

While regex capabilities are built into the Perl language, creating and maintaining regexes is a pain. This is why resources like the Top 15 Commonly Used Regex exist.

HTML parsing provides you with the ability to recognize hypertext markup and either strip it out or separate it from content (ie., text) on Web pages. The main use case for HTML parsing is “web scraping,” whereby a Web site’s content is extracted typically for purposes of analysis, indexing, searching or re-use.

Because parsing HTML with regexes is the path to madness Perl modules like HTML::Parser were written to help recognize both standard and non-standard HTML implementations, simplifying the extraction of data from HTML.

The following example (from the HTML::Parser doc) shows how you can use HTML::Parser to print out any text found within an HTML element (in this case, title) of an HTML document:

While this is a fairly straightforward example that’s unlikely to be tripped up by too many Web pages, the idea with using HTML::Parser is to try and avoid as much as possible having to look at the underlying HTML code.

If XML is readable in the same way that sand is edible, then JSON is like taffy: you have to chew on it for a while before you can digest it. To simplify working with JSON, you may want to extract just the relevant info you need, or perhaps transform it into something like a Perl data structure so you can more easily query it.

The JSON-MaybeXS module provides you with a simple way to encode and decode JSON to/from Perl data structures:

There’s a wealth of community modules that can help simplify just about any task associated with manipulating, extracting and transforming strings besides the ones highlighted in this blog. In the Perl Text Processing Runtime we’ve included some of the most common ones, such as:

If you want to test out any of these libraries, the easiest way is to just download our Perl 5.28 runtime for Linux and Windows by signing up for a free ActiveState Platform account.
If you want to more ways to practice working with text in Perl, or if you just need a few more examples, a good resource is the Perl CLI Text Processing repository on Github.