After meeting with and sitting in on speaker sessions at OSBC 2010, here are the top quotes we heard – from speakers, audience participants, and other contacts. And what to take away from it. (Some identities have been protected.)

“Open source is like Prison Break for developers, can we put a fence around this?” – Audience member in IT management. “No you shouldn’t. Let them free.  Just put a radio tracking collar on them.” – Analyst

Companies are allowing developers to download open source bits to make their jobs easier and faster, and enable them to be creative. But they can’t have chaotic environments in IT or any other department. So they want to be (and should be) aware of what open source bits are going into their software.  Developers may not care about compliance, legalities, and distribution rights – but managers and companies do. So they will be (or are already) tracking use of open source code  so they can take the necessary steps to reduce risk, and ensure proper licensing is in place (if required).  So “big brother” isn’t watching YOU… just the code you write.

“Software built on pride and love of subject is superior to software built for profit.” – Ravi  Simhambhatla, CIO, Virgin America

This is the foundation for Ravi’s philosophy around open source, and why this visionary has migrated a large portion of his IT stack to open source components. Don’t we wish more CIO’s were like Ravi?

“In the past, Virgin’s IT stack was Microsoft-based because it was the easy choice….  To get Virgin America executives to allow us to migrate to open source, I didn’t run around wearing an ‘I Love Penguins’ shirt, I built the business case based on TCO of open source vs. proprietary software.” – Ravi Simhambhatla, CIO, Virgin America

Want to get your bosses to understand why you want to use more open source? Don’t speak geek, speak their language. Show them how open source costs, even when incorporating consulting, implementation, training, and maintenance – are lower than the equivalent proprietary software.

“You have to be responsive to your community – the cous-cous eating hippies on the Internet.” – Audience participant

We chuckled at that term. But agreed when Rob Bearden (from Benchmark Capital, investors behind open source companies like mySQL, Pentaho, JBoss, and SpringSource) advised commercial open source software vendors to be subservient to their communities. And to rely on communities for functional prioritization, QA, innovation, and market acceptance.

“Open source developers were seen as ‘cancers’ inside the organization. But the Obama administration’s stance on open source has helped traditional government employees see the viability of open source for government, and not just as ‘fun stuff’.” – City IT employee audience participant.

Whether you’re a city, state, or federal employee, open source makes it easy to skirt bureaucracy to get started on your projects by starting with the community editions of most open source software. Get started on your project while you wait for signature on PO’s for commercial support! For example, our ActivePerl, ActivePython, ActiveTcl commercial-grade language distributions are free to download and use for Windows, Linux, and Mac. When you need a commercially-backed support contract, just keep using the same bits and come to us for Business Edition.

“All the things you considered with proprietary software still need to be considered with open source software to make sure it’s enterprise-ready…. because it’s still just software.”  – Bob Sutor, VP Linux and Open Source, IBM Which was parroted by the IT guys at Aviall: “Open source is neither something to be feared nor is it a panacea… it’s just software.” And Virgin America: “Choose open source NOT for cost alone; should not be at the expense of quality, stability, and reliability.”

Whether you like big blue or not, Bob Sutor is right. But what does “enterprise-ready” mean? It means that you need to make sure that if lots are people are going to use it, you still need to consider these things when deploying any kind of software: is it reliable (it doesn’t crash), is it always available (it’s always up), is it scalable (will it work if 100 or 100,000 people are using it), is it interoperable (does it run on Windows, Linux, Solaris and other platforms), does it perform (is it as fast as your users need it to be), and does it integrate or work with other software and data you already have?

“If developers’ pains are Java and .NET, the antidote is dynamic languages and frameworks.” – Jeffrey Hammond, Analyst, Forrester

Lean development and agile development in IT are both gaining ground as more lines of business customers are demanding fast development and deployment of applications. If old methods and technologies are slowing down IT departments, they are not rewarded. Jeffrey went on to say, “Lines of businesses support dev teams that produce value.” They have no time for ones that are not helping push business forward. What kind of developer are you?

“Open source isn’t about saving money, it’s about doing more stuff, and getting incremental innovation with the finite budget you have.” – Jim Whitehurst, CEO, Red Hat

In his keynote remarks on Wed., Jim emphasized what many other speakers at OSBC re-iterated. Business units are demanding more innovation through technology, and they need to get it done without getting more budget. With the low acquisition costs of open source software, and easy access to information from open source communities, it’s enabling IT departments to innovate faster and be a hero in their businesses.

I think this shows that although open source is an option that’s being adopted more into the mainstream, the fact that “lack of internal skills” is #2 on the list means that there’s still a misconception of open source. Because of the vast amount of information available through communities, it’s easier for staff to gain knowledge of open source technologies more so than proprietary ones.

“Who has the data has the power.” – Tim O’Reilly, Founder & CEO, O’Reilly Media

Last, and certainly not least, this statement from Tim O’Reilly (with 1.4m Twitter followers, was voted the most powerful voice in open source by Mindtouch) was Tweeted and Re-Tweeted several times after his closing keynote on Wed. In the past, proprietary software vendors held power. Today, open source is making the software game an even playing ground. But power in the future is not about code, it’s about data. Open source code may help Google serve up useful maps and information to you… but it’s not just their search algorithms that make us want to use it. It’s the valuable information – the data such as photos that are served up in Google street view maps – that gives Google its power.Slides from Tim O’Reilly’s keynote are available here: Open Source in the Cloud Computing Era.

See you next year at OSBC! 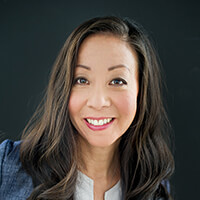 VP, Sales & Corporate Development Angie brings more than twenty years of experience in the software industry to her role as head of sales and corporate development at ActiveState. Angie re-joined ActiveState in 2017, after working for HPE from 2015 - 2017 as a part of the HPE-ActiveState Stackato acquisition. She loves to work with customers on their innovative new projects. Angie's successful career has included start-ups and large organizations since earning her Bachelor of Commerce from the University of British Columbia.

VP, Sales & Corporate Development
Angie brings more than twenty years of experience in the software industry to her role as head of sales and corporate development at ActiveState. Angie re-joined ActiveState in 2017, after working for HPE from 2015 – 2017 as a part of the HPE-ActiveState Stackato acquisition. She loves to work with customers on their innovative new projects. Angie’s successful career has included start-ups and large organizations since earning her Bachelor of Commerce from the University of British Columbia.