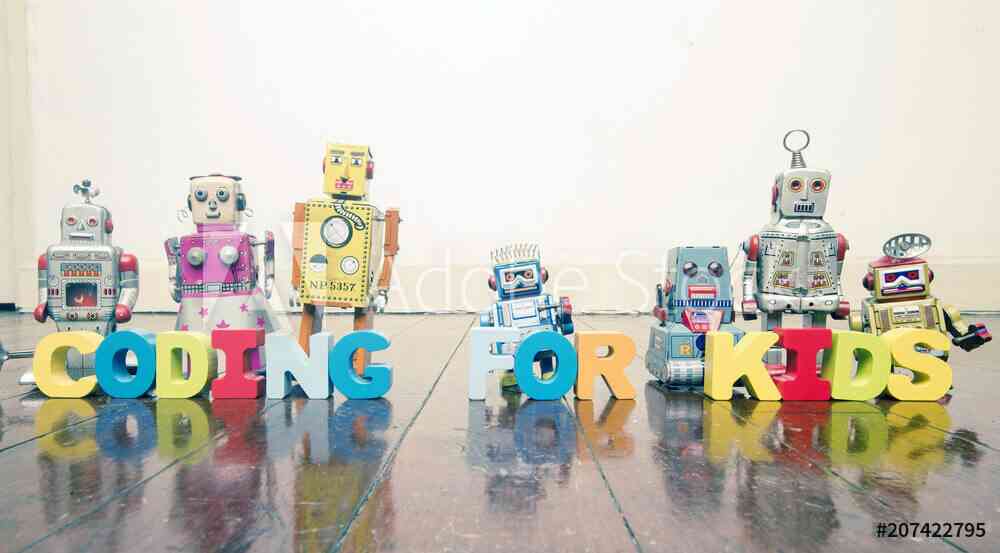 With many children now at home as schools are closed and shifting to online curriculums, there are several ways for parents and caregivers to keep their kids engaged and enthusiastic about learning. In particular, teaching young children to code provides a great opportunity for them to think creatively and work collaboratively, in conjunction with developing their problem-solving skills. With the advent of the 21st century bringing rapid advances in technology, computer literacy, programming or knowing how to code is a valuable asset for anyone to have, and it’s never too early to start building a foundation.

While teaching kids to program might seem like a daunting task, the proliferation of more accessible resources such as websites, programming courses, and games allow for coding to be enjoyable and digestible for an array of ages. We’ve curated a list of coding-related toys and tools that will keep children entertained and occupied so you can get to work on your own programming tasks.

First launched in 2007 by the MIT Media Lab, Scratch is a visual programming language that involves manipulating pre-made drag-and-drop modules of code. Scratch focuses on the creative aspects of coding, allows users to program and share their own interactive stories, games, and animations with minimal typing and troubleshooting. Scratch teaches core computational concepts such as iteration and conditionals, as well as various mathematical concepts including coordinates, variables, and random numbers.

Its simplified counterpart is ScatchJR, which was a redesign aimed at ages 5-7 to better support and enable young children’s cognitive and emotional development. Colorful, jigsaw-like pieces of code can be combined to make characters move, jump, dance, and sing. These characters can be colored and modified to add voices, sound and images, and then programming blocks make them come to life.

Taking inspiration from the Montesorri method of education, Cubetto is a simple wooden robot that shows your child the basics of computer programming through hands-on-play. Cubetto teaches coding without screens, aiming to increase engagement and enhance learning irrespective of reading ability or language. It works straight out of the box, and requires little setup and experience to start teaching.

Cubetto uses a coding language that can be touched and manipulated like Legos, with each block representing an action. By placing the and combining blocks on the board, they create programs that tell Cubetto where to go, while introducing a host of programming concepts such as the queues, debugging, and recursion. 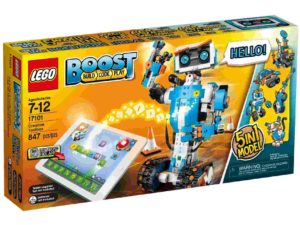 LEGO BOOST upgrades your regular Legos into a specialized toolkit that teaches young builders the basics of coding, engineering and robotics. Kids can build and code interactive, motorized creations from scratch with built-in distance, color and tilt sensor technologies for a variety of projects. Programming is simplified into a drag and drop interface, so that children of all ages can create models with motors and sensors, and then bring their creations to life through intuitive, icon-based coding commands. By switching between guided and open-ended play, kids will cover essential programming concepts such as loops and variables, while exercising their imagination and creative thinking.

In a similar vein, Lego MindStorm caters to a slightly older demographic with options of using more advanced languages, including the previously mentioned Scratch. 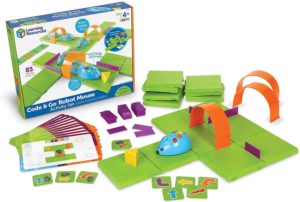 For toddlers and preschoolers, “Colby” the Robot Mouse can be a great introductory toy to start getting familiarized with the basics of logic and sequencing. A range of colorful coding cards keeps track of every movement in a sequence, allowing for Jack to be programmed up to 40 steps. Use the pictorial direction coding cards to plan a path; then, program the mouse with the push of some buttons to send him on his way through mazes and obstacles. 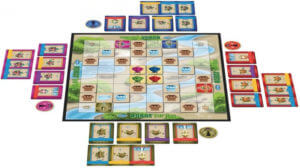 Holding the title of the most backed Kickstarter board game of all time, Robot Turtles teaches preschoolers programming fundamentals and functions, but disguised as an interactive game the entire family can enjoy. Inspired by the Logo programming language, players can dictate the movements of their tokens on the game board by playing various Code Cards and their actions, with mistakes being undone with “Bug” cards. Robot Turtles teaches children 4+ the ins and outs of basic coding functions in a fun, tactile game ideal for up to 5 players. With increasing difficulty levels from Beginner to Advanced, new obstacles and more complex Code Cards are always being introduced. 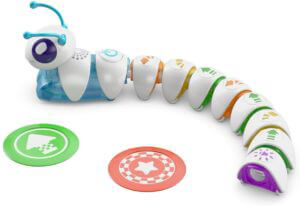 Code-a-Pillar encourages preschoolers to rearrange segments to send this robotic caterpillar along a programmed path, complete with a motorized head, lights, and sounds to keep kids entertained. It’s comprised of several connectable segments that “program” the toy how to move, dance, and even wait before continuing. After rearranging the segments a few times, kids will naturally determine that different combinations affect his path, opening the door for problem solving and experimenting with how to get him where they want. 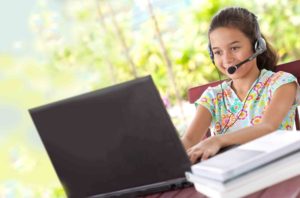 With school schedules out of sorts during the pandemic, CodeWizardsHQ classes can bring some sanity to the household. These not only give your kids a chance to learn coding from experienced developers but also tie them to a schedule and a program. Designed for kids and teens alike, CodeWizardsHQ’s online classes from grades 3 to 12 teach everything from fundamental programming concepts to machine learning. Each class builds on what the kids learned in the previous one and their progress is reported to you on a weekly basis.

During the course of their curriculum, they will build their own real-life portfolio with web pages and apps that actually work. They use a system of gamified rewards that keeps children interested. Being programmers, you’ll be able to impress them with answers to any curious questions, and maybe you can even code something new together! 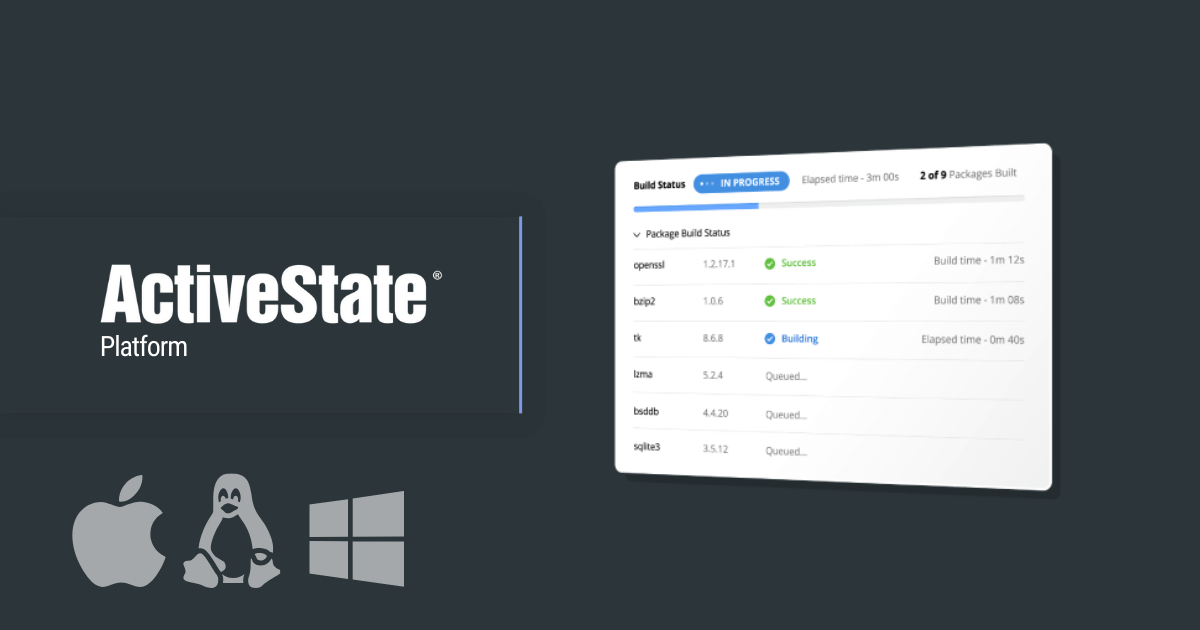 No kidding! Our open source language automation platform can help you save precious time usually spent on tasks like resolving dependencies or making your runtimes reproducible on all the machines in your team. It can help you jump to quality coding much faster and stress less about your project deadlines… leaving you with more time for your kids.

Our open source languages platform is also a great tool if you want to do some learning of your own. Many of the above toys skip the hassle of pre-configuration and setup, so you can jump straight into experimenting and being creative with programming.  You can do the same with our mini runtimes; get started with our machine learning project for Linux or Windows, which comes pre-packaged with all the most popular ML packages!

Home » ActiveState Blog on Open source » Working from home? How to keep the kids productively busy while you are programming.
open source, programming, software development