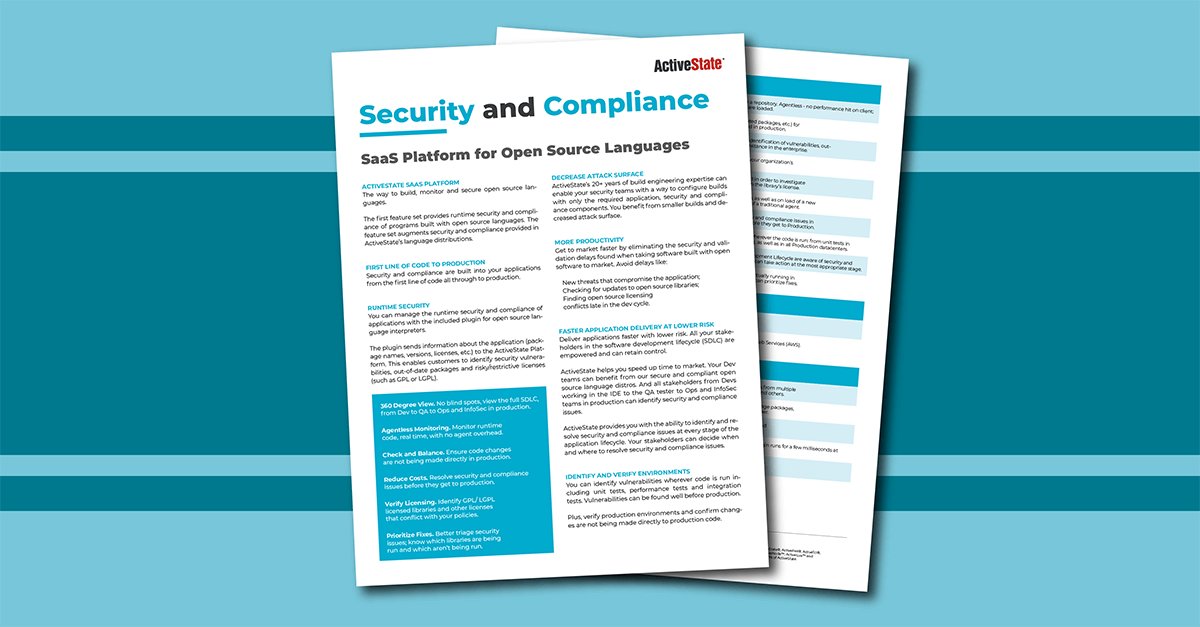 In modern applications, 80% or more of the code typically comes from open source dependencies, but importing, building and consuming open source can expose you to undue risk unless you’ve implemented strict security and integrity controls. The ActiveState Platform can help you with your open source safety and integrity needs.

First Line Of Code To Production

Security and compliance are built into your applications from the first line of code all through to production.

You can manage the runtime security and compliance of applications with the included plugin for open source language interpreters. The plugin sends information about the application (package names, versions, licenses, etc.) to the ActiveState Platform. This enables customers to identify security vulnerabilities, out-of-date packages and risky/restrictive licenses (such as GPL or LGPL).

ActiveState’s 20+ years of build engineering expertise can enable your security teams with a way to configure builds with only the required application, security and compliance components. You benefit from smaller builds and decreased attack surface.

Get to market faster by eliminating the security and validation delays found when taking software built with open software to market. Avoid delays like:

You can identify vulnerabilities wherever code is run including unit tests, performance tests and integration tests. Vulnerabilities can be found well before production. Plus, verify production environments and confirm changes are not being made directly to production code. 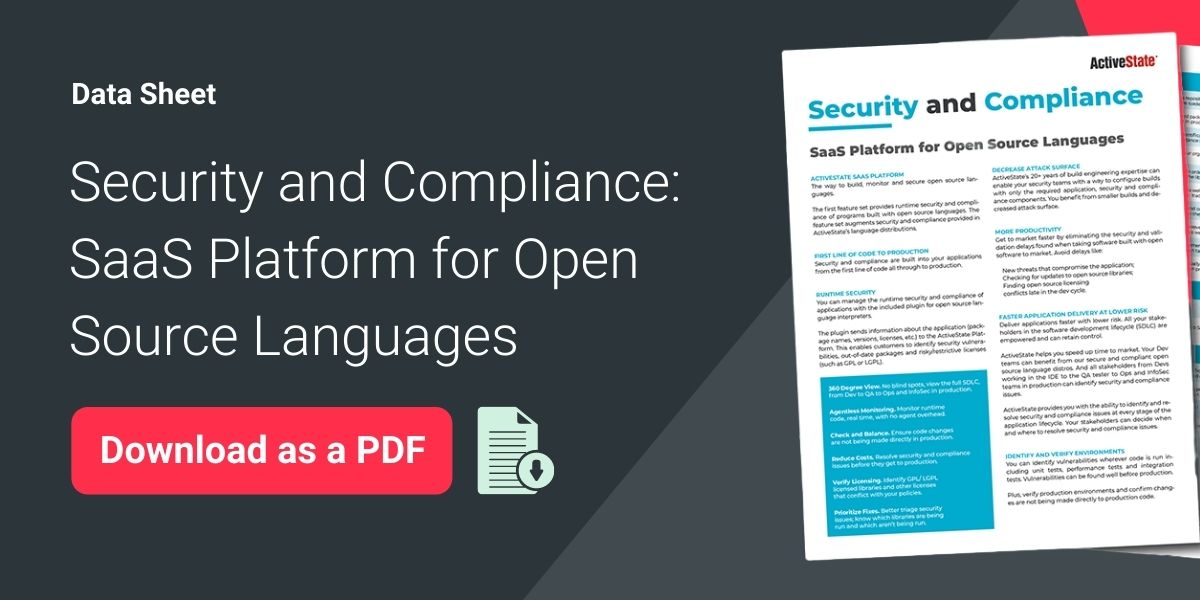 What is the ActiveState Platform?

ActiveState is the de-facto standard for millions of developers around the world who have been using our commercially-backed, secure open source language distributions for over 20 years. With the ActiveState Platform, developers can now automatically build their own Python, Perl or Tcl Environments for Windows, Linux or Mac—all without requiring language or operating system expertise.

How to try the ActiveState Platform

You can try the ActiveState Platform by signing up for a free account using your email or GitHub credentials. Or sign up for a free demo and let us show you how we can support your Python 2 application(s).