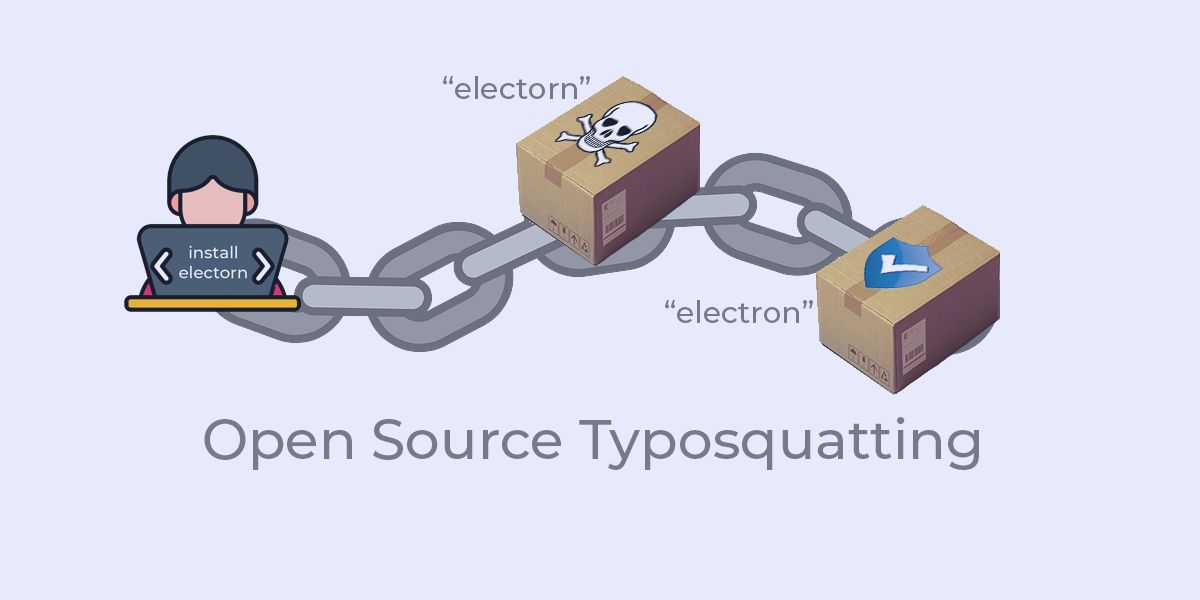 Open source public repositories are vulnerable to a wide range of exploits by hackers, but by far the most popular attacks are some form of typosquatting, in which typosquatters aim to exploit popular packages by creating a similarly-named malware-infected version. In general, the process involves:

Open source typosquatting differs from domain typosquatting which is typified by hackers that attempt to redirect web browsers to fake websites with similar domains to real sites (e.g., web addresses like goggle.com), or register known brands or trademarks with the goal of creating a malicious website (known as cybersquatting or domain squatting), or otherwise luring internet users with fake sites/malicious sites.

These kinds of typosquatting attacks are incredibly effective, and have become one of the most popular ways to compromise software vendors, often with the goal of extracting data.

The Threat of Typosquatting

Typosquatting is a key facilitator of cybercrime. The problem lies in the importance with which package names are treated by public open source repositories that are the primary typosquatting website vector. This unfairly puts the onus on a busy developer’s typing and proofreading skills, whether they’re creating CI/CD scripts or interactively downloading packages from the command line. Once a typsoquatted package enters the organization, it can compromise cybersecurity in a number of ways:

How to Prevent Typosquatting

Some methods organizations can use to help mitigate the threat of typosquatting include:

Unfortunately, typosquatting is here to stay simply because typosquatting works so well for cybercriminals. Consider using a service like the ActiveState Platform that provides:

How To Detect Typosquatting With Python

Blog: How To Detect Typosquatting With Python