Home » Resources » Webinars » A Long-Time Perl Hacker’s View of the Perl World: Past, Present and Future
Last Updated: May 20, 2021

A Long-Time Perl Hacker’s View of the Perl World: Past, Present and Future 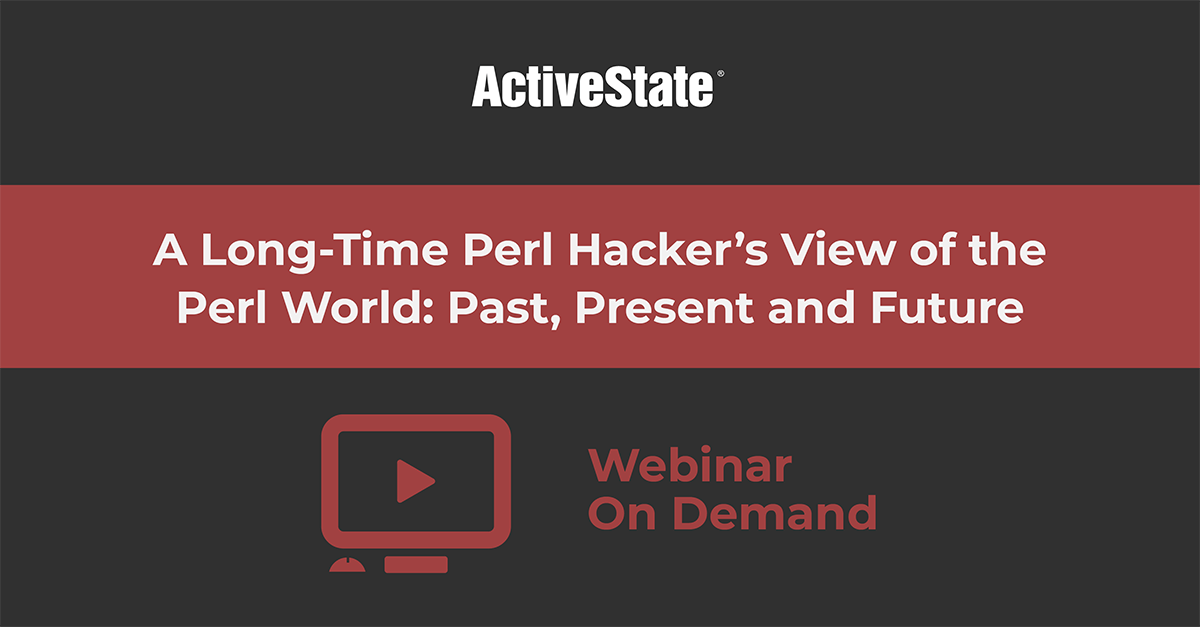 ActiveState is in a unique position in the Perl world, as both the creator of the first ever Perl for Windows distribution, and as the leading supplier of Enterprise Perl solutions. While the rest of the world sees Perl as a legacy language, and may even go so far as to claim “Perl is dying”, our Perl business is vibrant, alive, and growing. Leading companies such as Amazon, and Cisco continue to demand Perl skills in their employment postings while Booking.com is investing in Perl as its core development language.

Why and how is it that a language that not even analysts are interested in talking about, continues to not just thrive but actually grow under the radar?

Watch as ActiveState Director of Engineering Tom Radcliffe and guest speaker Jason McIntosh, founder of Appleseed Software Consulting and co-author of the O’Reilly book “Perl & XML,” discuss all things Perl. Why is no one interested in talking about one of the most influential modern programming languages? Why does it continue to be one of the most important technologies in the world? What does the future hold for Perl?

Navrup is a Product Marketing Manager at ActiveState. She is responsible for the developing and executing the marketing strategy and product positioning for Stackato. She holds a Bachelor of Science from the University of British Columbia and Masters of Business Administration from Simon Fraser University.