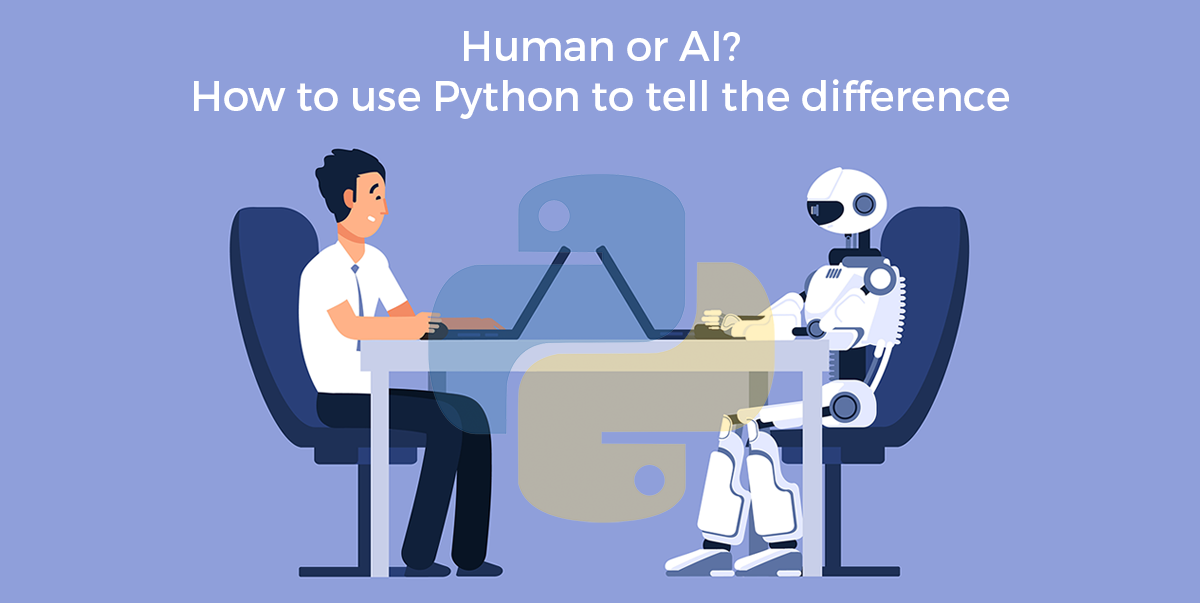 The amount of content generated by Artificial Intelligence (AI) models is rising at an alarming rate, making it difficult to manually review it all. This content comes in many different formats, text being the most common. But if you’ve read any AI-generated text to date, most of it is clearly nonsense and often quite humorous. However, the field of AI, and the sub-discipline of  Machine Learning (ML) are moving extremely fast.

Recently, models parameterized with trillions of words generate texts that feature not only improved context but also coherency. These advanced models pose a real challenge when it comes to detecting which content was generated by human authors versus generated artificially. Can AI detect AI-generated datasets?

In this article you will use some standard ML techniques to build a simple model to classify a text as human or artificial:

At the end, you should have a good feel for how reliable automated tools currently are when it comes to outwitting human intelligence!

Before you start: Install AI vs Humans Python Environment

To follow along, you can install the AI vs Humans Python environment for Windows or Linux, which contains Python 3.8 and all the packages you need.

For Windows users, run the following at a CMD prompt to automatically download and install our CLI, the State Tool along with the AI vs Humans runtime into a virtual environment:

For Linux users, run the following to automatically download and install our CLI, the State Tool along with the AI vs Humans runtime into a virtual environment:

The first dataset can be generated from an existing set of short stories written by BoredHumans’s story generator, which is an online bot that uses Max Woolf’s GPT-2 (second generation “Generative Pre-trained Transformer” that is trained with only 124M hyperparameters) to create short stories. You can think of the GPT-2 model as a next word predictor. In other words, the trained data model guesses which word will be next, effectively creating a story by generating one word at a time. The language modeling behind GPT-2 also includes some techniques to try to preserve context and coherency. You can check this illustrated guide to understand the model better.

To create the dataset, we’ll just call the online bot (which is free to use) a thousand times, and then save the result as a simple CSV:

Because we don’t know which sample texts were given to the BoredHumans’s story generator in order to train it, we’ll use some other random – but human-written – stories as the counterpart for this experiment. Kaggle.com has a small dataset that contains a thousand short stories taken from project Gutenberg. The file is not completely clean, but for our purposes it’s good enough:

The above code snippet:

This will give us around two thousand stories that also contain a new column named human, which is a flag that lets us know if the story was written by a human or not.

The next code snippet applies some standard transformations in order to make it better for training our model, including:

We will train a simple classification algorithm to determine if the texts are human-written or artificially generated. But that means we’ll need to transform the words into something we can numerically assess as part of a Logistic Regression. The simplest approach is to calculate the Term Frequency-Inverse Data Frequency (TD-IDF) score for each word in our dataset. This will produce a number for each word that represents the importance of that word in the entire dataset. Common words will have low scores, but unusual words will have higher scores, being considered more important.

This approach, although simplistic, is quick and dirty enough to generate a language model that can be used as input for a classification task. Python’s scikit-learn package provides a good TD-IDF calculator class TfidfTransformer:

In the above code snippet, we create a text processing pipeline which uses the CountVectorizer and the TfidfTransformer to fit a LogisticRegression model. The accuracy, with a 60/40 split of the data, is above 95%. A common approach to evaluating a classification model is to print the confusion matrix, which shows the number of correctly-labeled tests vs. incorrect ones: 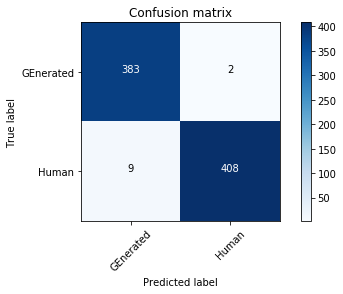 The confusion matrix shows only 11 falsely labeled samples, where:

These results are compelling, and clearly indicate that GPT-2 generated content is readily identifiable as machine written when compared to human written content.

GPT-3 is the latest generation of AI for creating text-based content. Compared to GPT-2, it offers significantly advanced capabilities:

But better capabilities don’t necessarily translate into better results for all tasks, so let’s check our model against:

After applying the same transformations to the texts as we previously did, we can run the classification against the new datasets:

In this case, we get 4/6 = 66% accuracy. The results are far worse than when we applied our model against GPT-2 generated content, and highlights just how far AI has come in creating much more human-like content.

But all is not lost just yet. The researchers of the Harvard John A. Paulson School of Engineering and Applied Sciences (SEAS) and IBM Research Group built the Giant Language Model Test Room (GLTR), which enables forensic analysis of AI-generated text. While not perfect, it’s word-by-word analysis gives good grounds for hope that individual texts can be reliably identified.

And as humans interacting with individual texts, we can all apply our common sense and fact-checking capabilities to prevent being fooled by this kind of content even as text generated with advanced models trained with billions of samples and hyperparameters continue to be harder to detect programmatically. Unfortunately, that has profound implications on content platforms like Twitter, Facebook, Instagram and others, which may soon be legislated to monitor content. Human monitors haven’t been able to scale to handle human-generated posts, never mind the kind of volume AI-generated posts might create. While algorithm-based content checkers will continue to be useful, they’re no silver bullet as we’ve seen with failed attempts to monitor hate speech. 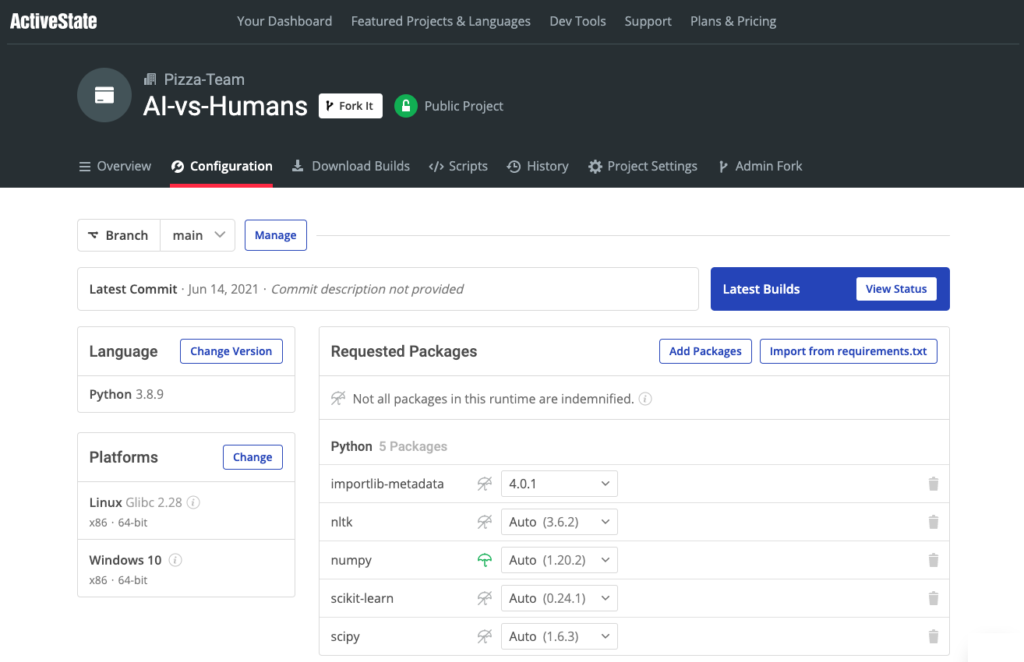 Will AI Save Us? Use this Pandas Data Analysis Tutorial to find out.