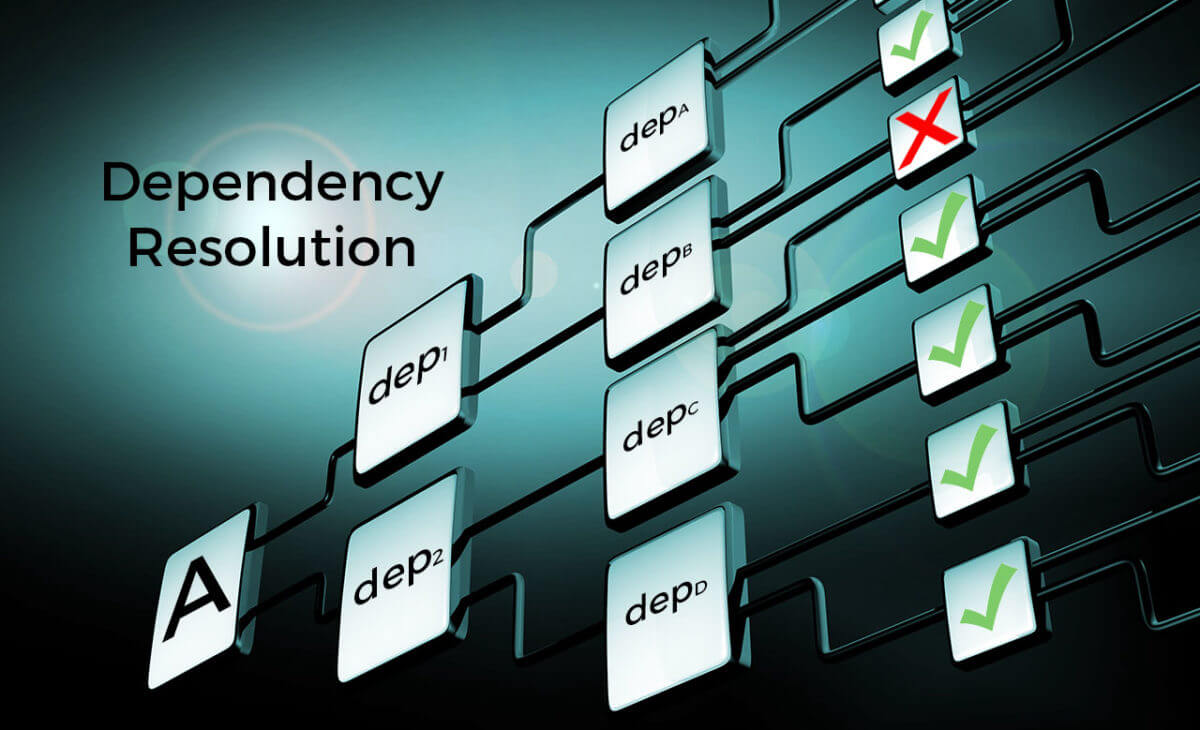 Dependencies. They’re the best, but also the worst. You can count on PyPI (the Python Package Index) or CPAN (the Comprehensive Perl Archive Network) to provide packages for so many things, from date and time handling to logging to web service clients. This can be a huge time saver, but dependency resolution can also be a huge time sink.

Sometimes you try to install package A, only to find out its dependency tree includes package B, which you’re already using, but at a higher major version. Does the tool you’re using warn you about this? Some tools just upgrade package B automatically. Many ecosystems have tools for pinning package versions and only doing controlled upgrades, but those tools have their own downsides.

Wouldn’t it be nice to have a user-friendly system for managing your dependencies? It would be great if you could add a new package and see what your dependency tree would look like once it’s added, before committing to it. It’d be even better if that dependency management system tracked conflicts between packages, knew about platform-specific dependencies, and even tracked system-level dependencies like C and C++ libraries.

Dependency resolution is at the core of the ActiveState Platform. When you create a project and start adding requirements, we tell you what dependencies those requirements have. Sometimes we need to tell you that your requirements are impossible because of dependency conflicts.

Dependency resolution for these ecosystems is done with package management tools that you run locally. Historically, these tools operated on a system-wide language installation, though now we have tools like perlbrew and virtualenv to allow per-project language installations.

But these tools simply punt on the handling of C/C++ libraries and external tools. When a package requires a library like OpenSSL or a tool such as a Fortran compiler, the package author has to write code that runs during the setup phase (via a Makefile.PL or setup.py). If the dependency isn’t present, then the install fails. If you’re lucky, you get a helpful message telling you what’s missing, at which point you’re expected to install the library or tool yourself. If you’re on Linux you can usually rely on your OS vendor’s package manager. On macOS you have Homebrew. And on Windows you have pain.

There is a similar problem with various types of conditional dependencies, such as may occur when a dependency is only needed on a certain platform or CPU architecture. Language ecosystems typically provide limited support for these sorts of things at best, and again it’s up to the package author to manually add the appropriate checks and error messages.

We store all of the metadata about the packages/modules/libraries, etc – everything you can build a language runtime with – in our Inventory Database.

However, rather than having inventory items depend directly on other items, they depend on “features”. Each inventory item, along with other things like operating systems or CPU architectures provide one or more features. A feature consists of:

For example, Python 3.8.2 provides a feature named python in the language namespace at version 3.8.2. In Perl, each distribution provides features for all of the Perl packages contained in the distribution. So version 1.52 of the Perl DateTime inventory item provides a number of features in the language/perl namespace, including DateTime 1.52, DateTime::Duration 1.52, and others.

This added layer of indirection gives us a lot of flexibility in how we represent and resolve dependencies. For example, in the future we may have multiple inventory items that provide a feature like “python-core”, allowing us to build projects using CPython, Jython, or PyPy with Python packages that do not need the CPython API. Or we could have a feature named “openssl-api” that both OpenSSL and LibreSSL provide, allowing you to swap between them in a project.

We’d like to feel clever about this idea, but we just stole it straight from Debian’s virtual package system.

The PubGrub Algorithm for Dependency Resolution

Our first dependency solver (which we call version 0, or “V0”) was very, shall we say, “ad hoc”. While it worked, more or less, it wasn’t nearly as efficient or predictable as we’d want. Sometimes it would fail in surprising ways, and its errors messages could be quite rambly. In addition, it didn’t support all the things we wanted, like some complex conditional dependency cases. But it got the job done well enough for us to start getting some traction, sometimes with heroic efforts to tweak our data to work around the solver’s quirks or missing features.

It was obvious that we needed something better, but designing that “something better” from scratch would be a huge amount of work. Fortunately, we didn’t have to.

Natalie Weizenbaum, while working on the library tooling for the Dart language, created a SAT Solver algorithm she called PubGrub. Natalie has written a great introductory article on PubGrub, which we highly recommend. There is also a detailed technical specification in the pub repository.

PubGrub has a few properties that make it an excellent choice for ActiveState:

Here’s an example error from our shiny new V1 solver:

That’s still a mouthful, and we have plans for making it even easier to understand, but let’s break this one down piece by piece:

The reference to “Feature|language/perl|Test2-Harness” comes from our order requirements, which asked for a Feature in the language/perl namespace named Test2-Harness at exactly version 0.001099. So this is where the conflict started. In turn, this Feature requires an Inventory Item that provides this feature. That’s the second half of the message.

This is telling us that version 0.001099 of Test2-Harness requires a Feature named Test2::Bundle::Extended in the language/perl namespace at any version greater than or equal to 0.000126.

The Solver concludes  that “root” depends on language/perl|Test2-Harness == 0.001099. The word “root” is simply what the PubGrub algorithm uses for an artificial “first requirement” which depends on all the real requirements in the project. We plan to change this to say something a little friendlier like “your project” or “the project’s requirements” in the future.

Overall, while the error message is still somewhat verbose, it’s as concise as it can be and makes it easy for us to help our users resolve these sorts of problems. By contrast, here’s the old solver’s error message:

On the plus side, it tells us about every missing dependency. On the minus side, it’s quite long. And this is actually the best-case scenario. In some cases, we will see the same error repeated over and over, and the errors become incredibly hard to understand.

As an aside, this particular error could have several possible causes:

Our new solver also does a lot of other things that are core to our product vision. It supports:

These sorts of features are key to realizing our vision of truly comprehensive dependency management on the ActiveState Platform. While we’ve had the database design to store this data for quite some time, the V0 solver has mostly ignored that data.

We’re really excited about our new and improved solver, and are looking forward to having our users try it when we roll it out in Q3 of this year.

If you want to get a hands-on appreciation for how the ActiveState Platform currently tries to resolve all Perl language dependencies for you – down to the C library, external tooling and OS/CPU dependencies – you can:

Feel free to add other modules and see how the Platform imports its dependencies for you. Can’t find a module you need? Let us know in the ActiveState Community forum.

Dave Rolsky has been a Perl developer since 1999, and has created or contributed to dozens of CPAN modules, including DateTime, Log::Dispatch, Params::Validate, and more. He is also a member of the Moose core development team, and in early 2009 completed a TPF grant to substantially rewrite and expand the Moose documentation. Way back when, he co-wrote Embedding Perl in HTML with Mason and RT Essentials, both published by O'Reilly. He spends a lot of his free time on animal advocacy, and otherwise vegetates with video games, books, and TV shows, like any proper nerd.

Dave Rolsky has been a Perl developer since 1999, and has created or contributed to dozens of CPAN modules, including DateTime, Log::Dispatch, Params::Validate, and more. He is also a member of the Moose core development team, and in early 2009 completed a TPF grant to substantially rewrite and expand the Moose documentation. Way back when, he co-wrote Embedding Perl in HTML with Mason and RT Essentials, both published by O’Reilly. He spends a lot of his free time on animal advocacy, and otherwise vegetates with video games, books, and TV shows, like any proper nerd.

The Package Management You Always Wanted

Simplify Your Python Projects With the ActiveState Platform