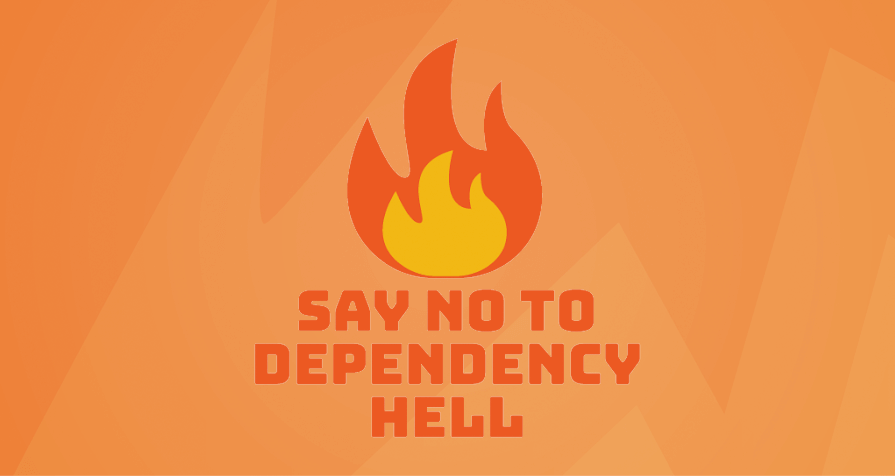 There are several different approaches to dealing with dependencies in Python. In this article, I’ll go over the pros and cons of some of the more common methods, and suggest a few alternatives.

One of the biggest headaches that arise when working with multiple projects in Python is managing the dependencies that differ between them. Project A requires Python 2.7 and depends on older versions of a package, while Project B requires Python 3.7 with the most recent version of the same package, plus a host of others.

For other options, continue reading.

Installing And Managing Packages With Pip

Before I get into the different dependency management solutions, a few comments on installing packages in Python. Anyone that uses Python knows how to install packages. The recommended way to do so is using pip. Depending on how Python was installed on your machine, pip may or may not be already installed. To check, you can run the following in the command line:

For further information on how to install pip, see the documentation here. To install a specific package with pip from the Python Package Index, run:

Or for a specific package version:

It’s worth noting that pip is not limited to just installing packages maintained on the Python Package Index. You can also install from a number of different sources. For more information, see the documentation here. It’s also possible to install multiple packages at one time using a requirements.txt file:

In principle, the requirements.txt file is simply a list of pip install arguments executed in order.

Virtualenv is a tool used to create multiple isolated versions of Python. It does so by creating an environment with its own installation directory and corresponding libraries. Within this environment, globally installed libraries are not accessible by default, nor are libraries installed within other virtual environments.

The advantages and disadvantages of using virtualenv include:

Ease of Use: Creating and using a virtualenv is simple and easy. To create an environment from the command line:

ENV is the directory where the new virtual environment will live.

Pip Integration & requirements.txt: As I mentioned, pip is still the standard method to install packages within each virtualenv environment. This makes virtualenv easy to adopt, especially since requirements.txt can be used to make the initialization of each environment relatively quick and straightforward. Using a requirements.txt file can also help ensure dependencies are maintained across multiple environments or machines, although it doesn’t always produce the exact same result. For example:

Virtualenv is recommended for Python up to version 3.3. Newer versions of Python should use venv instead. The syntax and functionality are identical, but are now included in the standard Python library.

Pipenv takes dependency management a step further than virtualenv. While the functionality is very similar to virtualenv, a few key features have been added to help limit some of the disadvantages of using virtualenv. The installation instructions can be found here.

The advantages and disadvantages of using pipenv include:

Ease of Use: pip and virtualenv have been simplified into a single operation. To create a virtual environment with pipenv:

Pipenv uses a Pipfile to keep track of dependencies. If a Pipfile exists, it will add “SomePackage” to its list of dependencies. If it does not exist, it will create one. Similar to requirements.txt, you can also create an installation directly from a Pipfile, as well. To do this, do not specify a package, and pipenv will instead look for a Pipfile instead:

Pipfile & pipfile.lock: In addition to the Pipfile, pipenv generates a pipfile.lock that contains the exact version and source file hash of each package installed. This not only includes “SomePackage,” but also all the dependencies of “SomePackage.”

Pipfile.lock is an alternative to requirements.txt that improves upon the concept by including built-in dependency resolution. Pipfile.lock attempts to resolve any conflicts between packages – including their sub-dependencies – by loading package versions that satisfy all requirements.

If no solution exists, pipfile.lock cannot be created, and an error is output. This prevents the kinds of problems that arise from using requirements.txt, such as manually performing version control across dependencies and sub- dependencies.

Dependency Graph: When dealing with complex dependencies, it’s extremely helpful to be able to visualize how they relate. To that end, pipenv includes a method to visualize your dependencies:

This produces a clean and easy-to-interpret output that lists all dependencies.

Using venv and pipenv are two methods of managing dependencies in Python. They are simple to implement and, for most users, adequate solutions for handling multiple projects with different dependencies. However, they are not the only solutions. Other services can complement their use.

If you are using venv or pipenv, it may behoove you to use Github as well. Github provides automated vulnerability alerts for dependencies in your repository. By uploading a requirements.txt or pipfile.lock with your code, Github checks for any conflicts, sends an alert to the administrator if it detects any, and can even resolve the vulnerabilities automatically. It also generates a dependency tree under the Insights tab of your repository. 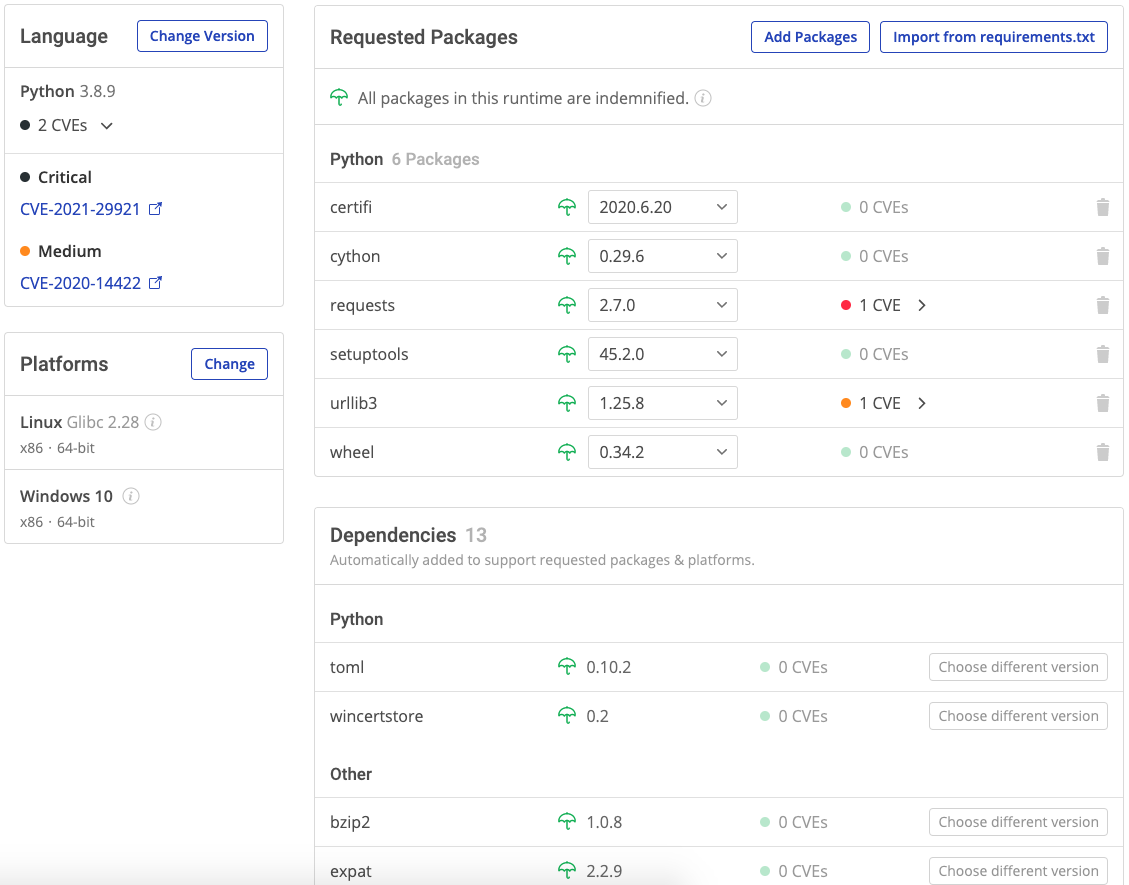 Get a hands-on appreciation for how the ActiveState Platform can help you manage your dependencies for Python environments.

Take advantage of our cloud-based toolchain, and auto-creation and activation of virtual environments! Just run the following command to install Python 3.9 and our package manager, the State Tool: