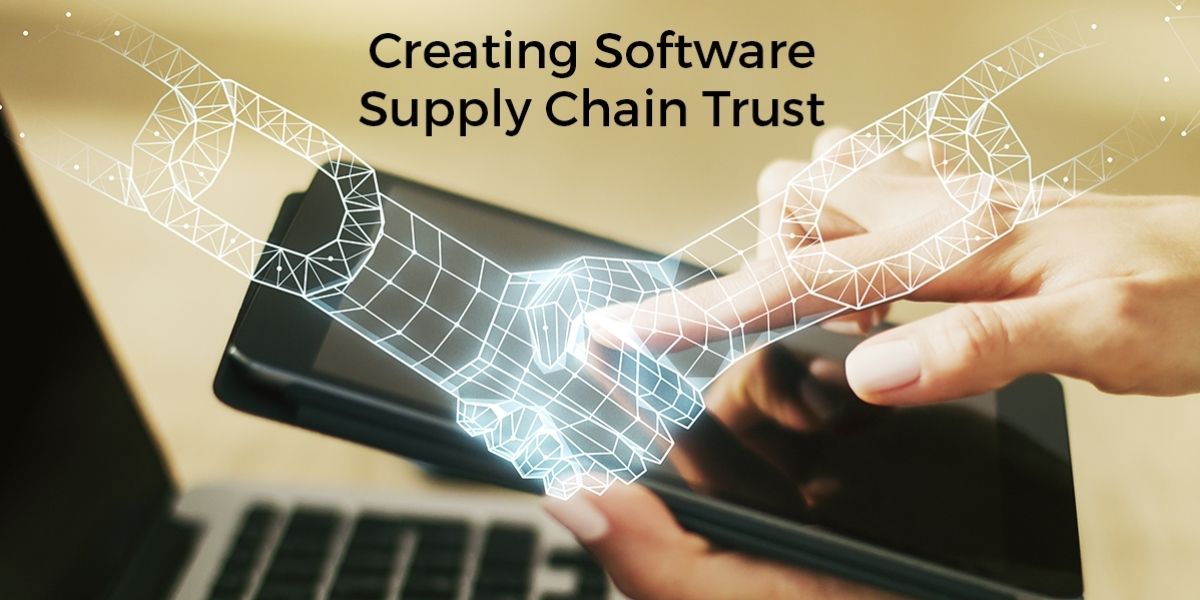 Trust is at a premium these days, what with misinformation running rampant, the recent reproducibility crisis in science, and software supply chain attacks able to compromise even signed software (Read about Solarwinds’ tale).

When it comes to trust in software, ActiveState’s recent supply chain security survey shows that one-third of organizations implicitly trust open source repositories, while the other two-thirds take a “trust but verify” approach, implementing at least some controls to limit risk.

More security conscious-organizations prefer to build their open source components from source code, while some (~15%) have implemented a zero trust framework in order to treat all open source code as untrusted across the entire software development process. But zero trust frameworks are both expensive and time-consuming to implement. In the meantime, the industry is faced with an ever-escalating number of supply chain attacks (as understood from Sonatype’s latest report and Anchore’s survey report) affecting a growing number of software development organizations:

So how can you mitigate the risk of the open source components you work with while controlling for costs? Shift security left:

Starting with secure, trusted open source artifacts before your developers write their first line of code is the best way to control costs. And for 80% of projects that never update third-party libraries after including them in their codebase (Per Veracode’s report), it’s even more critical to ensure they import secure components in the first place.

DevSecOps and the “Shift Left” approach to resolving security issues early have been around for more than a decade but has never gained a tremendous amount of adoption. Some of the countering arguments we’ve heard include:

All of which are indicative of why the status quo has remained unchanged despite the growing threat of public repository exploits like:

Even those organizations that choose to build their open source components from source code are not immune to trust issues, since they have to deal with a growing number of supply chain attacks that target their build and test infrastructure, including threats from:

Any and all of these threats can result in untrusted open source components being imported, built and used within an organization, compromising the security and integrity of the software being developed.

ActiveState has been supplying secure open source distributions to the software industry for more than twenty years, initially via hand-built runtime environments, but lately via an automated platform that implements a number of security best practices in order to ensure the security and integrity of the open source components it produces.

For example, Google’s Supply-chain Levels for Software Artifacts (SLSA) best practice provides a set of requirements that can help decrease the risk of compromise for artifacts built from source code:

The higher the SLSA level, the less the risk associated with building artifacts from source code. Unfortunately, Google says it can take years to create an automated system capable of achieving a SLSA Level 4 rating, and we would agree. Our ActiveState Platform meets most of the requirements for SLSA level 4, but has taken multiple years to achieve, and continues to be under development.

However, employing the ActiveState Platform’s secure build service can significantly de-risk the building of open source language components since it provides:

As a result, when binary repositories like JFrog Artifactory are populated with open source language artifacts built by ActiveState, organizations gain both security and control, resulting in decreased software development risk.

Whether you currently proxy public repositories in order to provide your developers with the open source packages they need, or else build them from source code, you are exposing your organization to undue–and growing–risk. But the cost of implementing a robust set of security controls and tools, or even creating a zero-trust environment, can be prohibitive.

For this reason, ActiveState has created our Trusted Artifact Subscription that can populate artifact repositories like JFrog Artifactory with secure open source language components. Key features include:

As a result, you can ensure your software projects not only start with a secure set of packages, but that those packages can be updated and remediated as vulnerabilities crop up over time.

Understand how ActiveState can help you decrease the risk and overhead of managing open source language packages in Artifactory. Let us walk you through how the solution can fit your team’s (or teams’) needs.

Talk to our product experts >

Need to share this information with others in your team? Download our Solution Sheet that lists the benefits and features ActiveState’s Trusted Artifact Subscription brings.