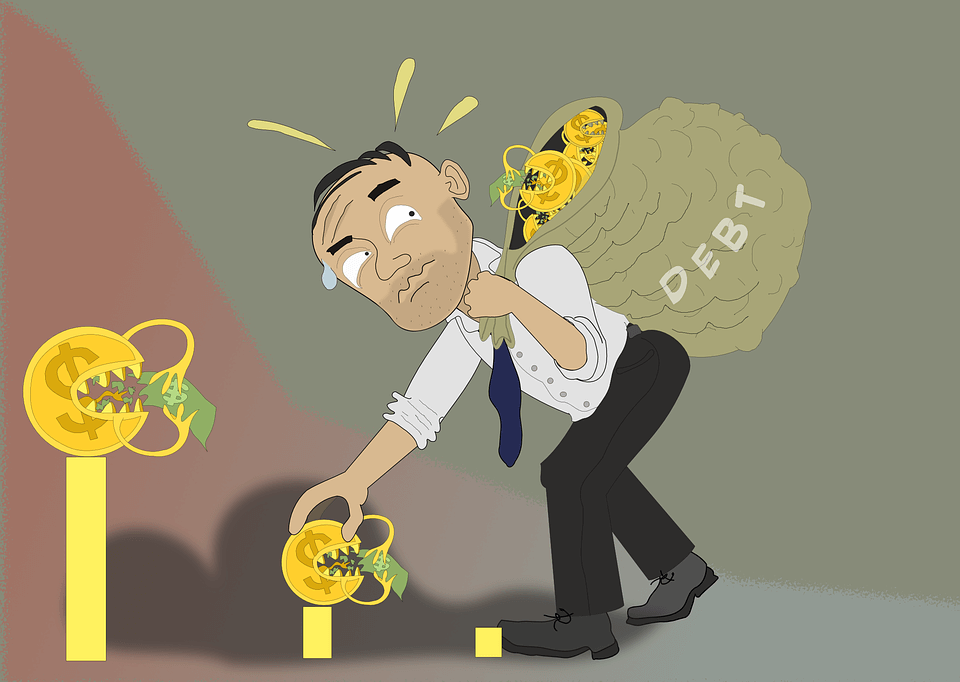 Technical debt is becoming an increasingly intractable problem for many organizations. Businesses that grew up fast because the only way to survive was to be first to market are now suffering the legacy of unbounded rapid development and workforce churn. There’s a raft of developers and operations folk out there tasked with maintaining a heap of spaghetti code they have little chance of understanding. This lack of comprehension leads to timidity when it comes to modifying or refactoring old codebases for fear of breaking something, especially in production systems which are often the only places the code still exists.

Already convinced on the merits of using Tcl for your tech debt?

You can try out our own version of Tcl for free or read more on our Tcl builds, ActiveTcl, and how you can get exactly the Tcl distro you need with our ActiveTcl.

Organizations are often left with two unpleasant choices when dealing with legacy code:

Both choices are expensive, and the longer the code stays in production the more expensive each choice becomes. But it can be extremely difficult for a manager to justify rewriting a working system from scratch simply because they don’t understand how it works. Plus, the current manager’s tenure with the older system may be over before the legacy system breaks and they are blamed for the break. Consequently, legacy systems endure until they inevitably break or give way to superior competition.

Tcl was designed from the ground up to be embeddable. It is almost trivial to wrap an existing legacy API into commands you can call directly from scripts which opens up a whole new avenue of processing that would previously have been impossible. You can also embed an entire Tcl interpreter inside an existing application with a few lines of code that can open up extension points in that application allowing it to be trivially customised. This latter approach allows software sold to customers to be tailored specifically for that customer either as a professional service exercise or by the customer themselves.

Tcl has four desirable properties for this sort of work: size, design, speed and simplicity. Firstly, Tcl scripting code is small. An interpreter can add less than 200Kb to the memory footprint of an application, and the core Tcl library takes up around 2MB on disk.

Secondly, Tcl has a well designed C API. So it’s ideally suited to extend or embed in applications written in C or C++ and makes it simple to shift functions from C to Tcl for flexibility or Tcl to C for performance.

Thirdly, Tcl is fast. The tight coupling with C means that most inbuilt Tcl commands are fast enough as it is and when you need it to go faster, reimplementing Tcl routines in C and exposing them to Tcl with the same interface is simple.

Finally, Tcl is simple. Simple enough that there are a lot of folk out there who can write Tcl but don’t call themselves programmers, simple enough that people who use an application can be taught to extend it for their own purposes given access to Tcl.

Example: Use Existing APIs for Scripting

I’ll now show you how with a couple hundred lines of C and a few lines of Tcl, we’ll easily solve tech debt with a legacy API.

Here’s a simple demonstration of how easy it can be to instrument an existing API for scripting. There’s some sample code at https://github.com/shaunmlowry/tcl-tech-debt-blog-example which implements a trivial order processing system with a few deficiencies, and a scripting wrapper that extends it and can overcome some of these deficiencies.

The order processing system is split into 2 parts: a C library which implements the API and a C program which interacts with a user via the terminal, using the library to process orders. Firstly, the API. The API is declared in order.h:

The first structure is a typical linked-list of items including their properties and the second describes the order as a whole, including the item list. We have a number of functions that make up the API:

The API is implemented in order.c which we’ll examine portions of later.

The command line program is implemented in process_order.c and just keeps requesting and adding items to an order until the user enters a blank line, at which point it calls print_order to show the full content of the order.

The API is pretty dumb. At some point way back when, the courier used by this fictitious company would charge by weight per package that was included in an order so the business logic was hard coded in. The API calculates a shipping cost (based on bands of weight) for each item entered and adds that to the running total. Fast forward to now, and someone in shipping has earned a gold star by negotiating a single charge for an order by weight on the basis that the entire order will be shipped in one package.

Unfortunately our API can’t cope with this and we have a couple of maintenance problems: i) Jerry, who wrote the original code, no longer works for the company; ii) the source code in order.c is lost and gone forever. Fortunately, Jerry left us a compiled library for the API and a header file for it (order.h) so we could make a new client program if we wanted.

Now, with a copy of ActiveTcl (ActiveState’s Tcl distro, ready to go out of the box) we can wrap the API and script our way around the problem. As our API is fairly simple, we can create a Tcl wrapper for it by hand. For more complex APIs, I suggest using a tool like SWIG (http://www.swig.org/) to automatically generate the Tcl wrappers.

Firstly, we create a new file for our API wrapping extension called order_tcl.c. This will contain some C code which exposes our API to Tcl as native commands. Tcl will treat them the same as any other command in the language and they’ll slot seamlessly into the syntax.

We’ll include tcl.h to get at the Tcl C library functions, string.h for some basic C string manipulation, and order.h to get at our API:

The first function we need to define is one that initializes our extension:

Our API uses C pointers to various things and pointers aren’t something that any scripting language deals with well. In Tcl, we approach this by using a hash table in which the keys are unique string names for our pointers and the values are the pointers themselves. These mappings are referred to as ‘handles’ in Tcl and are a common way to uniquely represent underlying data structures that Tcl doesn’t necessarily need to manipulate directly.

Now that we have the hash table, we can store it as data specific to this extension in a special area called the Associated Data. This is accessible only within our extension, and specific to this instance of the extension. This becomes important in multi-threaded situations or any situation where a program has multiple interpreters.

Next we tell Tcl about all the new commands we want to create in the interpreter, mostly just mapping the name you want for the command to a C routine that implements it.

Finally, we tell Tcl that we’d like to call the extension “ordertcl” so our scripts can find it easily.

Next, we’ll examine 2 of the wrapping functions. Firstly, a wrapper for create_order in the original API:

The original call in the API takes no arguments and returns a pointer to an empty order. Our wrapper doesn’t need to do any argument processing, so we can get straight on declaring some variables.

Firstly, we need to retrieve a pointer to the hashtable we’re going to store handles for our orders:

To create a unique string name we can use to reference our new order from Tcl, a typical approach is to use a prefix or suffix that denotes the type combined with a string representation of the pointer itself:

We now create an empty hash table entry using the key generated above, and set its value to the pointer to our new order:

Finally, we set the return value that our scripts will receive when they run our command to be the hash table key for our new order. This value can then be passed around into other Tcl commands that need to manipulate the underlying C representation.

Now we’ll take a look at a slightly more complicated example, add_to_order. In the API, this takes a number of arguments – a pointer to an order to modify and the name, unit weight and quantity of the item to be added. Our Tcl command will need to take the same arguments but we can’t pass it a C pointer value. Luckily, we can retrieve the C pointer value from our hash table using its handle:

We need to count the number of arguments that have been passed to our command to make sure there are enough. The C implementation of Tcl commands get passed the name of the command that was invoked as their first argument (in this case ‘add_to_order’). So in the normal case we’ll have 5 arguments passed, the 1 name of the command and the 4 arguments listed above.

Arguments are passed to Tcl commands as Tcl_Obj objects which are polymorphic. They may have a number of internal representations and Tcl provides mechanisms for extracting particular representations. The simplest of these, and one that all objects can provide is a C string (char *). The first 2 arguments we need are strings, the handle for our order and the name of the item we want to add to it:

Our other arguments need to translate to a C integer for the quantity and a C double for the unit weight:

Once we’ve processed our arguments, we retrieve the hash table from the associated data as before:

We can then look up our order handle in the hash table:

The rest of the functions in that C source file follow a similar pattern. There’s one more file of interest in the sample code – pkgIndex.tcl. This file tells Tcl where to find and how to load our extension. We can now build our extension and link it against our API library. The Makefile in the sample code can build it for linux and similar steps can be taken on other UNIX, MacOS or Windows systems. Tcl is portable too!

Now we have our extension built, we can run scripts like the test.tcl script provided in the sample code:

Now with a couple hundred lines of C and a few lines of Tcl we’ve solved our problem without having to re-code our API. From here it’s trivial to re-implement the process_order CLI command and have it produce correct shipping costs.

The benefits don’t just stop there though. In future posts, we’ll explore much further – extending the API to eliminate memory leaks, creating a GUI tool for order entry using Tcl’s companion graphics toolkit, Tk, and even creating a web application. 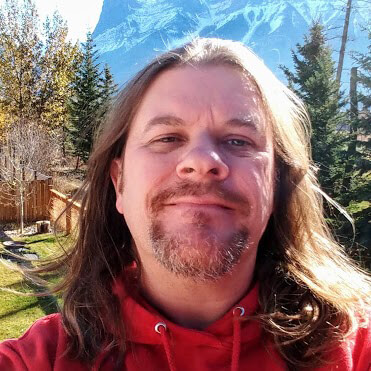 Shaun Lowry has over 25 years of experience programming in whatever language got the job done! He has worked in a variety of industries including healthcare, telecom, IT security and programming language development. He's been using Tcl since 1995 and is a dedicated fan of keeping it simple.

Shaun Lowry has over 25 years of experience programming in whatever language got the job done! He has worked in a variety of industries including healthcare, telecom, IT security and programming language development. He’s been using Tcl since 1995 and is a dedicated fan of keeping it simple.