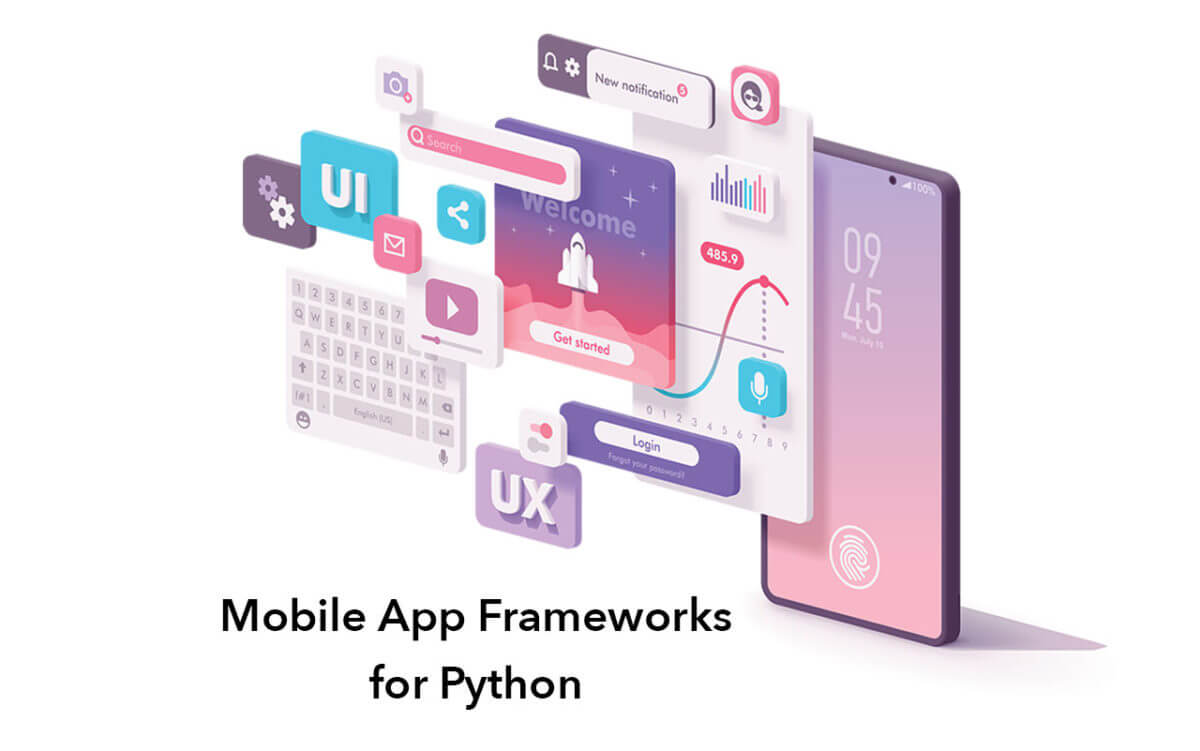 In this blog: Learn how to create a simple App for iOS using Python frameworks. Download our “Mobile Development” build to get a version of Python 3.7 complete with the mobile development frameworks explained in this post.

The Python ecosystem has a vast array of libraries that cover almost all aspects of software development. What is particularly interesting is that some of those libraries also include tools for compiling Python into native code for specific mobile platforms such as iOS, and Android. Yes, you heard that right! It is possible to use Python to create native mobile applications.

Why Python for mobile development? Python is well known for its readability and ease of use, which can translate into faster development – a huge benefit in the mobile market where speed to market is critical to gaining and keeping market share. On the other hand, neither Android nor iOS support interpreted languages, which means they can’t natively run Python apps. That’s where a number of frameworks bridge the gap to allow Python apps to be run on mobile devices with a native look and feel.

In this tutorial, we will:

When it comes to developing cross-platform mobile applications that support both Android and iOS platforms using Python, there are two main choices: Kivy and BeeWare. 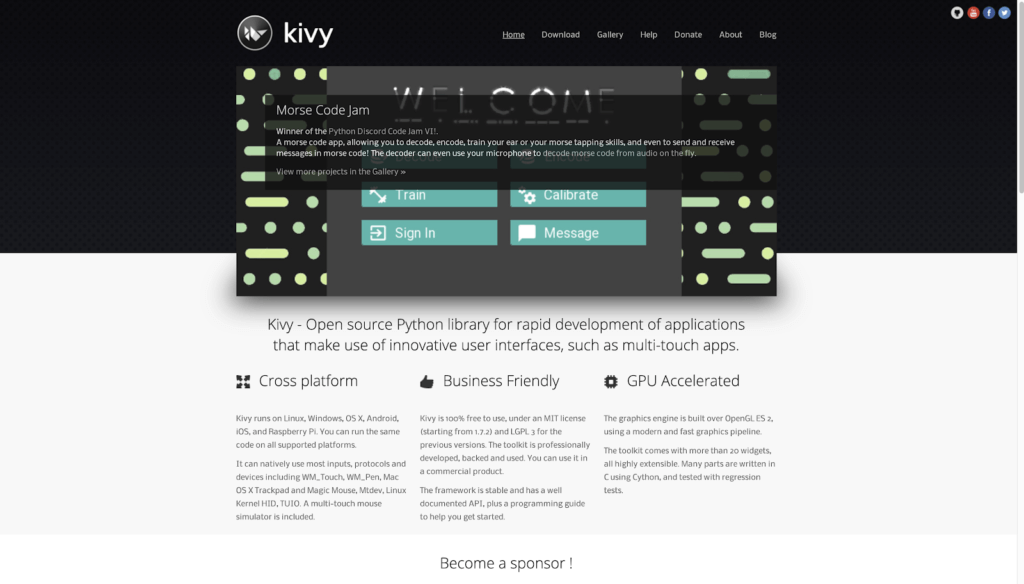 Kivy promotes itself as an open source Python library for rapid development of cross-platform UI applications. It has a graphics engine that is built over OpenGL, so it can handle GPU-bound workloads when necessary. It also has a python-to-android project that lets you port Python applications to Android. It has a similar toolkit for iOS, although packages for iOS can only be generated with Python 2.7 at the moment. 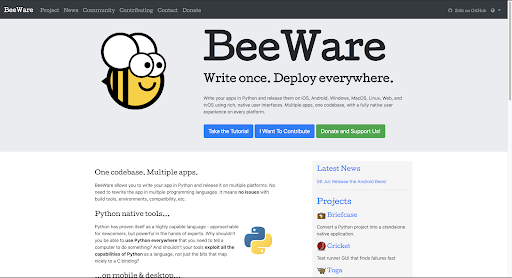 BeeWare is another popular set of tools that let you write applications in Python and cross-compile them for deployment on several operating systems, including macOS, Windows and Linux GTK, as well as mobile platforms like Android and iOS.

For instance, there is a tool called briefcase that lets you create project boilerplates for specific native applications. Rubicon-C and Rubicon-Java also provide bridge interfaces for using Python to call Objective-C and Java bindings, respectively.

To try out the BeeWare toolkit, let’s create a basic mobile application that does something simple like selecting today’s cafeteria special chosen randomly from a pre-populated list.

First, we begin by creating a new python3 development environment:

Then, we install the briefcase tool that will help us create the project boilerplate code:

Next, we use the briefcase tool to create a new project:

Briefcase provides an interactive way to help you create your project by prompting you for key information:

On completion, you can run the project that was generated in order to see the native app (Mac or Windows) representation. In this case, an empty modal window is displayed: 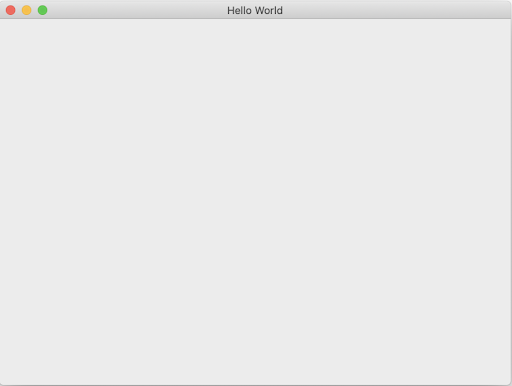 Since we want our app to run on an iOS device, we need to use the following command inside the project:

At this point, we need to install Apple’s application development tools (Xcode) in order to proceed.

Once Xcode is in place, we can edit the file src/foodtracker/app.py and replace the boilerplate with code that implements our “daily special” app:

As you can see, imperative-style code is used to construct the window elements. We added a main box element to hold all of the child elements. Using composition, we added a button and another message box that holds a readonly text field. When a user clicks on the button, it will display a random recipe in the text field.

Finally, we define the main window and its properties in the last 3 lines of the startup method.

Now we can build our project:

To see what our application looks like on our desktop, we can use Xcode to open the project and run it in an iOS emulator. We just need to tell it to use the following folder:

Here is what we will see when we run the emulator: 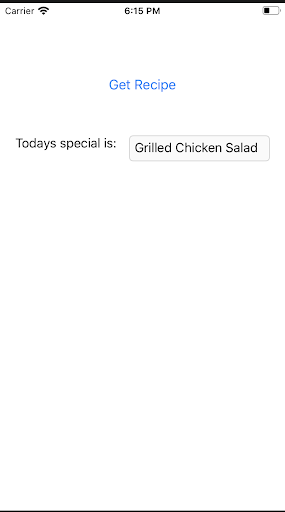 Note that every time we change our code, we will need to run the following commands to see the changes in the emulator:

Now that we have seen some examples of creating and building simple mobile apps with Python, a really important question arises:

Why should you invest in writing Python mobile applications instead of using standard mobile languages like Java or Swift?

To answer that, we need to discuss the pros and cons of using Python for mobile development.

However, there are significant code reuse advantages in going with Python for a job like this, and there are plenty of applications written in Python that you can use as examples.

If your organization is considering writing applications in Python and cross-compiling them into native platforms like iOS or Android, you should evaluate the pros and cons carefully before proceeding.

NOTE: the simplest way to install the environment is to first install the ActiveState Platform’s command line interface (CLI), the State Tool.

Once the State Tool is installed, just run the following command to download the build and automatically install it into a virtual environment:
state activate Pizza-Team/Mobile-Development

Which Python framework is best for mobile app development?

While web applications built with Python frameworks like Django and Flask will run on Android and iOS, if you want to create a native application you will need to use a Python mobile app framework like Kivy or BeeWare.

Download the pre-built Mobile Development Python environment, which includes both BeeWare and Kivy.

Why should I use Python for mobile app development?

Python is well known for its readability and ease of use, which can translate into faster development – a huge benefit in the mobile market where speed to market is critical.

While Android and iOS will not run interpreted code, you can use a Python mobile app framework like Kivy or BeeWare to write your mobile application in Python and then cross-compile it for Android or iOS.

Can I use Python for mobile app development on both Android and iOS?

Learn more about the differences between Python and Java.

Which Python mobile app framework is better: KIVY or BeeWare?

Both Kivy and BeeWare are excellent choices for a Python mobile app framework. However, BeeWare is updated more frequently, provides commercial support, and offers a native UI toolkit.

Get started with the Mobile Development Python environment, which includes both BeeWare and Kivy.