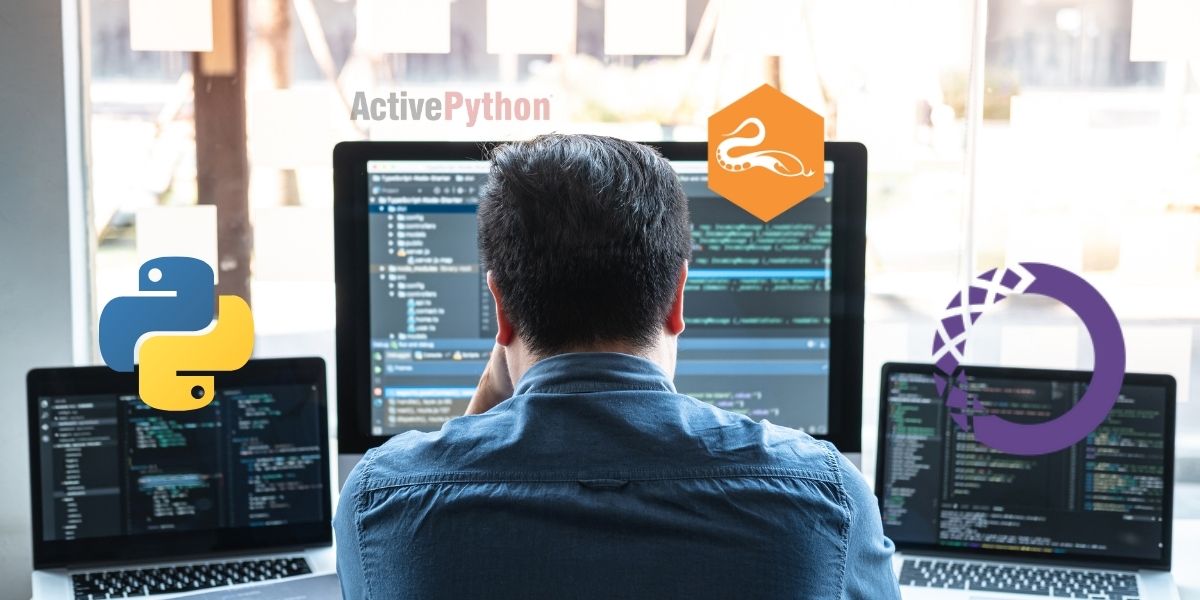 Not sure whether you should download Anaconda, ActivePython or community Python for your next Python project? While they’re all good, depending on how you work, one may be more appropriate than the others. Let us explain.

When it comes to installing Python, developers have a number of choices, all of which are suitable for developing a wide range of applications.

The first choice for many is Python.org, the home of the Python Software Foundation, which is the body responsible for creating and releasing new versions of Python. Typically, developers download the Python core for the most recent release of the language from python.org, and then source any third party packages, libraries and components they may require for their project from the Python Package Index (PyPI).

To simplify and speed project startup, a number of commercial vendors package together a version of the Python core with hundreds of the most popular packages from PyPI. Foremost among these vendors are Anaconda and ActiveState. Additionally, these vendors enhance Python with their own ecosystem, which can often make Python easier to deploy, build and manage.

Which version of Python should YOU use? It really comes down to whether the vendor’s ecosystem provides you with enough conveniences to make installing, working with, and managing Python easier, better, cheaper and/or faster.

The following table compares Anaconda vs ActivePython vs Python:

Anaconda vs ActivePython vs Python – Which Python to download?

1 – All packages are pulled as source code from PyPI, as well as other sources

Experienced Pythonistas will likely prefer to use Python.org’s Python core, and then manually install all the packages they require from PyPI using pip. For the time being, dependency resolution will still need to be managed manually.

New to Python? We’d recommend starting with a pre-built version of Python such as those offered by ActivePython or Anaconda in order to simplify and speed setup. These kinds of “batteries included” Python environments provide everything you need to get started coding right away.

Anaconda Charges for Python – Should you Pay?

ActivePython vs Anaconda: The ActiveState Advantage for Anaconda Users

Unlocking the Power of Data Science & Machine Learning with Python