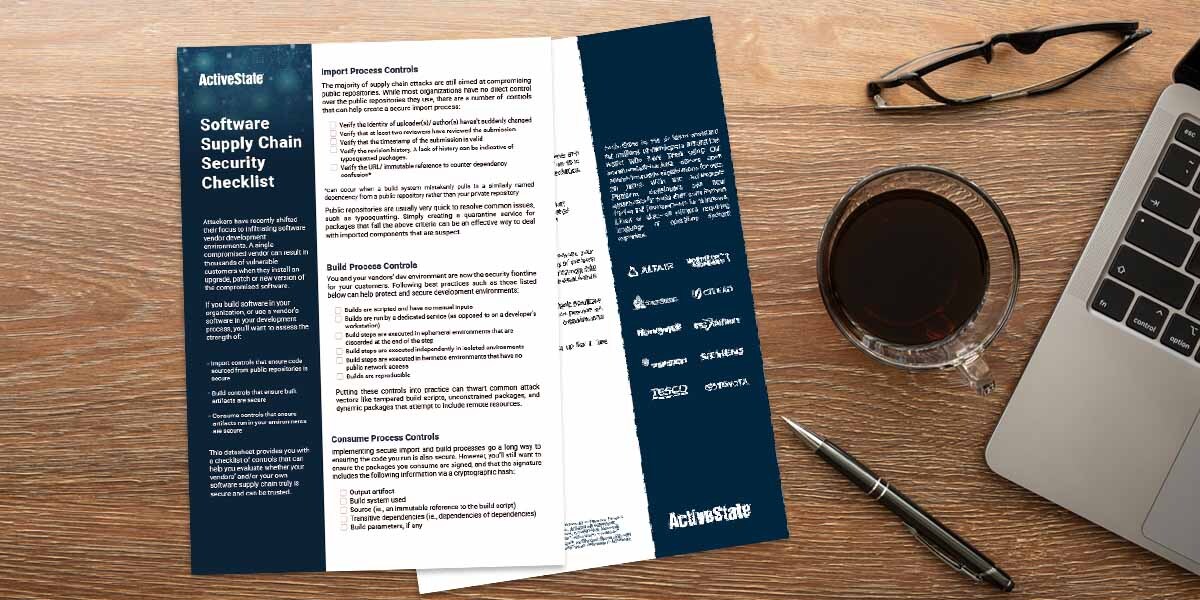 Attackers have recently shifted their focus to infiltrating software vendor development environments. A single compromised vendor can result in thousands of vulnerable customers when they install an upgrade, patch or new version of the compromised software.

This datasheet provides you with a checklist of controls that can help you evaluate whether your vendors’ and/or your own software supply chain truly is secure and can be trusted.

The majority of supply chain attacks are still aimed at compromising public repositories.

While most organizations have no direct control over the public repositories they use, there are a number of  controls that can help create a secure import process:

Public repositories are usually very quick to resolve common issues, such as typosquatting. Simply creating a quarantine service for packages that fail the above criteria can be an effective way to deal with imported components that are suspect.

You and your vendors’ dev environment are now the security frontline for your customers. Following best practices such as those listed below can help protect and secure development environments:

Putting these controls into practice can thwart common attack vectors like tampered build scripts, unconstrained packages, and dynamic packages that attempt to include remote resources.

Implementing secure import and build processes go a long way to ensuring the code you run is also secure. However, you’ll still want to ensure the packages you consume are signed, and that the signature includes the following information via a cryptographic hash:

Implementing all the controls listed above can be both time and resource-intensive. The shortcut most organizations rely on is to pick a trusted vendor and exclusively use their signed packages. Unfortunately, this method can be compromised when:

Instead, consider using the ActiveState Platform to secure your Python, Perl and Tcl supply chains. It implements many of the best practices listed here in order to create verifiably reproducible builds in which the provenance (ie., the origin) can be established for each artifact.

Rather than cobbling together custom code and multiple solutions from multiple vendors, the ActiveState Platform can provide an out-of-the-box, end-to-end solution saving organizations considerable time, resources and money.

You can try the ActiveState Platform by signing up for a free account at platform.activestate.com 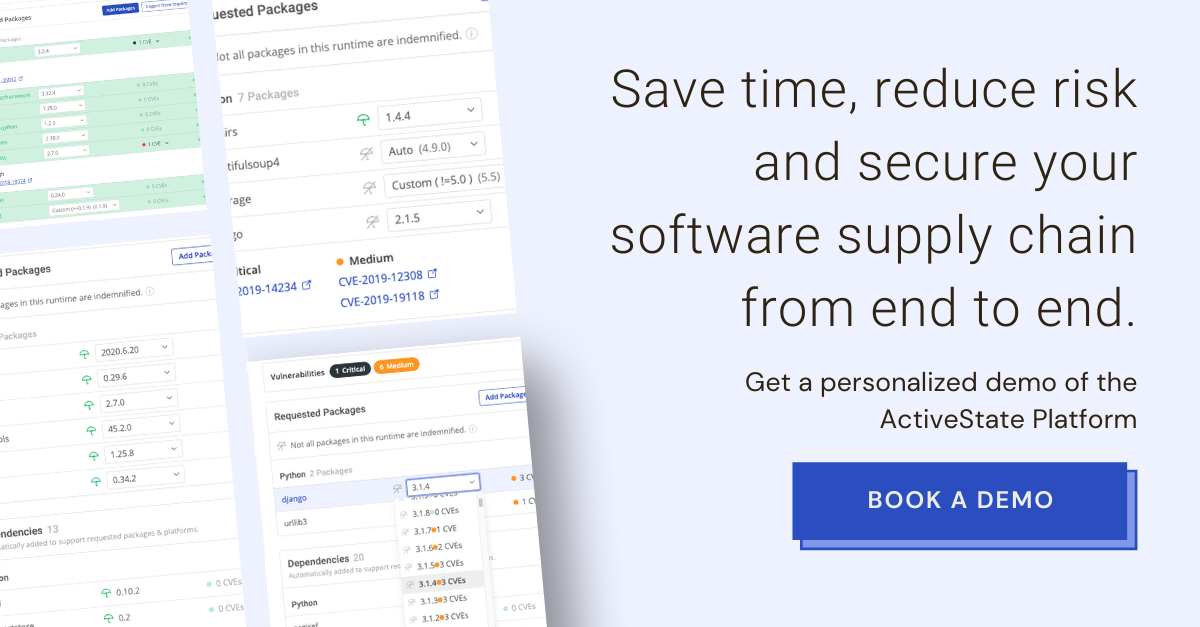 ActiveState is the de-facto standard for millions of developers around the world who have been using our commercially-backed, secure open source language solutions for over 20 years. With the ActiveState Platform, developers can now automatically build their own Python, Perl or Tcl Environments for Windows, Linux or Mac—all without requiring language or operating system expertise.

How  to try the ActiveState Platform for your Python, Perl and Tcl projects?

Developers can sign up for our Platform and use it to build a runtime environment for their Python or Perl projects right away. Or they can install it via the command line using the snippet provided here.

Upto 5 Active Runtimes per organization (or per individual, if for personal use) are free. For information on team tier or enterprise pricing, refer to our Platform Pricing or else contact Sales.

Your software supply chain is only as secure as its weakest link. Book a demo and let us show you how the ActiveState Platform can secure it from end-to-end.