Everything Developers Need to Know About Attestations 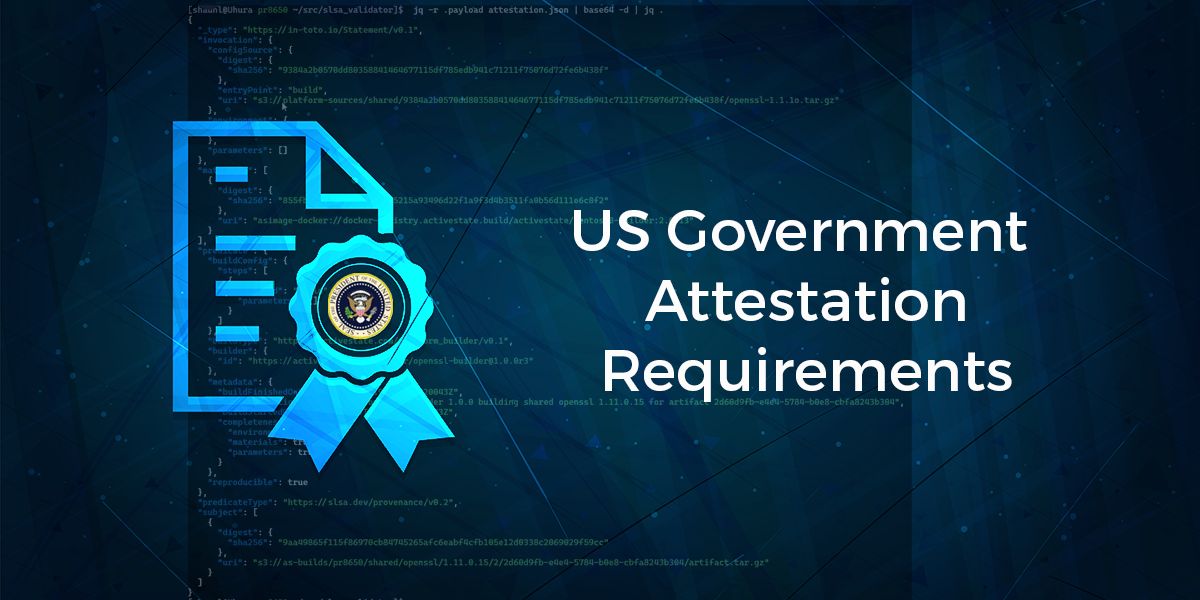 Last month the US White House issued a memorandum that impacts all software vendors who sell applications to US government departments and agencies. Essentially, they must comply with a new set of rules introduced by the US National Institute of Standards and Technologies (NIST), which can be summarized as:

What is a Software Attestation?

A software attestation is a trust mechanism that allows a verifier (i.e., a customer) to independently validate the integrity of something asserted by the provider (i.e., the vendor). For example, an attestation can verify that an application is not compromised by malicious code. In other words, attestations make it easier for users of third party code to trust that code.

Given the prevalence of third party open source software in today’s applications (in some cases making up >80% of the codebase), attestations have arrived none too soon. For example, public repositories that provide open source components to software developers currently lack:

The result is that developers are forced to either implicitly trust public repositories and open source authors, or else validate every package they import (as well as the dependencies on which that package relies). Attestations are a key mechanism for resolving these issues.

For example, for the purpose of selling to the US government, software vendors must provide an attestation that includes (at a minimum):

They also note that while self-attestation is required, government agencies can accept third-party assessments at their discretion, such as those that might be obtained from a different government agency working with the software in question. This is one of the driving reasons behind the government’s stated desire to create a “centralized repository for software attestations and artifacts.” Such a repository would go a long way toward allowing agencies to automate their software supply chain governance and compliance requirements through the use of a policy engine like Binary Authorization or in-toto ITE-6.

For example, an in-toto ITE-6 attestation includes the following parts:

in-toto ITE-6 is also the format supported by the ActiveState Platform, which will generate an attestation for the open source language runtime environment on which you build your application. ActiveState’s attestation includes: 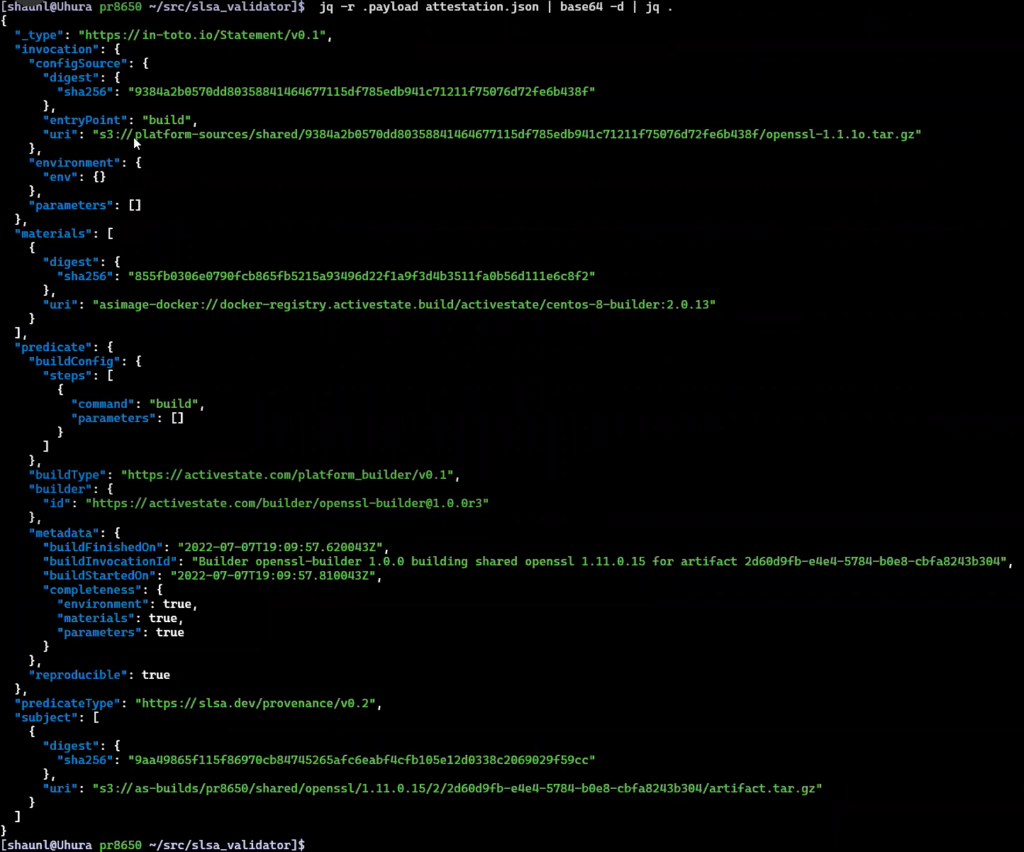 While it will cause adoption pains in the short term, the attestation requirement from the US government will inevitably help raise software security for everyone, including both public and private sectors alike. Luckily, there is still time to prepare:

But with such an aggressive timeline, contractors, resellers and software vendors that sell directly to the government need to start preparing now for the new SBOM and attestation requirements. While resellers need only check with their upstream suppliers, contractors and software vendors have heavy lifting to do in order to incorporate both SBOM and attestation generation into their current software development processes.

The simplest way to accomplish these goals is to use an off-the-shelf solution that can meet the US government’s requirements. The ActiveState Platform automatically builds runtime environments from source code (including native libraries) using a secure build service that supports the security and integrity controls defined in the highest level of the Supply Chain Levels for Software Artifacts (SLSA) framework. While there are many evolving solutions, the ActiveState Platform today also offers the ability to create both SBOMs and attestations in formats compliant with the US government’s requirements.

Want to see how the ActiveState Platform can generate an SBOM and attestation for your runtime environment?

What is SLSA? Securing Your Software Supply Chain

Use the ActiveState Platform to secure your builds and as a result secure the weakest link in your software supply chain.

Learn about SLSA, the industry-wide framework for keeping your software development process secure, and how you can meet its highest levels.