Perl 7 – How to start preparing to make the transition? 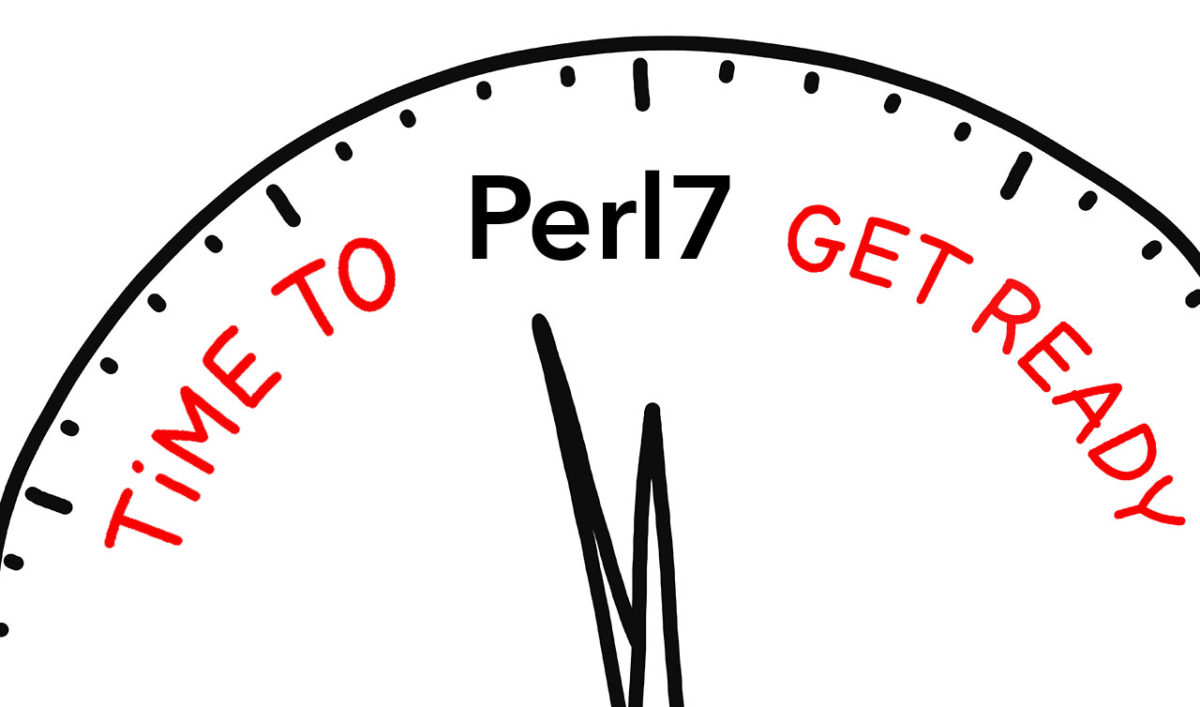 Our release of Perl 5.32 is now available! This release offers a better way to manage your Perl deployments by offering automated dependency management, virtual environments, revision control, team collaboration tools, parallel builds, and much, much more. Try it for free here.

Disclaimer: This blog post summarizes much of the publicly available information we know about Perl 7 to date. As with anything under development, features and dates may change.

On June 24, 2020 Perl 7 was announced at The Perl Conference as “Perl 5.32 with modern defaults.” In other words, all the modern conveniences you now manually enable will be enabled by default.

This is convenient, but not revolutionary, so why announce this as the next major version of Perl?

More than laying the groundwork for the future, Perl 7 is meant to make a break with the past by easing Perl out of its longstanding commitment to backward compatibility. This means that the legacy defaults from Perl 4 and 5 that no longer make sense in our more modern computing environment are likely to be removed.

As with every release of Perl, Perl 7 will be tested against modules from the Comprehensive Perl Archive Network (CPAN) to ensure compatibility. Maintainers will be notified if their modules are breaking, and given a chance to fix them. But since Perl 7 is “mostly Perl 5.32” things that have been regularly updated should just work.

In summary: Perl 7 will be Perl 5.32 with maximum modern practices and minimal historical baggage. The first release candidate should be available by the end of 2020, with a user release happening sometime in the first half of 2021. As stated in our Future of Perl ActiveState blog, ActiveState is committed to creating an ActivePerl 7 Community Edition (CE) distribution, incorporating the base language and many of the most popular community packages.

The Future of ActivePerl 5

It has been suggested that Perl 5 could be maintained for as long as 10 years from the release date of the two last versions (v5.30 and v5.32). ActiveState has always followed the lead of the community and will continue to provide support for our upcoming ActivePerl 5.32 for as long as the Perl core developers remain committed to Perl 5.

Preparing to Migrate to Perl 7

The best way to prepare is to read the book: Preparing for Perl 7. It provides excellent guidance for those that need to understand the details of how to start preparing to make the transition.

(We are giving away 7 copies of Brian’s book on LinkedIn, Facebook, and Twitter! Enter before September 14th, 2020 for a chance to win.)

In a more general sense, despite the fact that Perl 7 is not yet nailed down, there are a few things you can do right now to check that your existing code is in good shape for the move, including:

As noted earlier, these features are still in flux. You can find the latest proposals on the Perl GitHub Wiki

These are simple enough guidelines, but they can have a huge negative impact on older and/or messier code. Luckily, you can at least initially rely on compatibility modes to continue running your older code while you migrate to Perl 7.

And when it comes to migration, ensure you follow best practices:

Keep in mind that the only way to eat an elephant is one bite at a time. When you get one file working, move on to the next, testing along the way.

While Perl 7 can seem like a scary prospect for those used to the backward compatibility legacy of Perl 5, it’s just a baby step along the way to the modernization of Perl.

Major versions are labeled major for a reason since they often introduce breaking changes. We’re lucky with Perl 7 in that its breaking changes are largely for the best, doing away with outdated conventions that should have been deprecated long ago. Perl 8 will likely be far more radical than Perl 7. To keep up, it’s important to start adopting the structures and policies of Perl 7 as soon as possible, since they will largely define how the Perl language will evolve.

While you’re waiting for Perl 7, you might want to get familiar with the ActiveState Platform and our State Tool CLI, since they will be at the heart of all our Perl solutions going forward: