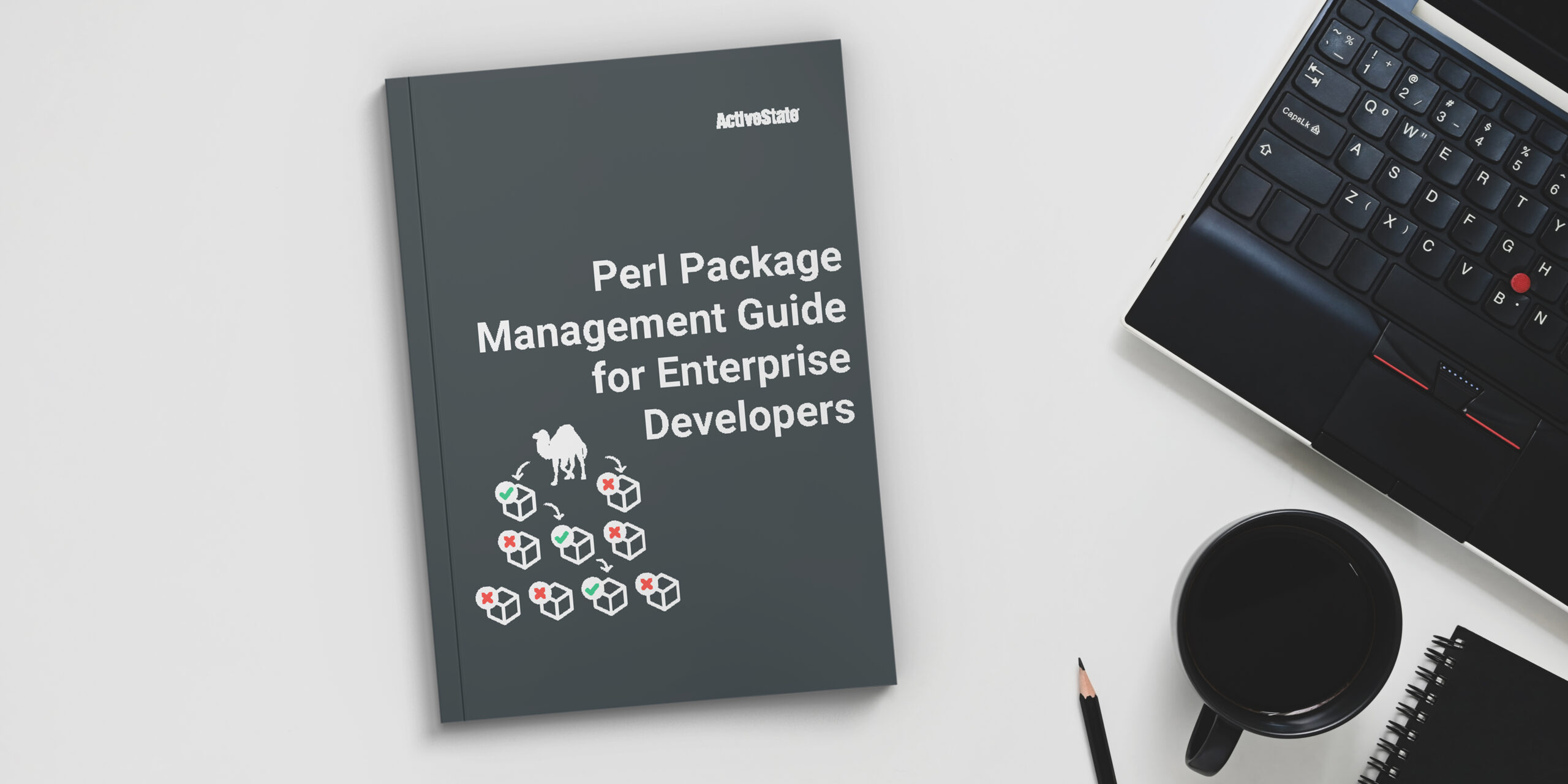 If you wrestle with any of these issues, this white paper is for you. It explains how adopting the ActiveState Platform will help you resolve these issues allowing you to spend more time coding and less time managing packages and environments. All of which means you’re more likely to complete your sprint deliverables on time!

For more than 20 years, the Perl ecosystem has featured a command line tool called CPAN, which was distributed with the Perl core and provided a functional way to download and install CPAN packages and their dependencies within the cpan shell. CPANPLUS was later introduced in the Perl core as an ambitious, full-featured alternative to CPAN starting with Perl 5.10.0, but never achieved its lofty goals and was subsequently removed in v5.20.0. Today, the most widely recommended package management tool is a third party module called cpanminus, which is a “zero configuration” tool that doesn’t require a separate shell like CPAN.

Dependency management functionality is provided by numerous third-party libraries, such as carton, which tracks Perl module dependencies in order to ensure your project can be packaged for deployment in a consistent way. Environment management is addressed by virtual environment creation and management tools like plenv and perlbrew (or berrybrew on Windows OS).

There are a number of alternative package managers available from other ecosystems, as well, such as apt and yum for Linux distributions. Linux package management tools are capable of managing packages and environments, as well as resolving dependencies. However, they do not natively support virtual environments, so you’ll have to rely on one of the solutions listed above.

Given the strengths and weaknesses of traditional package managers, seasoned Perl developers often gravitate to their favourite sets of tools to help manage their environments and dependencies. However, when it comes to issues like dependency conflicts, fixing vulnerabilities, or troubleshooting “works on my machine” issues, today’s package managers leave developers to manually implement their own workarounds.

The white paper discusses a mix of traditional and evolving use cases that are either not addressed, or else poorly addressed by traditional package management solutions. The ActiveState Platform has been specifically designed to address these gaps. 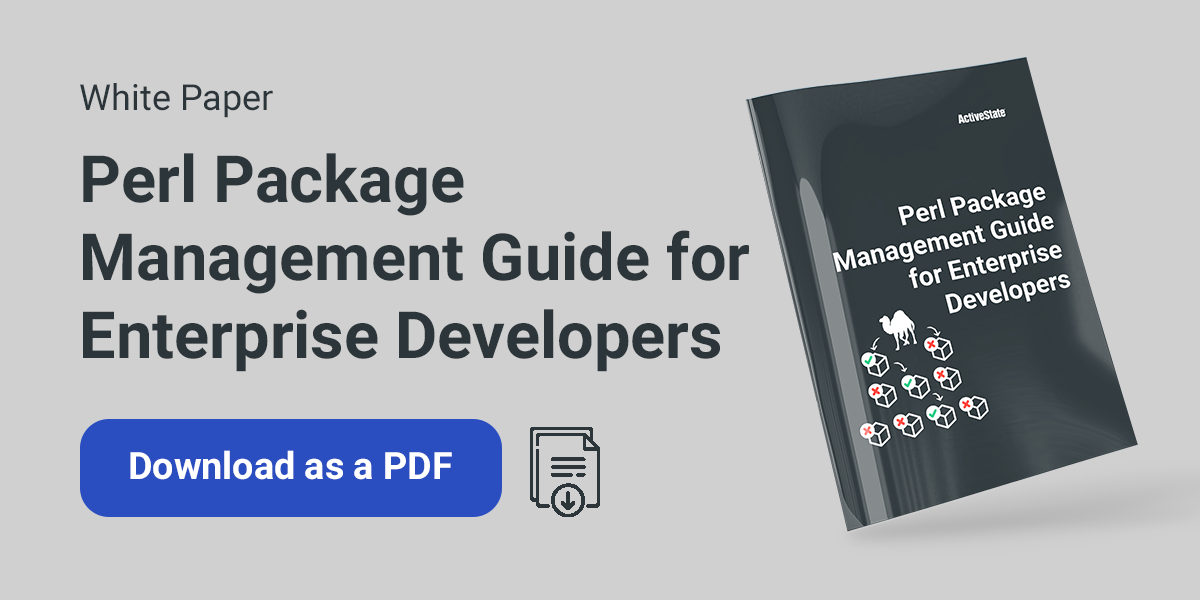 Once you download the white paper, you can explore how enterprise developers can benefit from:

Those that prefer to work from the command line can leverage the ActiveState Platform’s CLI, the State Tool, which acts as a universal package manager for Perl and Python, and provides access to most of the features offered by the Platform.

Ultimately, developers that are willing to adopt the ActiveState Platform will spend less time wrestling with Perl package management tooling and more time focused on doing what they do best: coding.

To try the ActiveState Platform for yourself, on Windows, macOS or Linux, create a free account here.

Or install our Perl 5.32 powered by the ActiveState Platform via command line for Windows or Linux (Command Prompt on Windows)

At ActiveState, we use the Platform to build not only our popular open source language distributions, but also custom runtimes for our enterprise clients (i.e. builds containing just the language and packages their project requires). Contact Sales to get a free demo and understand how it can support your enterprise’s open source needs.

[Blog] How to Optimize Perl CI/CD Pipelines for Github Actions

Install Perl 5.32 by ActiveState Free for dev use