How to Automatically Eliminate Dependency Hell 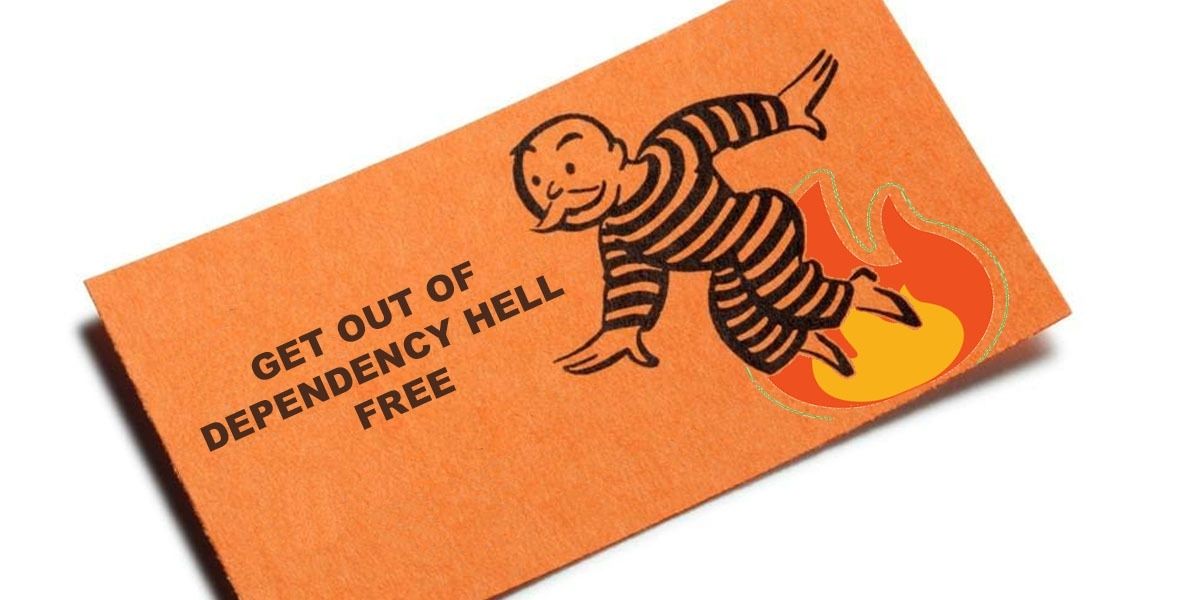 Dependency Hell. Two words developers dread. Right up there besides “crunch time” and “pay cut” for causing anxiety. Any time you use shared code like open source libraries, packages, and modules there’s always the danger that what you’re importing will blow up your environment, at which point you have a choice:

Not much of a choice.

Dependency Hell occurs when the process of trying to resolve the initial environment error uncovers even more errors. Errors typically take the form of:

These problems have been with us ever since we started reusing code decades ago, and yet there has never been a good solution. The problem is that software is not static. New versions, patches and updates are constantly being released, any one of which may or may not be compatible with your application’s environment, but there’s essentially no way to know until you try importing it. Package authors are supposed to obey standard semantic versioning rules and create major versions of their package when they break compatibility with former versions of dependencies. Unfortunately, semantic versioning is rarely enforced in open source ecosystems and even more rarely adhered to by open source authors.

Package installers will happily install their packages into your environment, irrespective of the consequences. Most package managers will at least warn you that something looks wrong. Unfortunately, if you go ahead and import the new package anyway, you risk spending the rest of your day in Dependency Hell, trying to unwind the changes to your environment and get all your packages working together again.

Most of us take advantage of dependency pinning to ensure we don’t get ourselves into dependency problems in the first place. But inevitably you’ll need to upgrade something, either to resolve a bug or a vulnerability or even to deal with an issue in the underlying language. You’ll want to have clear dependency management guidelines in place before you begin and make sure everyone is aware of them. Typical guidelines include:

The last point is key because different package managers take different approaches and have different capabilities, including:

The ActiveState Platform also provides you with instructions on how to resolve any conflicts that may arise, ensuring you always have a way to escape Dependency Hell. See how it works:

Finally, the ActiveState Platform won’t allow you to apply a non-resolvable configuration to your existing local environment, saving you from corrupting your existing installation.

Deep dive into dependency hell with our CTO Scott Robertson and understand what it means to solve dependency hell at scale. Watch our webinar ‘Solving Dependency Hell At Enterprise Scale’ 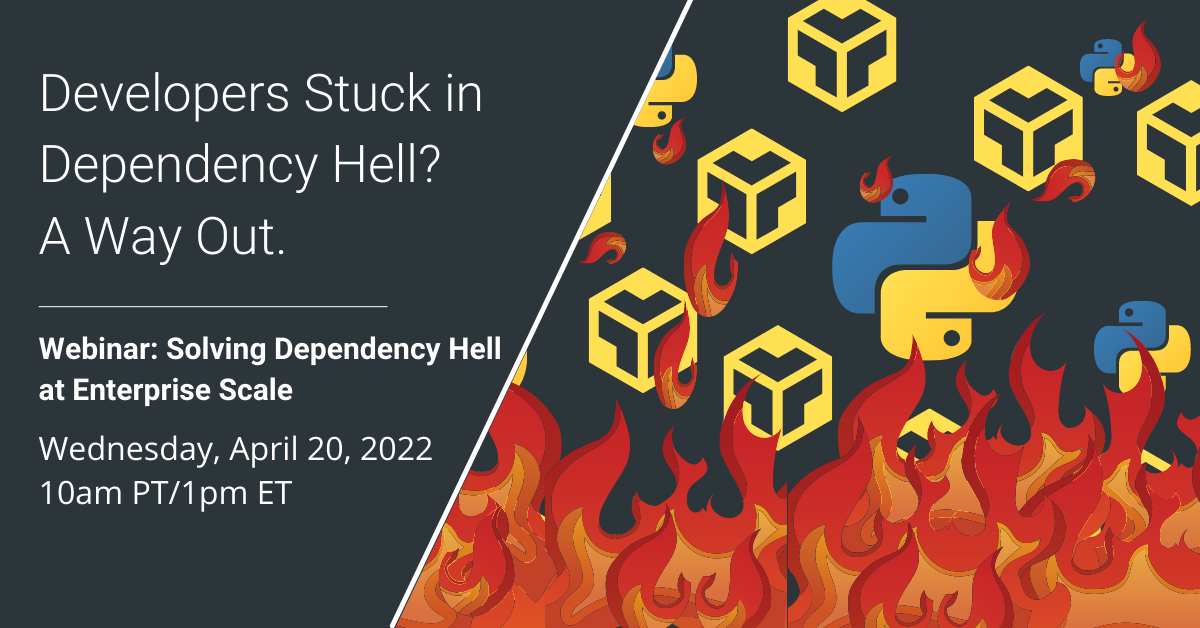