How to Prevent Dependency Confusion 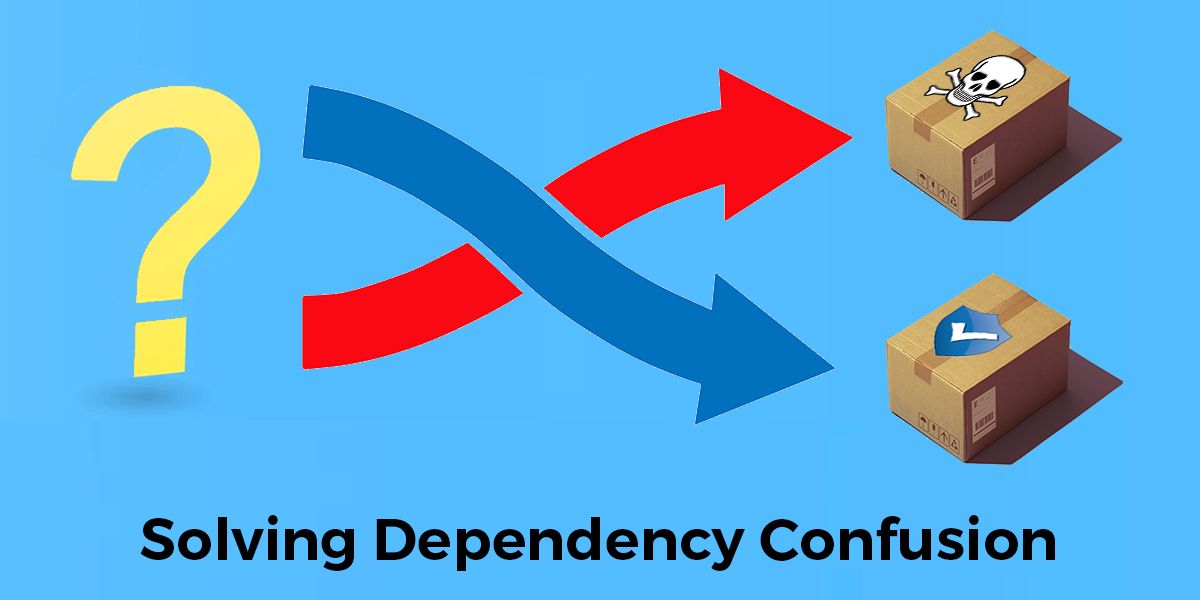 Part of the beauty of modern software creation is that it’s very easy to obtain third-party dependencies when building and deploying an application thanks to the use of open source language package managers. Need a Node package? Just use the package manager npm to download and install it on demand. Want a Python module? Pip, Python’s package manager, will include it in your software environment in seconds.

When third-party dependencies are combined with internally developed dependencies, the stage is set for systems to potentially become “confused” over which dependency to use. In this case, if you fail to validate the source of the packages, you can easily fall victim to a dependency confusion attack in which attackers trick your applications into running malicious, external dependencies instead of the internal ones you intend.

While you can’t avoid dependencies, you can be strategic about how you solve and verify the ones you use in your applications. There are a number of best practices and tools – including pre-built runtime environments, one of the most effective anti-dependency-confusion resources you can use to avoid dependency confusion risks.

Dependency confusion was voted PortSwigger’s #1 Web Hacking Technique in 2021 due to its ubiquity, since it can be extended to any open source programming language, and has been proven effective at targeting high-profile companies like Apple and Microsoft.

In fact, since Alex Birsan’s original post about dependency confusion in February 2021, the threat has only grown. Researchers have found hundreds of confusing NPM packages as well as numerous real-world confusion attacks: 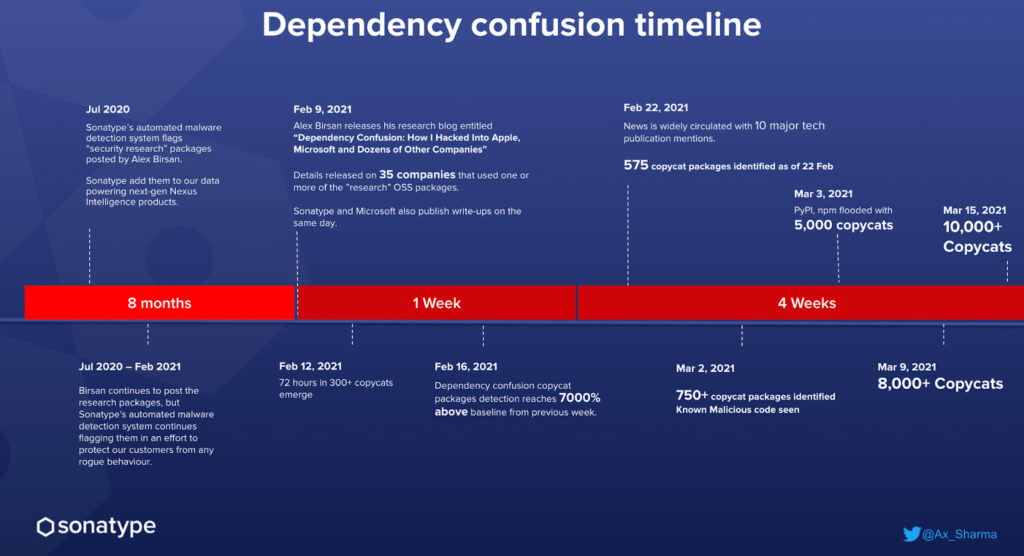 The risk of compromise by dependency confusion is increased by:

Luckily, dependency confusion doesn’t lead to fundamentally new types of security risks. However, it does represent a new, never-before-seen vector of attack that security-conscious organizations will need to counter.

So, what can you do to prevent dependency confusion exploits? There’s no simple answer, but a variety of practices can help:

Alternatively, consider using a secure, pre-built runtime environment offered by trusted vendors like ActiveState. In this case, all dependencies are built by the vendor and packaged into a runtime suitable for deployment to your development, test, production and other environments. Pre-built runtime environments make dependency confusion attacks the responsibility of the vendor, but rather than blindly trusting the vendor, ensure their build process includes:

All modern software is built with dependencies, which means they are all susceptible to dependency confusion attacks. While no silver bullet currently exists to eliminate the threat, implementing URL and checksum validation best practices can help reduce the risk.