PyPI security pitfalls and steps towards a secure Python ecosystem 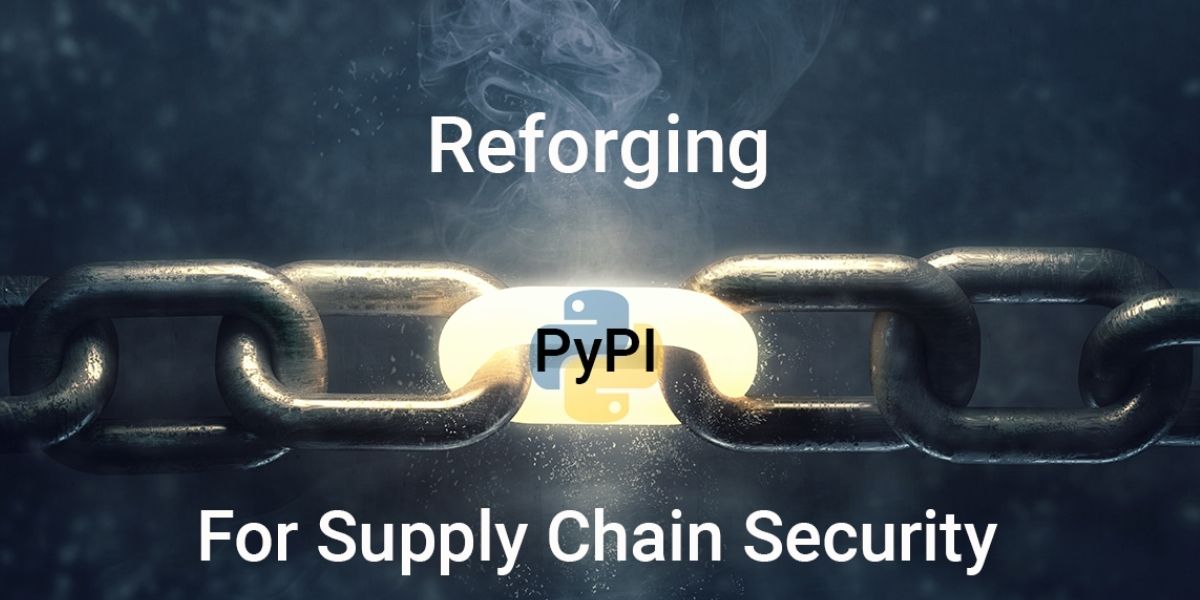 As Python developers, we depend on packages (and their dependencies) pulled from the public repositories like the Python Package Index (PyPI) to build our applications. Combined with other third-party code and our own proprietary code, PyPI-sourced components form a critical part of our software supply chain—a chain that is only as strong as its weakest link. To build robust software, we need to ensure all links in the chain are secure and free of vulnerabilities.

Fortunately, the Python Software Foundation recognizes the critical importance of software supply chain security. They’re actively working to be a good steward of the PyPI ecosystem by undertaking several important initiatives, including:

All of these initiatives are welcome additions and provide organizations with more ways to help ensure the security and integrity of the Python packages they work with. However, a number of common exploits remain unaddressed, including:

In this article, we’ll discuss the initiatives the Python Software Foundation is undertaking to address the security and integrity of Python packages, as well as some of the issues PyPI has yet to solve. Finally, we’ll offer some tools and suggestions that can help you work around them.

PyPI is certainly not the only open source repository subject to attacks by bad actors looking to compromise their user base. Unfortunately, with popularity comes attention, and Python is one of the most popular programming languages out there right now. The result is a growing number of hacks, compromises, and exploits, including:

The good news about having an active community around a popular language is that issues get discovered, reported and remediated quickly. The bad news is it also means a large number of organizations are affected, and potentially infected, as well.

Let’s explore some of the Python Software Foundation’s efforts to improve PyPI’s security.

The Python Software Foundation is in the process of rolling out a new dependency solver for pip, Python’s default package installer, in order to improve dependency management. Some improvements include:

But with these changes comes new behaviours that may inconvenience users, including:

Shamika also serves as a community manager, receiving feedback from stakeholders in the Python community. Bloomberg, the sponsor of this position, has a focus on “shifting left”  which will undoubtedly be a large influence on Shamika’s initiatives.

The Update Framework (TUF) is the Python implementation of a software update system running on a client system that can automatically connect to PyPI, download and install package updates. TUF also protects against attackers that compromise the repository or signing keys.

Currently in the process of being updated to modern Python, when this software is integrated into PyPI, software developers will be able to incorporate it into their software in order to provide a fast, secure and convenient update mechanism.

pip-audit is a new vulnerability scanner that lets developers quickly scan for vulnerabilities in any package installed in a Python environment. Once vulnerabilities are identified, developers can make an informed decision about whether they want to continue using the package, switch to a different version, or replace the package entirely.

pip-audit can help organizations shift security left by raising awareness of vulnerabilities in dev environments, and providing options that can help developers quickly remediate them. If you’ve ever used npm-audit on a JavaScript project, then you already have a good idea of what pip-audit provides for Python projects.

Despite all these efforts, the Python supply chain remains insecure. To be fair, Python is no better or worse when it comes to security than most other open source ecosystems. The problem is that open source is based on public repositories that feature millions of lines of unsigned code uploaded by hundreds of thousands of developers with little to no guarantee of the security or integrity of those software assets.

It’s unfair to think that any non-profit organization run by volunteers would be able to rein in this kind of wild west approach. But that doesn’t mean you can ignore the loopholes in PyPI’s security. Let’s take a look at some of them.

Despite the Python Software Foundation’s best efforts, PyPI still has vulnerabilities that come to light periodically. These vulnerabilities potentially give hackers access to confidential user data, or else let them sabotage systems.

Typosquatting is a social engineering attack that targets users who make typographic errors while accessing content on the internet.

In Python, this issue surfaces when users make mistakes typing an install command. For example, users might type “pip install matplatlib” instead of “pip install matplotlib.” Bad actors have repeatedly uploaded typosquatted packages that contain malware to PyPI in order to take advantage of poor typists.

One way to counter this problem is to use a private repository rather than PyPI that contains only the packages your developers require. In this way, a mistyped install command will just fail, rather than download a compromised package.

In the above scenario involving an internal repository, you should be aware that pip has the unfortunate default behaviour of checking PyPI first and foremost. This is where dependency confusion can occur:

One way to combat dependency confusion is to set pip to install only from your local repository.

Python wheels are smaller than source distributions and install faster, but they’re potentially less secure because their contents are opaque to developers. You can’t see what’s going to be executed when you import a binary wheel into your application, making you vulnerable to wheel jacking. Wheel-jacking occurs when developers are tricked into installing a compromised wheel that executes malicious code upon import.

Wheel-jacking can be used in conjunction with dependency confusion whenever bad actors identify/guess at a software package that an organization uses internally. They can then create an identically-named package on PyPI that, once imported, can access any systems and data visible to the application under development.

The best way to avoid wheel-jacking is to always build binary packages from source code.

Although the Python Software Foundation has identified security vulnerabilities in PyPI and is constantly working to improve the package repository’s security, some issues will likely always remain. As a volunteer-run organization with limited resources, it’s likely they will always be lagging behind supply chain threats that are continually evolving. After all, a bad actor only needs a single weak link to exploit, but PyPI maintainers need to plug all of them.

Instead of implementing multiple workarounds, best-in-class solutions, and custom code to make up for the security deficiencies in the Python ecosystem, consider using a third-party Python ecosystem, such as that provided by the ActiveState Platform.

The ActiveState Platform implements a turnkey, secure supply chain for Python that includes:

The ActiveState Platform is an easy-to-implement and simple-to-adopt service that can help you address many of the common exploits discussed here, including typosquatting, dependency confusion and wheel-jacking.