How to Make Python Dependencies Manageable 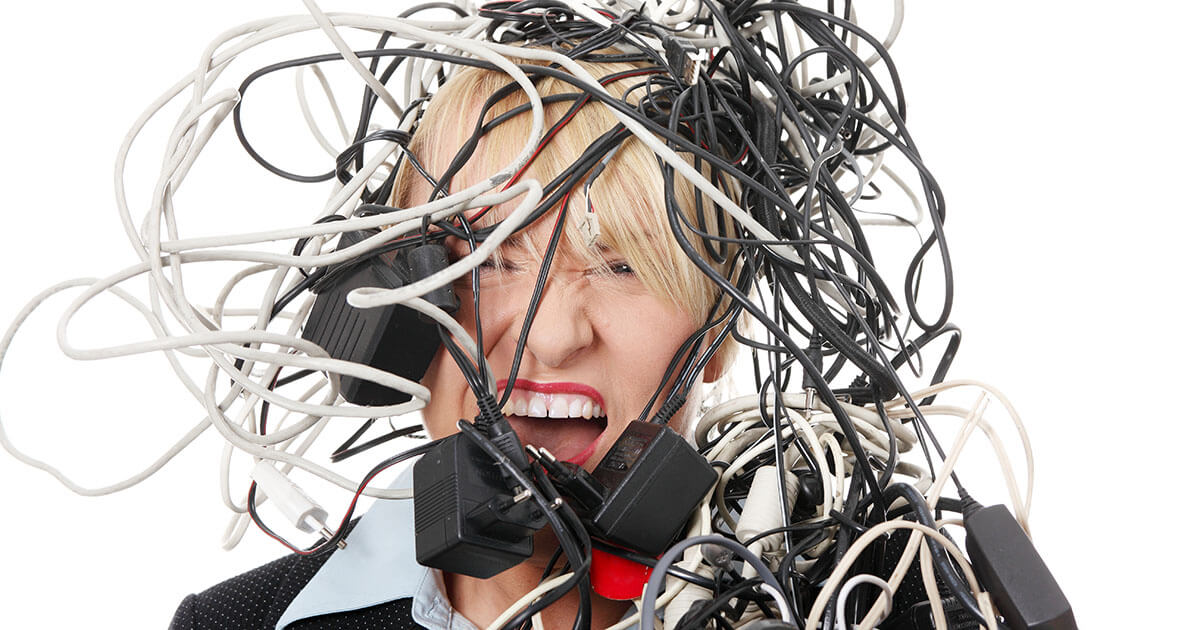 Cross-package dependencies are a nightmare. Every Readme says “install packages X, Y and Z” but they rarely mention the versions of those packages, let alone versions for their dependencies. Of course, the Readme was written three months ago, and the new version of package X relies on a dependency that’s also required by package Y. Unfortunately, they require different versions of that dependency. And then there’s your OS: it’s updated itself such that the old version of package X is incompatible, so now you have to use the new version of X. How are you supposed to get all this to work without a time machine?

If you work with Python, you’ll eventually run into projects with complex dependency trees like the above example. Since Python mostly hides these dependencies from you and automatically pulls them in as needed, it can be surprising to find out just how deep your dependencies go. As a result, you’re unlikely to have much insight into the compatibility and/or conflicts amongst dependencies. Until it’s too late…

Luckily, you have a number of options you can explore to help you address these shortcomings, including:

Unfortunately, most real world Python projects are more complicated than those supported by pip tools. For example, pip tools currently provides no way to:

If you require any of these features, consider the ActiveState Platform, which offers advanced dependency management for Python projects.

For each Python project the ActiveState Platform provides: 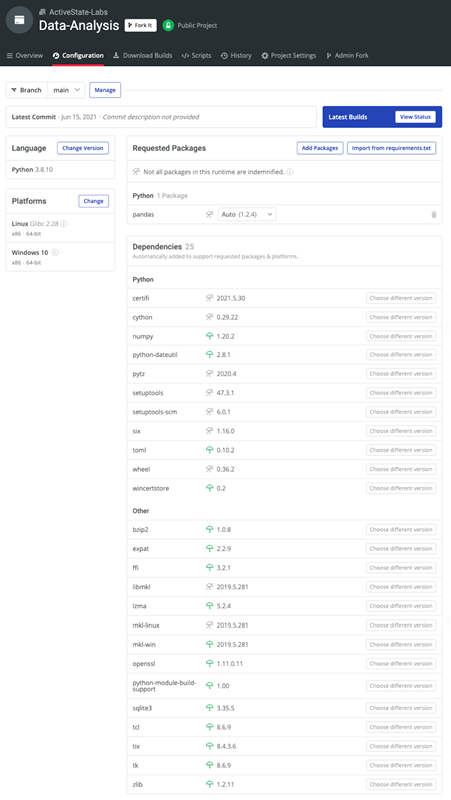 As a result, you can easily distinguish between top level packages you explicitly included in your project versus their dependencies that were pulled in automatically.

Python dependency resolution refers to the ability for a package manager (like pip) to be able to not only pull in all the dependencies required by the packages in your project, but also be able to ensure they are all compatible with each other. Unfortunately, neither pip nor pip tools are able to accomplish this.

By way of comparison, the ActiveState Platform will not only resolve all dependencies to ensure they work together but will also flag unresolvable conflicts and even suggest a manual workaround to the problem.

Ready to see for yourself? You can try the ActiveState Platform by signing up for a free account using your email or GitHub credentials. Or sign up for a free demo and let us show you how you can better manage dependencies. 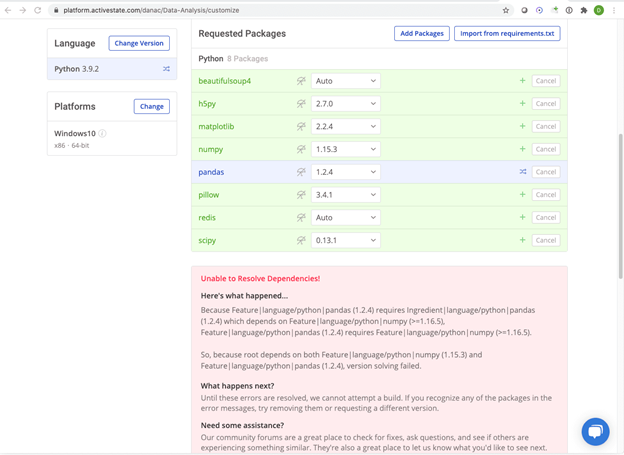 By following the instructions and selecting a more recent version of pandas will resolve the conflict. Note that when upgrading a package, the ActiveState Platform will show you all the cascading configuration changes so you can know the ramifications of any change to your environment BEFORE you commit to the update.