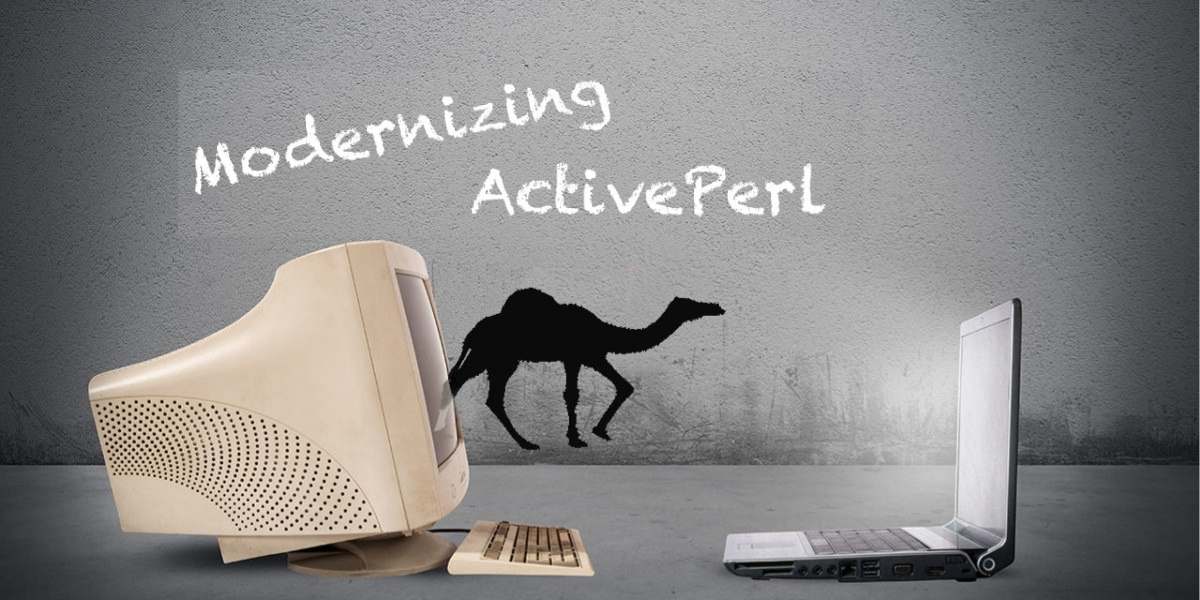 ActiveState regularly releases new versions of our ActivePerl Community Edition (CE), which packages the latest release of Perl from perl.org along with hundreds of the most popular Perl modules in a pre-built distribution that developers can quickly download, install and use to build their applications, services and scripts.

We’ve skipped ActivePerl 5.30 for now in order to focus on the latest Community Edition of ActivePerl, which will be based on Perl 5.32. As usual, it will contain:

But in a twist, this time around, ActivePerl will no longer be a pre-built, one-size-fits-all distribution.

Handcrafting large Perl distributions in this way can be painful, depending on how drastically each version of Perl, key modules, compilers, etc have changed between releases. And as with any craft, it takes time, which is why new ActivePerl distributions typically come out weeks to months after the release of a major community Perl version.

With ActivePerl 5.32 we’re trying something new in order to provide you with a distribution that:

But this also means that there will no longer be a pre-built Community Edition that you can simply download with a single click. Instead, the ActiveState Platform will build a version of ActivePerl 5.32 based on your choices, including: 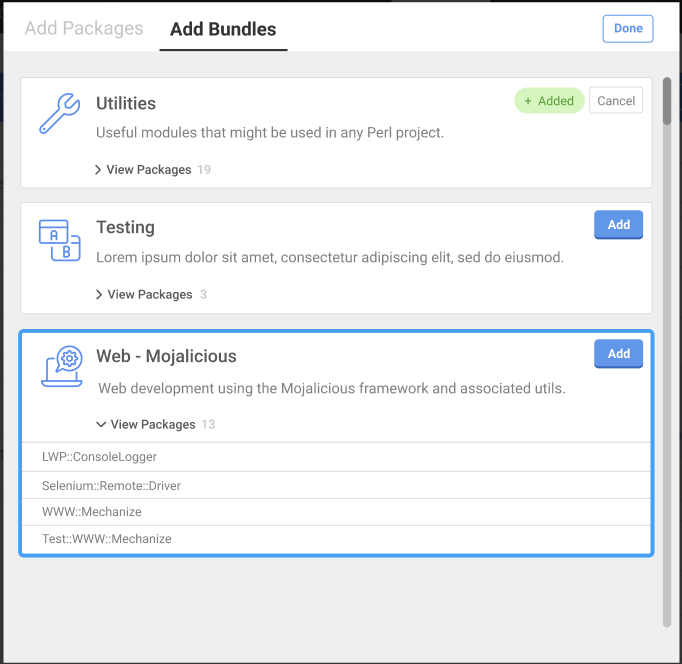 And so on. You can get as granular as you want by adding individual dependencies/changing dependency versions within bundles, or simply click “Select All.” This will include all the available bundles in your version of ActivePerl, creating a large distribution similar to our original ActivePerl CE.

In other words, you get your own ActivePerl, the way you want it.

This time around, we’ve updated the ActiveState Platform so it:

The result is a dramatic increase in build speed, which means you can typically get your version of ActivePerl 5.32 in seconds. However, please keep in mind that not every module version is buildable for every OS version at every point in time. We try our best to ensure that all the modules in all bundles are buildable, but they may not actually build for your particular bundle combination/OS. Logs are provided for each module to aid in solving build issues, or you can always ask for help in our community forums.

With ActivePerl 5.32 we’re making some other fundamental changes, as well.

For example, for better or worse, ActiveState patched the community version of Perl in order to create what we felt was a better, more stable user experience, as well as to align it with our ecosystem. The result was a version of Perl that many non-sophisticated users found easier to install, use, and add dependencies via ActiveState’s Perl Package Manager (PPM). More sophisticated Perl users, however, who didn’t need the hand-holding features of ActivePerl preferred to use a version of Perl from the community.

With ActivePerl 5.32, we will no longer apply our ActiveState patching, and instead, deliver a version of ActivePerl that works and feels much more like standard perl.org distributions. However, we don’t want to abandon our traditional users who have come to expect an enhanced user experience. To that end, ActivePerl 5.32 will come with the ActiveState Platform’s Command Line Interface (CLI), the State Tool, which will simplify installation, usage and the adding of dependencies.

In both cases, the State Tool will facilitate the installation of ActivePerl into a virtual environment to ensure your versions of Perl and associated projects are isolated from one another, avoiding dependency conflicts and environment corruption.

Similar to the way that plenv or perlbrew (or berrybrew on Windows) have been providing the Perl community with virtual environments for years, the State Tool will deliver the same functionality with two key differences:

Additionally, the State Tool will:

We believe the benefits of an up-to-date ActivePerl deployed into a virtual environment that is always restorable offers significant enough advantages to warrant the move from a pre-built ActivePerl CE to on-demand builds of ActivePerl that better fit your project needs. We encourage you to give it a try when it launches shortly on the ActiveState Platform.

Get familiar with how the ActiveState Platform and the State Tool work today:

State Tool: How to install a Perl environment with a single command?