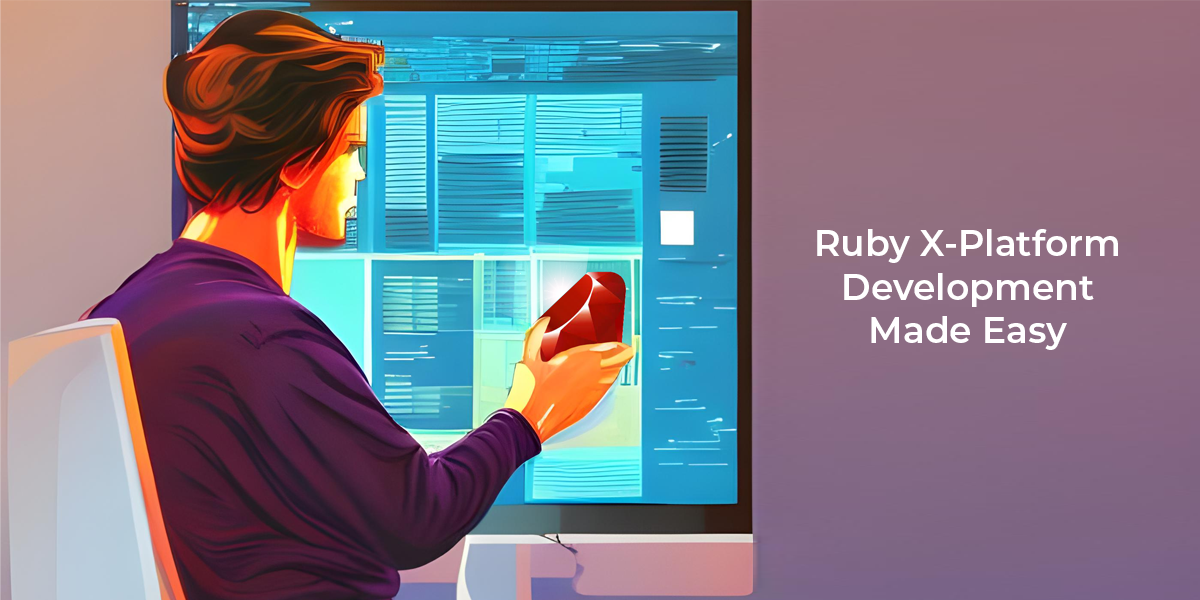 Has your team ever been tasked with customizing a complex Ruby gem? Before you can even get started on the code you have a few issues to deal with first, including:

And it all gets that much more difficult if any of the gems also require linked C libraries that will need to be compiled for all your team’s systems and target deployment platform(s).

The ActiveState Platform can make this process dramatically simpler, quicker and easier without sacrificing security. Let’s see how it might work using a complex gem like Nokogiri as an example.

Nokogiri is terrific for letting you work quickly with XML and HTML documents because it relies on native parsers like libxml2 (CRuby), libxslt and others. But those native libraries are going to complicate things when it comes to building the development environment from scratch for our two target operating systems: Windows and Linux.

To create a central, standard development environment for Nokogiri, we’ll use the following steps:

Let’s see how it works in practice.

Once logged into the ActiveState Platform, you can simply click on the New Project button in the top right of the dashboard and select: 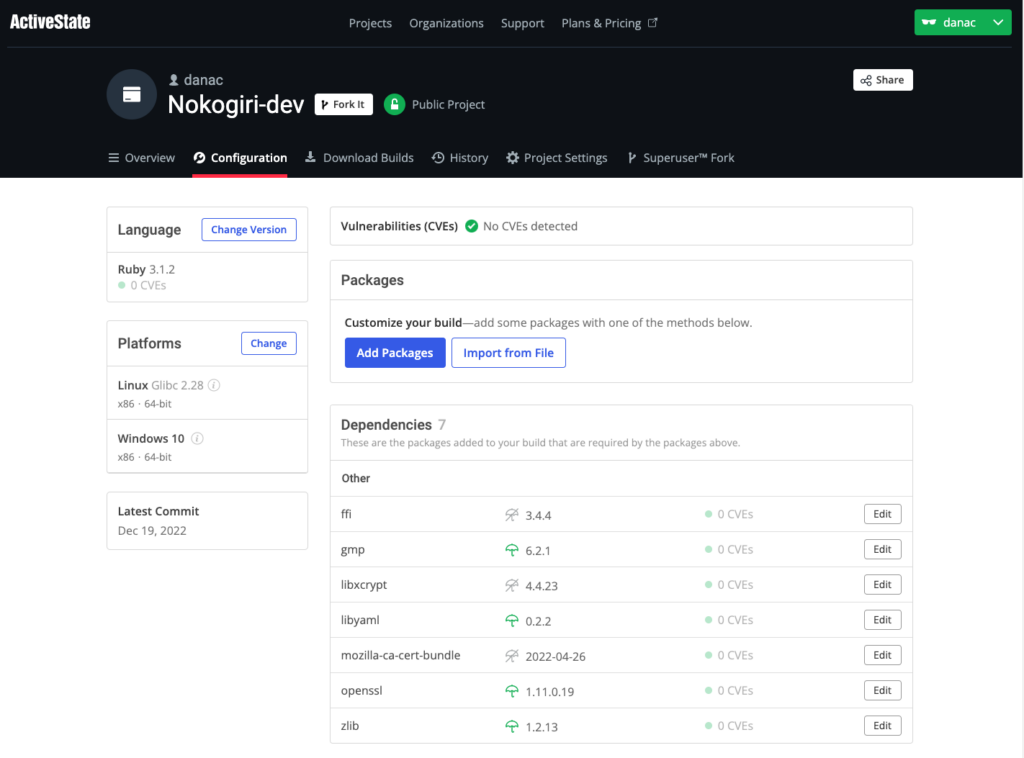 Note that libxcrypt and Mozilla’s cert bundle have been added for Linux support, and will not be added to the Windows version where they are not required.

Now we can either import a standard set of development gems from a gemfile by clicking on the “Import from File” button, or else add them one by one from the ActiveState Platform’s catalog. For example, a standard gemfile might look like the following: 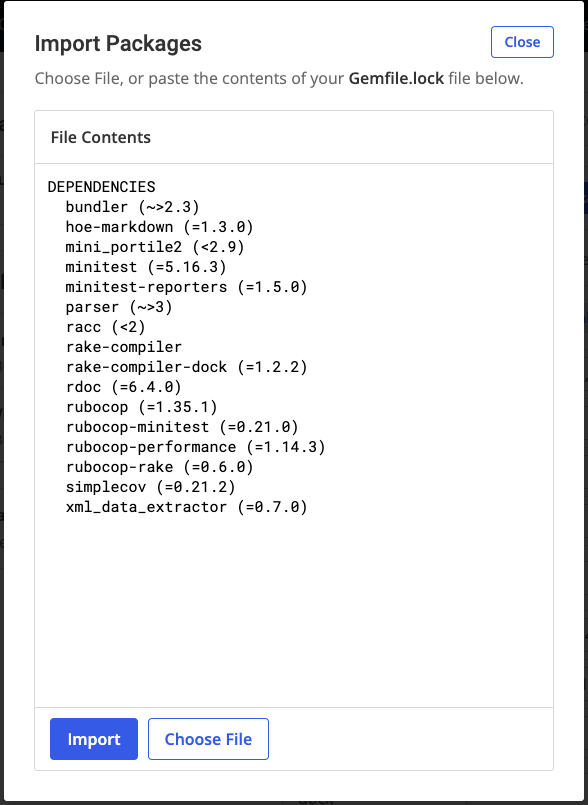 All of these gems will be added from the ActiveState Platform’s catalog. ActiveState regularly imports the source code for new gems/new versions of gems from public repositories like RubyGems, GitHub and other repos.

The ActiveState Platform will now take a few seconds to:

Since no vulnerabilities were found, we can click on the “Save Changes & Start Build” button. This will kickoff the build of all the gems from source code (including all C libraries), and then package the resulting runtime environment for deployment on Windows and Linux.

Rather than just downloading the installer or running the CLI command to install the runtime environment at this point, we can go one step further and let the ActiveState Platform install the Nokogiri source code at the same time. Here’s how:

The command does the following:

In other words, in just a few minutes, developers can have everything they need to start coding and working with Nokogiri locally in a consistent, secure environment.

The ActiveState approach dramatically streamlines the thorny problem of developer onboarding, while eliminating scripting and documenting environment setup. But there are additional benefits to using the ActiveState Platform, not the least of which is that Continuous Integration (CI) setup and testing are significantly easier, as well.

For example, on a Linux system, CI scripts can be simplified to the following two commands:

These commands do all the bootstrapping described above in Step 3 above by starting with the installation of the State Tool (ActiveState’s CLI), and then using it to create the CI environment before executing the test script. (Note: in Step 3 above, the State Tool would have been installed as the first step after downloading the runtime environment).

Entry points like “test” can be defined in the activestate.yaml file, which is automatically created and added to your virtual environment on install. This is a very handy way to ensure a consistent testing environment during local development (regardless of the operating system), as well as during CI whether or not you use containers.

ActiveState Ruby is now available for download from the ActiveState Platform. Download a recent version of Ruby for Windows or Linux.

ActiveState Ruby is available via our ActiveState Platform, which contains its own catalog of over 100,000 of the most popular RubyGems.