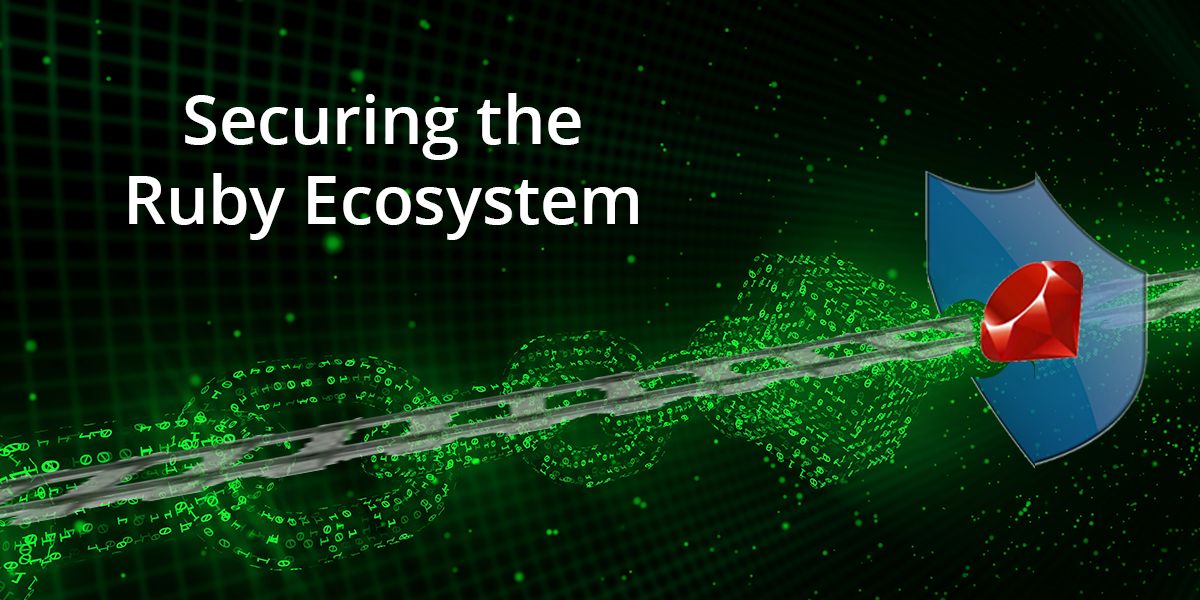 Our State of Supply Chain Security survey showed that more than one-third of ISVs implicitly trust public repositories. This means they trust not only the repository itself, even though RubyGems offers no guarantees as to the security and integrity of the gems they provide, but also all of the open source developers that create gems, as well. As a result, they may end up incorporating compromised gems into their software, which they then distribute downstream to their customers who become vulnerable to cyberattack.

These kinds of supply chain threats are assessed in the 2021 Sonatype security report. The report documents that attacks on the software supply chain have grown exponentially by up to 650% since the start of the pandemic, and are primarily aimed at exploiting weaknesses in public repositories.

Two of the most common public repository exploits are typsoquatting and dependency confusion. Both exploits are software supply chain attacks that target the lax security of public repositories in order to infiltrate organizations with the goal of stealing personal, financial, or business data:

None of the major public repositories are immune, including RubyGems, which has had a number of recent malware incidents, including:

While Ruby seems to be dodging much of the rising tide of supply chain attacks that more popular languages like JavaScript and Python are currently experiencing, RubyGems is no less susceptible to malicious actors than npm or PyPI. It’s a good thing, then, that the RubyGems public repository has recently implemented MultiFactor Authentication (MFA) in order to reduce the risk of hijacked accounts.

Public software repositories like RubyGems are here to stay, but organizations need to understand how to utilize them in a secure manner. While there are a number of best practices that can help minimize supply chain security threats, they cannot be completely eradicated. This post introduces the kinds of threats, solutions and justifications any organization serious about security can utilize to build a business case around securing their Ruby software supply chain.

Public repositories like RubyGems work so well because their “openness” allows anyone to publish any code they want, which ISVs can then reuse with trivial effort thanks to the Ruby package manager. But this very openness is what makes the Ruby ecosystem so vulnerable to supply chain exploits. More commonly, gem vulnerabilities and datedness represent weak links in the supply chain that can result in serious threats if not resolved.

Ruby developers that haven’t implemented MFA are susceptible to having their RubyGems account hijacked by bad actors that can then compromise their published gems. Additionally, because bad actors are not restricted as to the gems they can submit, they can (and do) upload gems with the names of packages that are popular in other ecosystems in an exploit known as brandjacking, hoping to target users new to Ruby.

For example, the Synopsys 2020 Open Source Security and Risk Analysis Report found that 49% of the codebases they audited that year contained at least one high-risk open source vulnerability.

Legacy Gems and the Lack of Updates

Gems are updated regularly to improve functionality and/or fix vulnerabilities & bugs. Unfortunately, the same cannot be said of Ruby application codebases, which are rarely updated unless a critical bug or vulnerability is encountered. Developers who forgo the time and resources required to maintain the gems in their codebase on a regular basis often end up spending far more time and resources to plug the security holes and performance/stability bugs when a crisis occurs.

While a gem may not be compromised, it’s no guarantee that the dependencies it incorporates (i.e., transitive dependencies) haven’t been compromised. Dependency trees can be both wide and deep. As a result, a single compromised component can have devastating ripple effects throughout the Ruby ecosystem.

The Ruby supply chain starts with the RubyGems public repository, but extends through the systems that build gems from source code and distribute them for use. Implementing a secure, end-to-end supply chain can be difficult due to its depth and breadth:

Without the proper controls in place, organizations can open themselves to attack at multiple points across the depth and breadth of their Ruby software supply chain.

Ruby Supply Chain Security Out of the Box

Like it or not, ISVs are now the frontline of security for their customers. Those organizations that are serious about security will want to put in place the processes and policies necessary to ensure:

But as software supply chain complexity increases, verifying the security and integrity of the software development lifecycle will require automated solutions for importing, building and working with gems.

The ActiveState Platform offers Ruby developers just such an automated, turnkey solution for securing their software supply chain that includes:

Want to learn how the ActiveState Platform can save ISVs significant time, resources and money when securing their Ruby supply chain compared to a multi-vendor approach? Contact Sales.