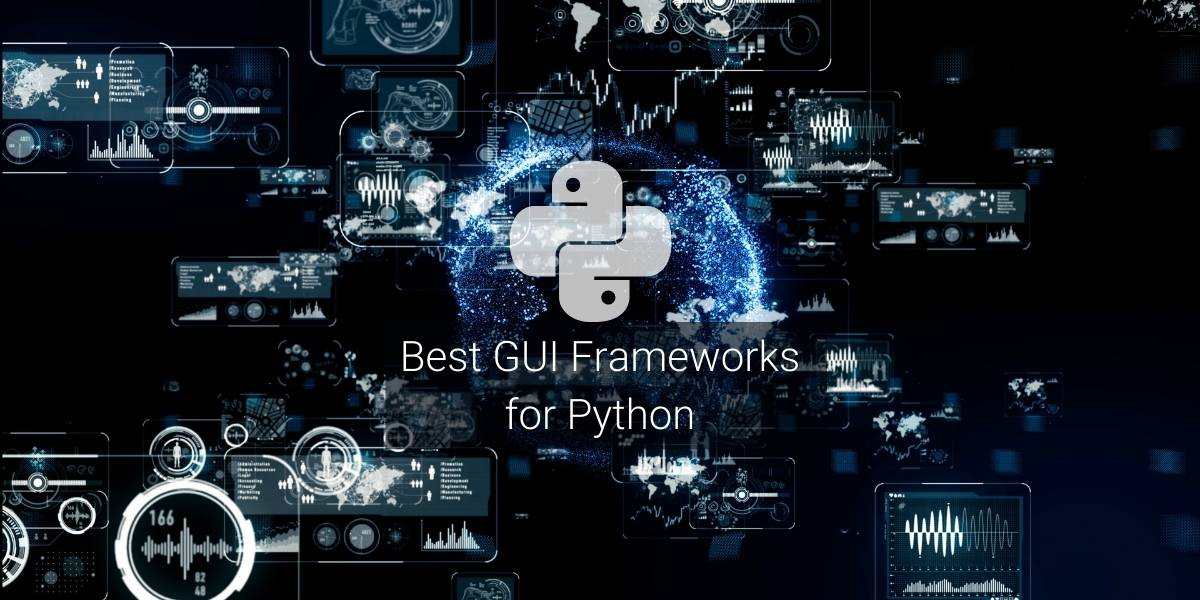 Graphical User Interfaces (GUIs) are one of the most important parts of any web application. Some would say THE most important part, since today’s sophisticated users are quick to abandon applications with poor usability. The same is true for Python applications, as well. Novice Python programmers usually experiment with building a GUI after they have mastered the basics of Python programming. That’s when they find out a framework is essential for effective GUI development, but Python has no lack of GUI frameworks. The question quickly becomes, which one is the best for your application?

To answer this question we first have to know why a GUI is important for your application.

Why is a GUI Important?

Your GUI is your application’s first impression. If you’re hoping to be successful, you can’t afford to make a bad first impression. You’re going to need a lot of different graphical elements, including buttons, checkboxes, toggles, dropdown lists, search fields, sliders, tooltips, and many more — everything your user needs to interact with the functionality provided by your application. Haphazard placement or unappealing widgets won’t help with first impressions.

Security and performance are also key factors that define the quality of your application and your user’s experience with it. You’ll want your application to be both fast and secure, but you don’t want to have to sacrifice your GUI to do it. If users have trouble interacting with your application efficiently, your user base is going to suffer.

Why is a GUI Framework Important?

Development frameworks are designed to make the life of a developer easier. They make a particular kind of application easier to create, or a particular language easier to work with. A GUI framework for Python makes developing the user interface for your application far easier than trying to code it by hand in Python.

Now that you know what to look for, I’ll count down what I consider to be the top ten Python GUI frameworks. For each, I’ll discussing their unique selling points, including:

Before you start: Install Our GUI Frameworks Ready-To-Use Python Environment

The easiest way to get started testing out GUI frameworks is to install our GUI Frameworks Python environment for Windows or Linux, which contains a version of Python and most of the packages listed in this post.

In order to download the ready-to-use GUI Frameworks Python environment, you will need to create an ActiveState Platform account. Just use your GitHub credentials or your email address to register. Signing up is easy and it unlocks the ActiveState Platform’s many benefits for you!

For Windows users, run the following at a CMD prompt to automatically download and install our CLI, the State Tool along with the GUI Frameworks runtime into a virtual environment:

For Linux users, run the following to automatically download and install our CLI, the State Tool along with the GUI Frameworks runtime into a virtual environment:

The Python GUI Project, aka PyGUI framework, is a simple API for developers to create user interfaces using native elements for Python applications. As a lightweight API, not a lot of code is needed between the app and the target platform, making it far more efficient than many of the other frameworks on this list.

Wax is the wrapper for wxPython (see #3 in this list). It offers the same functionality as wxPython, but is far more user-friendly. I’ve also included an example of how to use Wax at the bottom of this post.

Pyforms-GUI is a software layer that forms part of the Pyforms main library, which also includes PyForms-Web, and PyForms-Terminal. Pyforms is the Python implementation of Windows Forms, which lets you develop interactive interfaces for Windows GUI mode, Web mode, and Terminal mode.

PySimpleGUI was created way back in 2008 to make GUI development in Python more accessible. What’s in a name? Well, much as the moniker implies, this is a GUI framework expressly written for absolute beginners in Python GUI development.

Kivy is a cross-platform, open source Python library (based on Python and Cython) designed for rapid development of apps with complex UIs, like multi-touch apps. Kivy runs on Linux, Windows, OS X, Android, iOS, and Raspberry Pi, and you can run the same code on all these platforms.

The combination of ‘code once, run on multiple platforms’ plus the use of powerful graphic techniques (built-in support for OpenGL ES 2) makes this framework suitable for designers of iOS and Android apps.

PySide2 is Qt for Python, offering the official Python bindings for Qt. This enables the use of Qt APIs in Python apps, and also a binding generator tool (Shiboken2) to expose C++ projects in Python.

Qt is considered the standard for GUI design against which all other Python GUI frameworks are measured. As such, PySide2 gives Python developers access to a proven collection of tools and libraries for the fast and flexible creation of user interfaces.

wxPython is a cross-platform GUI toolkit you can use to create robust, functional GUIs in a simple and easy manner. The implementation is a set of Python extension modules that wrap the GUI components of the wxWidgets cross-platform library, which is written in C++.

wxPython creates native user interfaces that add zero additional overhead to the application, giving you the capabilities of a functional library without the burden.

Tkinter is a combination of the Tcl and Python standard GUI frameworks giving you all the widgets you need to create a rich UI for whatever application you’re working on, but it’s especially suitable for developing desktop apps.

PyQt5 is a very well-known GUI framework used by both Python coders and UI designers. One of its components, the PyQt package, is built around the Qt framework, which is a leading cross-platform GUI design tool for just about any kind of application. The PyQt5 package has a detailed set of bindings for Python based on the latest version (v5) of the Qt application framework. It also provides SQL support for connecting to databases.

Creating GUIs is wonderfully easy with the QtGUI and QtDesigner module, providing plenty of visual elements that can be implemented simply by dragging and dropping widgets.

Long story short: it depends on your needs! For example:

For me, the best UI framework is Wax, the user-friendly version of wxPython. It has all the characteristics of an effective Python framework for GUI development without many of the bells and whistles of more complex solutions. However, if you have a need for advanced graphics and design elements, then you should probably be trying PyQt5, Tkinter or PySide 2. 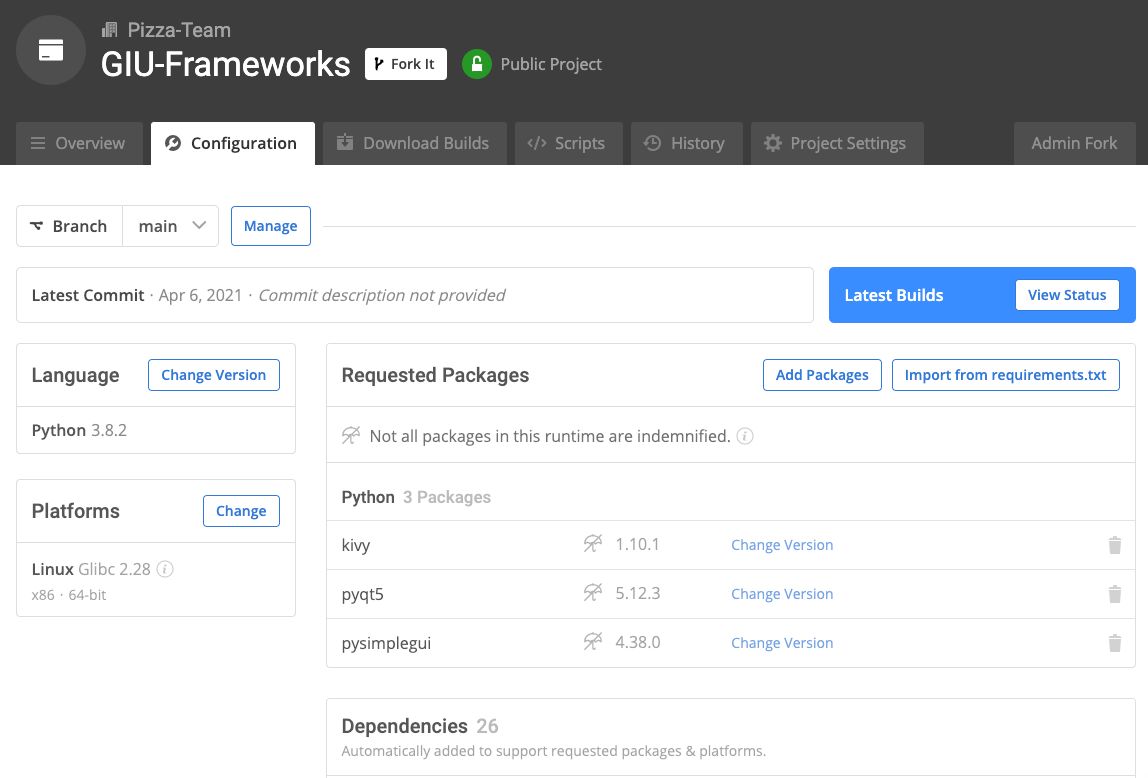