Home » Resources » Data Sheets » The State of Package Management (and How to Make It Better)
Last Updated: January 24, 2022 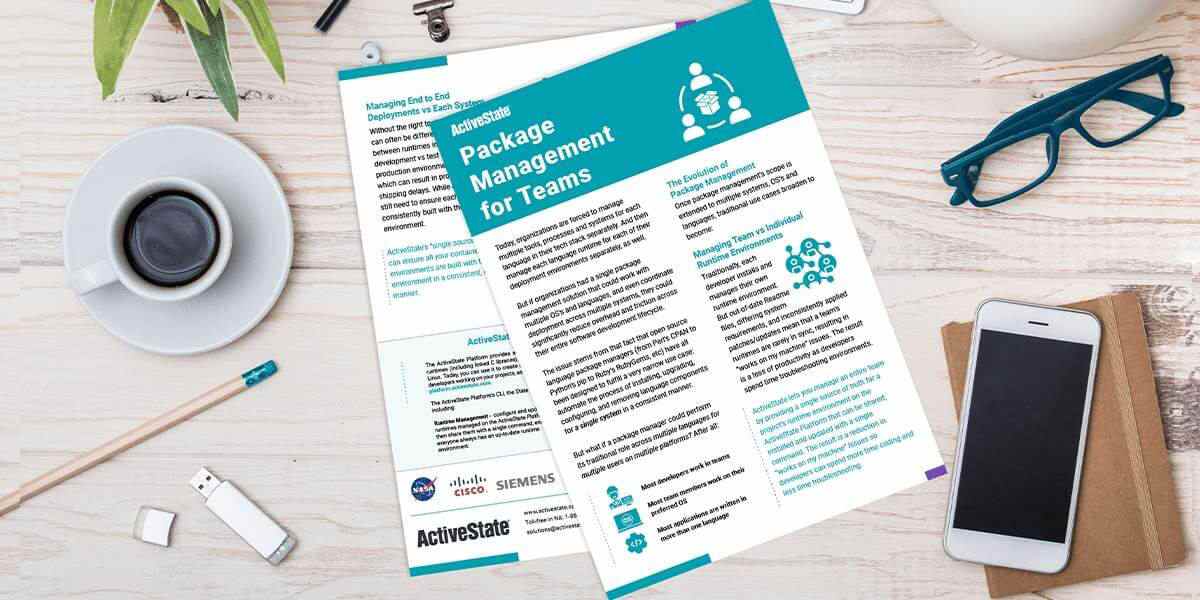 To coin a phrase, good things come in managed packages. Language package managers take all the tedious, manual work out of installing, configuring, updating and otherwise managing your open source language so you can focus on what matters most – coding.

Every programming language has at least one (many have multiple) package managers to help deal with the thousands of third-party components in their ecosystem. But each of these package managers were designed to manage language components on a single system. What if a package manager could perform its traditional role across multiple languages for multiple users on multiple platforms? This Datasheet presents a solution.

Today, organizations are forced to manage multiple tools, processes and systems for each language in their tech stack separately. And then manage each language runtime for each of their deployment environments separately, as well. But if organizations had a single package management solution that could work with multiple OS’s and languages, and even coordinate deployment across multiple systems, they could significantly reduce overhead and friction across their entire software development lifecycle.

The issue stems from that fact that open source language package managers (from Perl’s CPAN to Python’s pip to Ruby’s RubyGems, etc) have all been designed to fulfill a very narrow use case: automate the process of installing, upgrading, configuring, and removing language components for a single system in a consistent manner. But what if a package manager could perform its traditional role across multiple languages for multiple users on multiple platforms? After all:

The Evolution Of Package Management

Once package management’s scope is extended to multiple systems, OS’s and languages, traditional use cases broaden to become:

Traditionally, each developer installs and manages their own runtime environment. But out-of-date Readme files, differing system requirements, and inconsistently applied patches/updates mean that a team’s runtimes are rarely in sync, resulting in “works on my machine” issues.

The result is a loss of productivity as developers spend time troubleshooting environments.

Managing End To End Deployments VS Each System

Without the right tools, there can often be differences between runtimes in your development vs test vs production environments, which can result in productivity loss and shipping delays.

While containers help, you still need to ensure each container is consistently built with the correct runtime environment.

The resulting inconsistencies create a proliferation of “works on my machine” issues.

The ActiveState Platform provides a cross-platform build environment that can automatically build language runtimes (including linked C libraries), resolve dependency conflicts, and package them for Windows, Mac, and Linux.

Today, you can use it to create a Python, Perl or Tcl runtime that acts as the single source of truth for all developers working on your projects, as well as DevOps managing your CI/CD processes. Create a free account at platform.activestate.com. 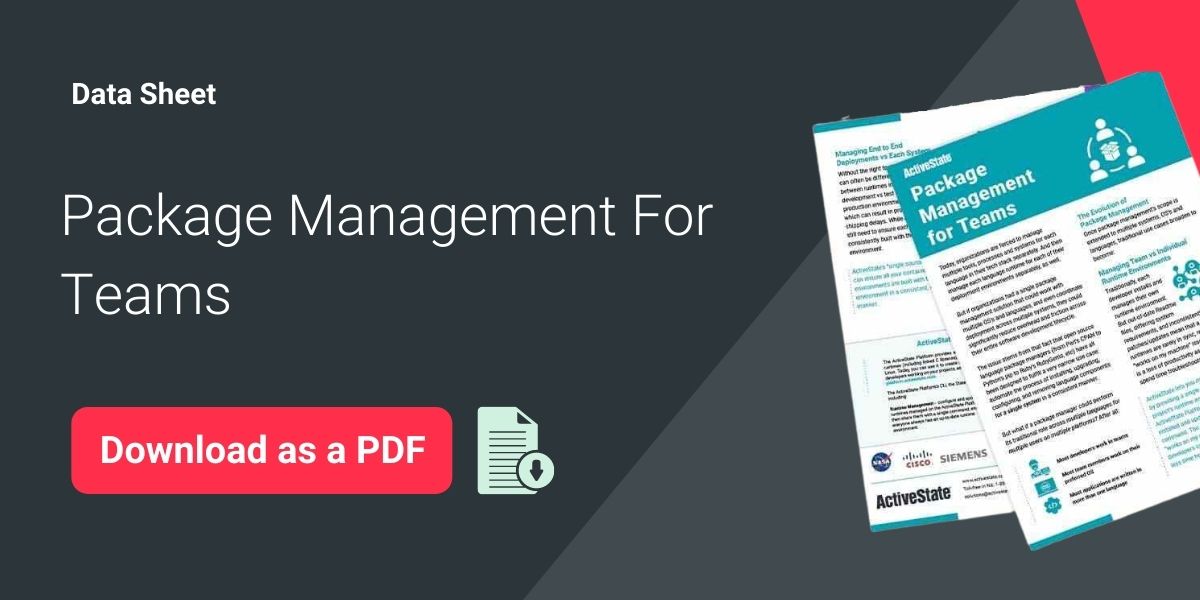 Whether you’re looking to more easily manage multiple projects on your system without corrupting your global installation, or else ensure consistent, reliable runtime environments across dev, test and production, our team-based package management solution can help. Enable everyone on your teams to spend less time troubleshooting and more time coding, delivering and shipping software.

Get in touch with us about your unique challenges, and give us a chance to show you how we can help solve them. ActiveState can help organizations:

We know that together we can make it simple for everyone to install, run, and manage any open source language runtime, no matter the OS, dependencies, or languages used. Let’s talk!

[Video] How To Install And Manage Perl With The State Tool

Want to learn if ActiveState is a good fit for your organization? Schedule a consultation.