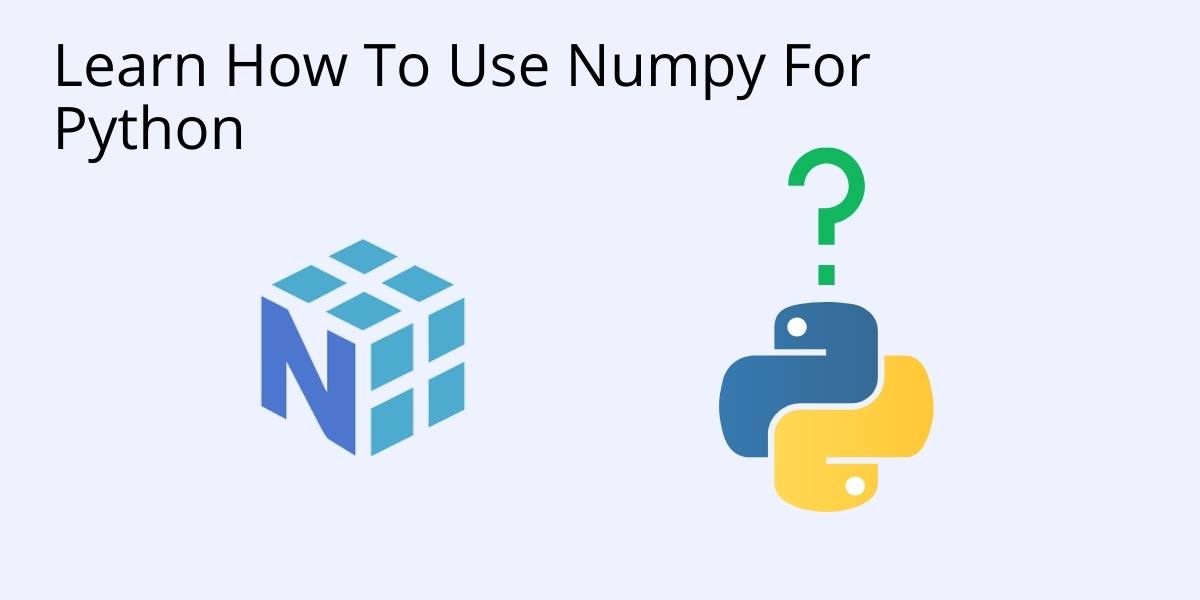 Before we start: This Python tutorial is a part of our series of Python Package tutorials. You can find other Numpy related topics too!

Numpy is one of the most commonly used packages for scientific computing in Python. It provides a multidimensional array object, as well as variations such as masks and matrices, which can be used for various math operations. Numpy is compatible with, and used by many other popular Python packages, including pandas and matplotlib.

Why is numpy so popular? Quite simply, because it’s faster than regular Python arrays, which lack numpy’s optimized and pre-compiled C code that does all the heavy lifting. Another reason is that numpy arrays and operations are vectorized, which means they lack explicit looping or indexing in the code. This makes the code not only more readable, but also more similar to standard mathematical notation.

The following example illustrates the vectorization difference between standard Python and numpy.

For two arrays A and B of the same size, if we wanted to do a vector multiplication in Python:

In numpy, this can simply be done with the following line of code:

Numpy makes many mathematical operations used widely in scientific computing fast and easy to use, such as:

The following tutorials will provide you with step-by-step instructions on how to work with NumPy, including: