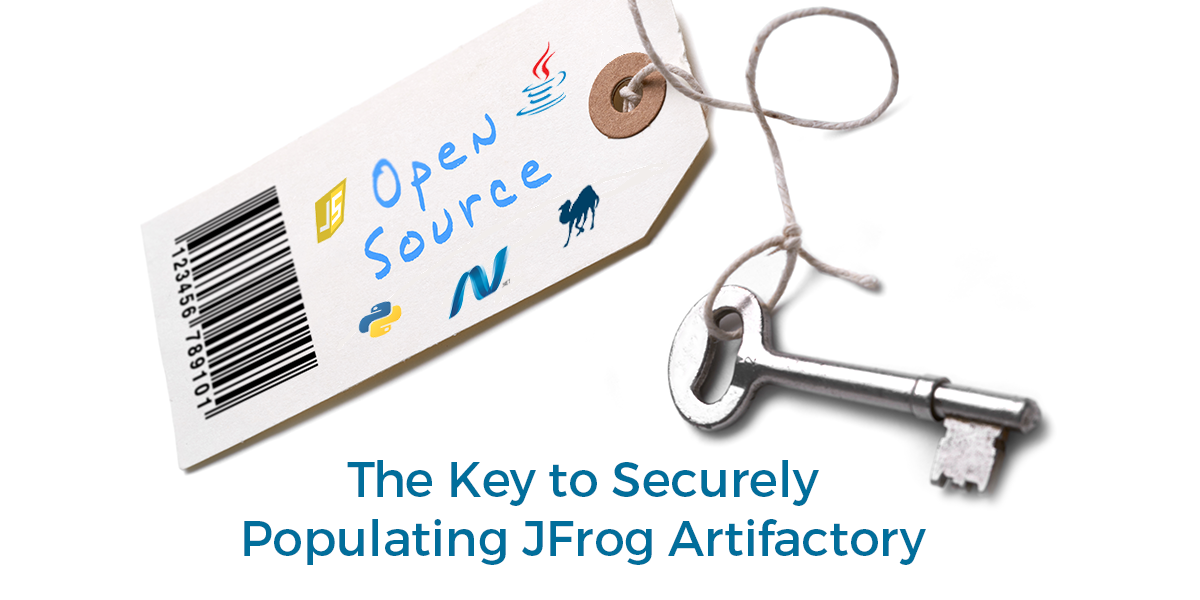 Most enterprises have some kind of binary or artifact repository within their organization in order to better manage the import and use of open source packages. For example, before populating a repository most organizations perform a number of traditional checks in order to verify incoming packages are:

And so on. While these checks can help manage traditional governance, compliance and security risk, they ignore the emerging risks associated with the software supply chain. Open source supply chain threats extend far beyond just identifying and managing vulnerabilities to include:

While vulnerability threats have been with us for decades, supply chain threats have been growing exponentially since 2020 for the simple reason that bad actors have discovered economies of scale. Previously, they had to target hundreds of corporations individually. Now they’ve realized they can target a single software vendor whose thousands of customers then install a compromised update providing them a potential point of entry. In other words, a single attack can compromise thousands or even tens of thousands of corporations.

This marked increase in supply chain attacks is reflected in a recent Anchore study, which shows more than 70% of software organizations have had their development efforts directly impacted during 2021. More importantly, they’re 5x more likely to suffer significant impact: 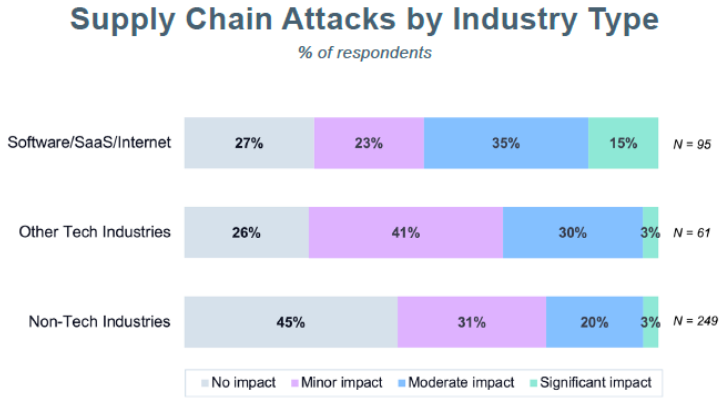 As a result, President Biden called for fundamental changes in the way we build and secure software created with open source components, including the need for:

While these initiatives are important, software vendors should be aware of a number of other best practices that can help better secure their open source supply chain, starting with what they import into artifact repositories like JFrog Artifactory.

You are What You Ingest: Import Open Source Packages Securely

Most organizations already have an open source vulnerability process in place, typically automated by things like Software Composition Analysis (SCA) tools. But while vulnerability tracking is important, it’s only the tip of the iceberg.

As an example, consider our ActiveState platform, which incorporates an open source import pipeline. This automated system regularly checks upstream open source language repositories like PyPI, CPAN, RubyGems, etc. When we find resources we don’t already hold in the ActiveState Platform’s catalog, we:

But these kinds of controls take extensive time and resources to implement and maintain. As an alternative, you might want to consider importing the packages your developers require from a trusted vendor instead. Just keep in mind that this solution is not necessarily a silver bullet.

It is by now customary to trot out the example of SolarWinds to prove a point: not only can your software build process be hacked, but you may also be signing the compromised output and distributing it to your customers who install it as a secure update from a trusted vendor.

Could never happen to you? Maybe, but we know from our Software Supply Chain survey that while 80% of organizations build at least some of the open source packages they use from source code, very few have implemented security and integrity controls (see chart below) to ensure the artifacts they build have not been compromised. Worse, only 22% of them are capable of creating reproducible builds, making it difficult to ascertain whether the original components were themselves secure. 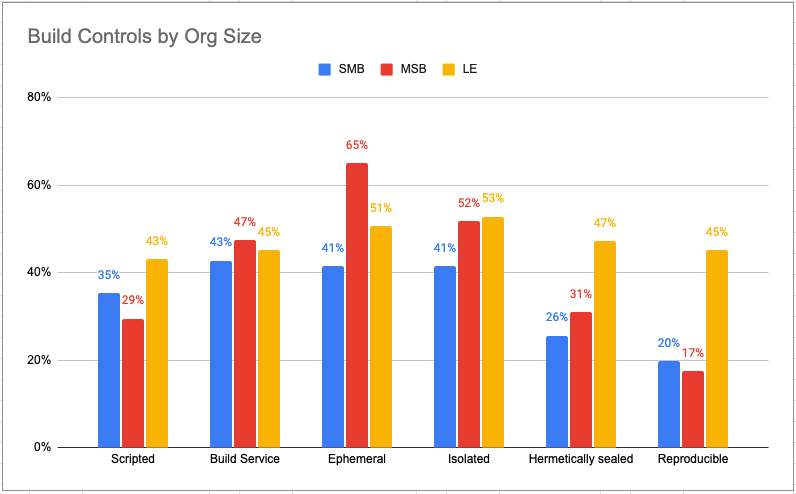 In this way, the ActiveState Platform generates verifiably reproducible builds in which not only do the same inputs always produce the same outputs but the artifacts produced can be traced back to their source.

Your applications are only as secure as the building blocks from which they’re made. That may seem like a platitude, but it’s surprising how many organizations willfully ignore the ramifications of the statement, preferring to bury their heads in the sand than implement an effective solution. Why? It’s not their core business. Time and resources spent on securing a software supply chain that does not generate revenue is time and resources NOT spent on coding software solutions that do.

But supply chain security doesn’t have to be a zero sum game.

The easiest way to secure your software supply chain is to start secure by importing only packages from a trusted partner that have been built with a secure build service and vetted for maintainability, security and use in commercial applications. This is what ActiveState’s Trusted Artifacts Subscription is designed to provide via the ActiveState Platform, along with:

In a similar way, we can securely build the Java, JavaScript, .Net and other open source language packages your developers require, and then populate and maintain them in your JFrog Artifactory instance on a regular basis.

Best of all, your developers can continue to work with Artifactory in exactly the same way they do today. Keeping in mind the fact that 80% of projects never update third-party libraries after including them in a codebase, it’s more vital than ever to ensure your teams start secure before they even write their first line of code.

Understand how ActiveState can help you decrease the risk and overhead of managing open source language packages in JFrog Artifactory. Let us walk you through how the solution can fit your team’s (or teams’) needs.

Talk to our product experts >

Need to share this information with others in your team? Download our Solution Sheet that lists the benefits and features ActiveState’s Trusted Artifact Subscription brings.

Want to learn more? Read about how we can help you: