Python from ActiveState is a part of the ActiveState Platform, which allows you to build Python environments for each of your projects.

The ActiveState Platform catalog includes thousands of the most popular Python packages, imported as source code from the Python Package Index (PyPI), as well as other repositories.

The ActiveState Platform will automatically build the packages you need, from source (including any linked C or Fortran libraries), and package them for Windows, Mac and Linux in just a few minutes so you can start working on your project right away!

You can install Python by running this code snippet on your command line.

The list below is just a sample of the packages included in our catalog. To explore the complete list head to the ActiveState Platform and start building. It’s free!

Ready to give it a try? You can install Python 3.9 and our CLI, the State Tool by running the following command:
At a Windows CMD prompt:

Watch a 2 minute video to see how easy it is to get your project running.

Why Use The ActiveState Platform For Python Package Management? 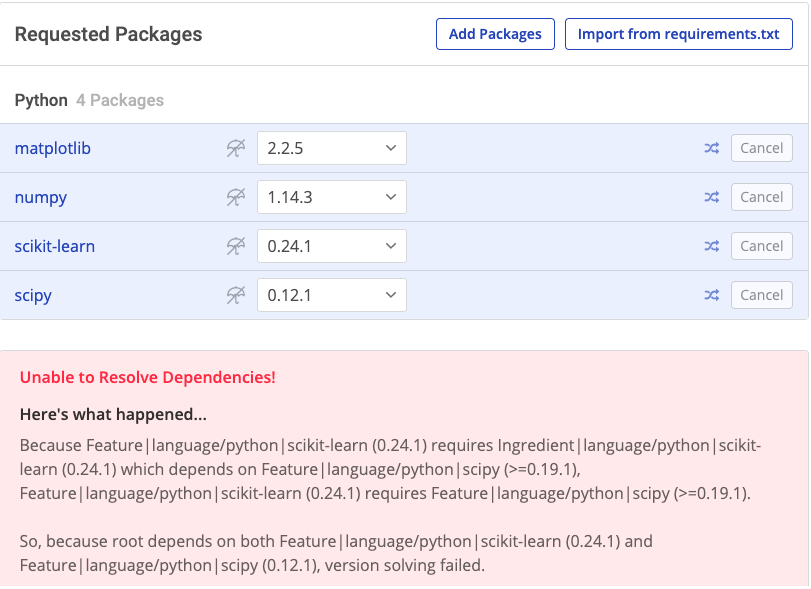 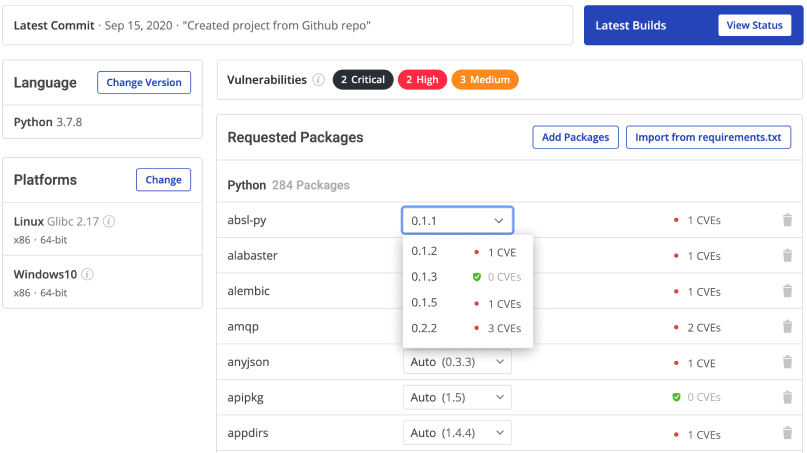 Ultimately, developers that are willing to adopt the ActiveState Platform for Python package management will spend less time wrestling with tooling and more time focused on doing what they do best: coding.

Learn more about Python by ActiveState