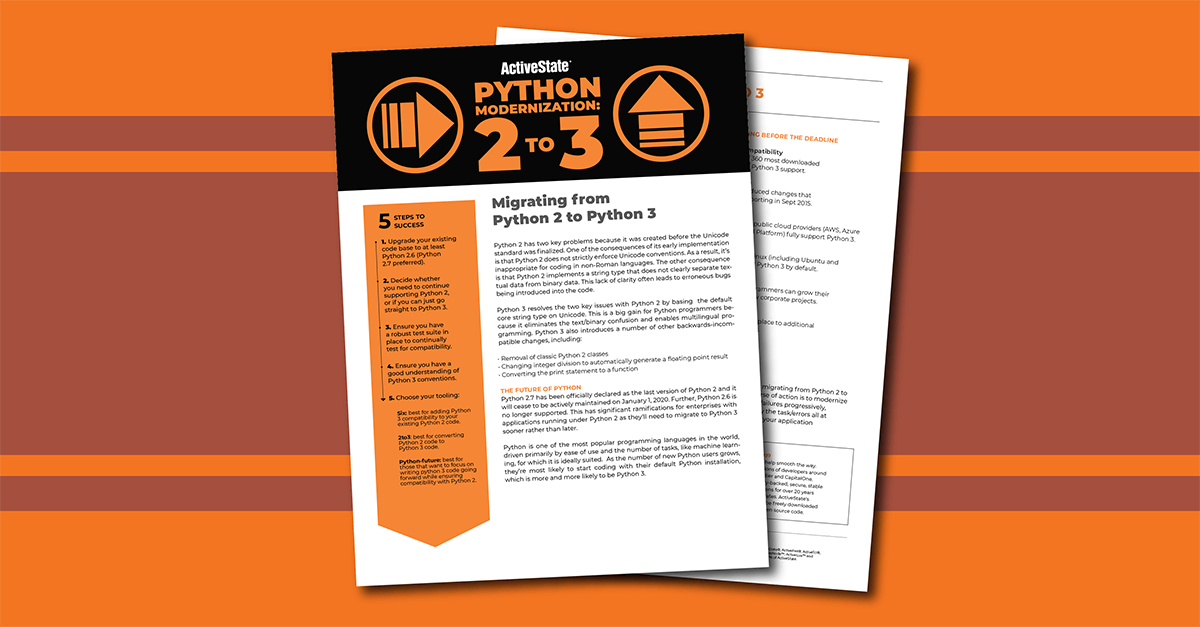 Migrating from Python 2 to Python 3

Python 2 has two key problems because it was created before the Unicode standard was ﬁnalized. One of the consequences of its early implementation is that Python 2 does not strictly enforce Unicode conventions. As a result, it’s inappropriate for coding in non-Roman languages. The other consequence is that Python 2 implements a string type that does not clearly separate textual data from binary data. This lack of clarity often leads to erroneous bugs being introduced into the code.

Python 3 resolves the two key issues with Python 2 by basing the default core string type on Unicode. This is a big gain for Python programmers because it eliminates the text/binary confusion and enables multilingual programming. Python 3 also introduces a number of other backwards-incompatible changes, including:


The Future of Python

Python 2.7 has been ofﬁcially declared as the last version of Python 2 and it will cease to be actively maintained on January 1, 2020. Further, Python 2.6 is no longer supported. This has signiﬁcant ramiﬁcations for enterprises with applications running under Python 2 as they’ll need to migrate to Python 3 sooner rather than later.

Python is one of the most popular programming  languages  in  the  world, driven primarily by ease of use and the number of tasks, like machine learning, for which it is ideally suited. As the number of new Python users grows, they’re most likely to start coding  with  their  default  Python  installation, which is more and more likely to be Python 3.

Benefits to Migrating Before the Deadline

You have a number of choices for migrating from Python 2 to Python 3. The recommended course of action is to modernize incrementally in order to address failures progressively, rather than being overwhelmed by the task/errors all at once. E.g. over multiple releases of your application.

The Following Steps Provide an Overview of the Migration Process

Pros: as a single Python file, six can be easily copied into your project.

Cons: need to remember to import packages from the six.moves library since Python 3 moved several functions to different modules.

Pros: can be rigged to run automatically, can be extended to handle corner cases.

Cons: assumes you only want to write Python 3 code.

It’s always a good idea to have an expert to help smooth the way. ActiveState is the de-facto standard for millions of developers around the world and companies like IBM, Bombardier and HSBC. 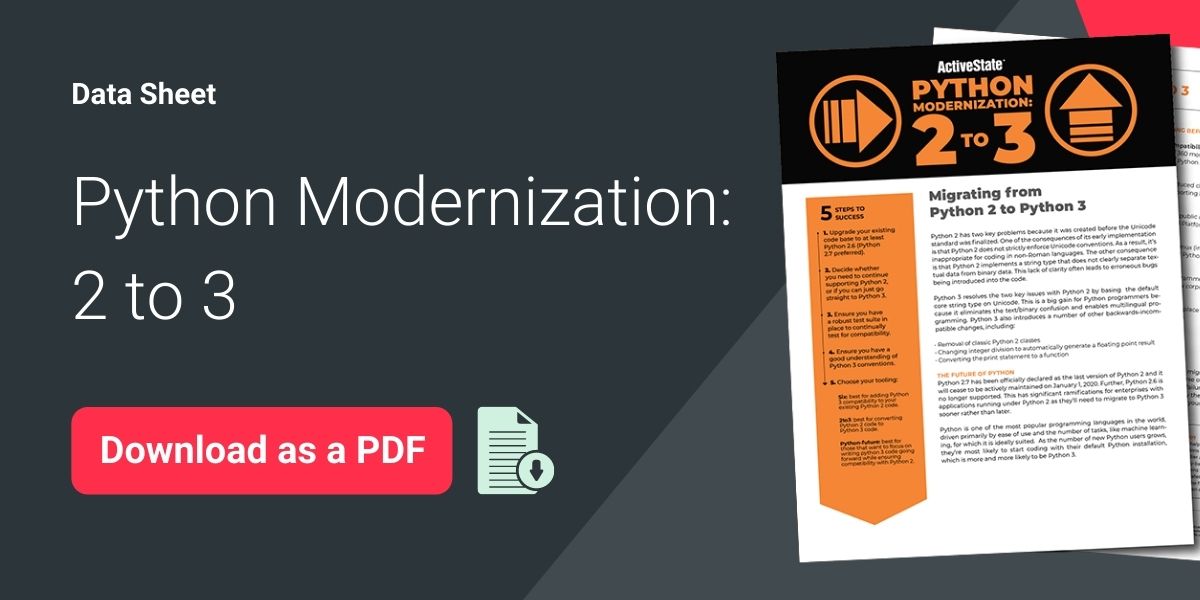 What is the ActiveState Platform?

ActiveState is the de-facto standard for millions of developers around the world who have been using our commercially-backed, secure open source language distributions for over 20 years. With the ActiveState Platform, developers can now automatically build their own Python, Perl or Tcl Environments for Windows, Linux or Mac—all without requiring language or operating system expertise.

How to try the ActiveState Platform

You can try the ActiveState Platform by signing up for a free account using your email or GitHub credentials. Or sign up for a free demo and let us show you how we can support your Python 2 application(s).

Have questions about migrating from Python 2 to 3 or commercial support for your existing Python 2 distro? Schedule a consultation.