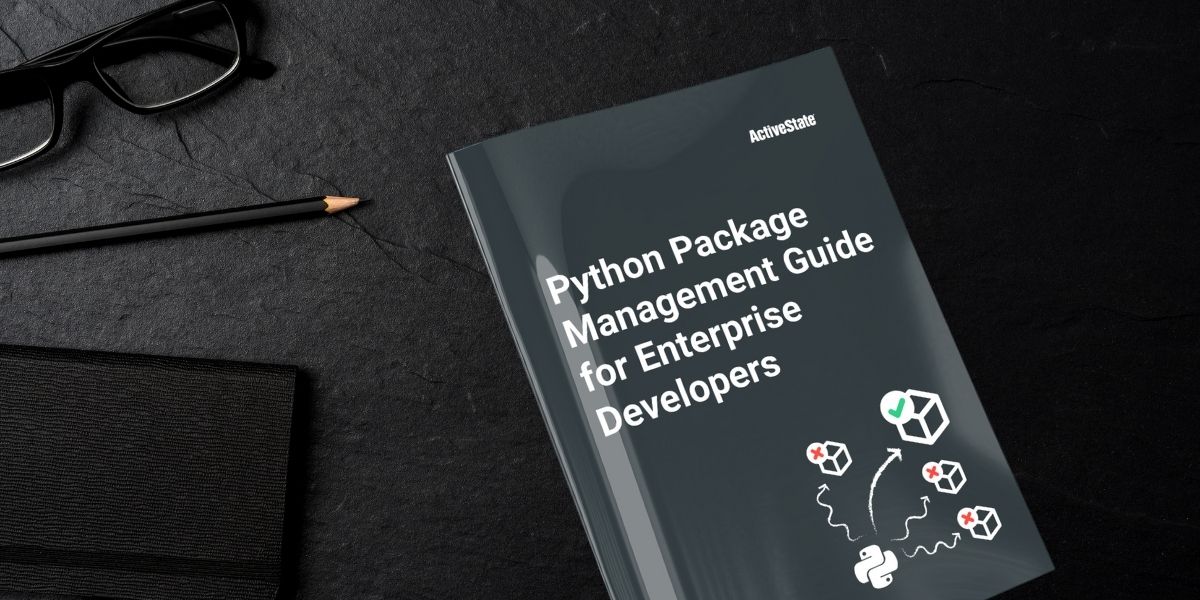 Package management continues to evolve, but traditional Python package managers are slow to catch up. Python developers working in enterprises must deal with the consequences, including:

If you wrestle with any of these issues, this white paper is for you. It explains how adopting the ActiveState Platform will help you resolve these issues, allowing you to spend more time coding and less time managing Python packages and environments. All of which means you’re more likely to complete your sprint deliverables on time!

While pip has long been the standard for installing and managing Python packages, it doesn’t address key issues around environment and dependency management, such as creating and managing virtual environments or dependency resolution. Numerous solutions have been introduced to try and bridge the gap, including venv, virtualenv, pyenv, pipenv etc.

There are other package managers available, as well, such as conda for Anaconda Python, or apt and yum for specific OS distributions. All of these alternative ecosystem package management tools have their pros and cons. Seasoned Python developers often gravitate to their favourite sets of tools to help manage their Python environments and dependencies. However, when it comes to issues like dependency conflicts or fixing vulnerabilities, today’s Python package managers leave developers to manually implement their own workarounds.

ActiveState is no stranger to this pressure. We handcrafted our ActivePython distribution, which contains the latest version of Python and hundreds of popular packages, for decades. But depending on how drastically each version of Python, key packages, compilers, and patches changed between releases, the process could take weeks to months. To speed things up, we built the ActiveState Platform, which automates everything from dependency resolution to compiling linked C libraries to packaging the environment for Windows, Linux and macOS. The process now takes days, most of which is manual verification.

The white paper discusses a mix of traditional and evolving use cases that are either not addressed, or else poorly addressed by traditional package management solutions. The ActiveState Platform has been specifically designed to address these gaps. 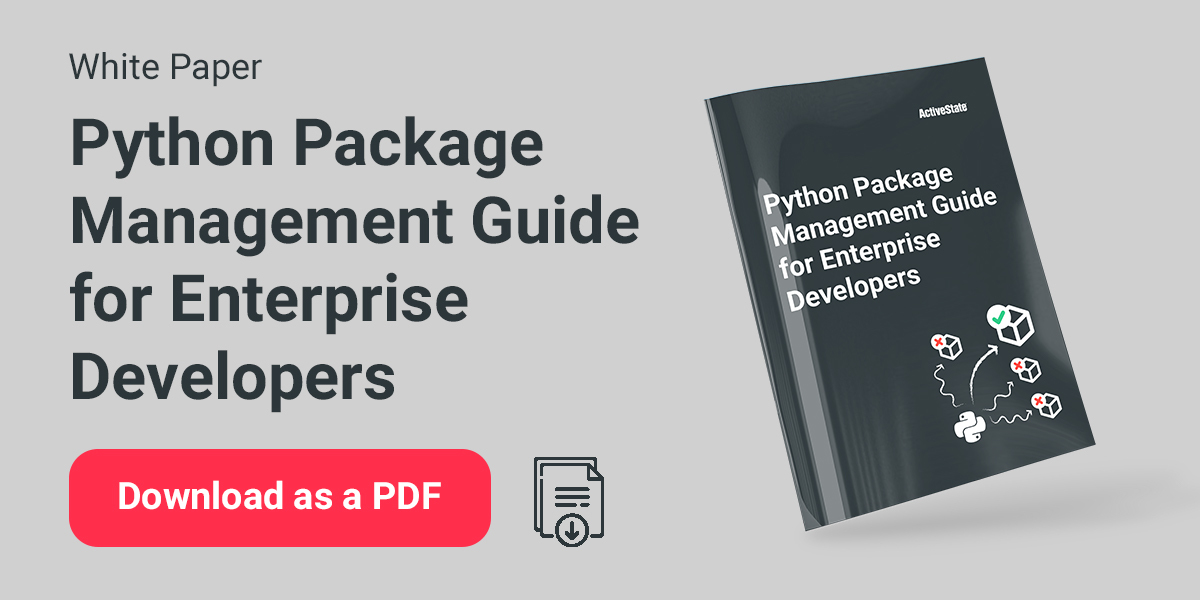 Once you download the white paper, you can explore how enterprise developers can benefit from:

Ultimately, developers that are willing to adopt the ActiveState Platform will spend less time wrestling with Python package management tooling and more time focused on doing what they do best: coding.

To try the ActiveState Platform for yourself, on Windows, macOS or Linux, create a free account here.

Or install our Python 3.9 powered by the ActiveState Platform via command line for Windows or Linux (Command Prompt on Windows)

At ActiveState, we use the Platform to build not only our popular open source language distributions, but also custom runtimes for our enterprise clients (i.e. builds containing just the language and packages their project requires). Contact Sales to get a free demo and understand how it can support your enterprise’s open source needs.

[Blog] How to Simplify CI/CD Pipelines for Windows

Try the ActiveState Platform Free for dev use