Try a faster and easier way to build Python from source code. Use Python 3.9 by ActiveState and build your own runtime with the packages and dependencies you need. Get started for free by creating an account on the ActiveState Platform or logging in with your GitHub account.

Open source Python packages can be installed from Source Distributions (sdist) or Wheels (whl). According to the Python Packaging Authority (PyPA), wheels are the preferred way that pip installs Python modules from the Python Package Index (PyPI) because they’re smaller, faster to install, and more efficient than building the package from the source code contained in an sdist. Additionally, most developers simply don’t have the right tooling and experience to build everything from source code themselves. Wheels provide a great shortcut.

Pip will install all “flavors” of wheels, including:

How to Pip Install Wheels

There’s no need to specify that you want to install a wheel. By default, pip will always attempt to install a wheel unless there is no whl file for your operating system, at which point pip will attempt to build the wheel from the sdist (note that this can fail if you don’t have the appropriate resources and requirements on your system).

Assuming you don’t first need to install Python from python.org, you can install a wheel by running the following command:

To install a specific version of a package, run the following command:

To install a package from a repository other than PyPI,  such as Github:

To upgrade a package that is already installed:

To uninstall a package:

To download Python wheels to a specific location (–dest, which is typically a dir), run the following command:

Rather than pre-populating a repository with the wheels you want to restrict your developers to using, you can save considerable time and effort by using a pre-populated repository like ActiveState’s Artifact Repository (AAR). AAR can be pre-populated with Windows and/or Linux wheels for Python 3.9 or later.

How to Build Python Wheels

When it comes to Python packaging, if your package consists purely of Python code, you can do the following:

This will create both a source distribution (sdist) and a wheel file (bdist_wheel) , along with all of its dependencies. You can now upload your built distributions to PyPI. For more information, see Sharing Your Labor of Love: PyPI Quick and Dirty.

If your package has linked C libraries, you’ll need to create specific build environments, and then compile your package separately for each target operating system you want to support.

Wheels have a specific syntax for their filename that consists of multiple parts separated by a hyphen:

Each part provides a clue as to what the wheel contains and where it can be deployed. For example:

for deployment with Python 3.7 on multiple Linux versions, such as Ubuntu, Debian, CentOS, Fedora, etc.

Note: “manylinux” is essentially a Docker image that comes bundled with a compiler suite, multiple versions of Python and pip, and an allowed set of shared libraries.

The ActiveState Platform gives you access to a distributed, parallel build system so that even complex development environments can be automatically built and packaged for your OS in record time—straight from source code—giving you all the security assurances and flexibility that comes with it. 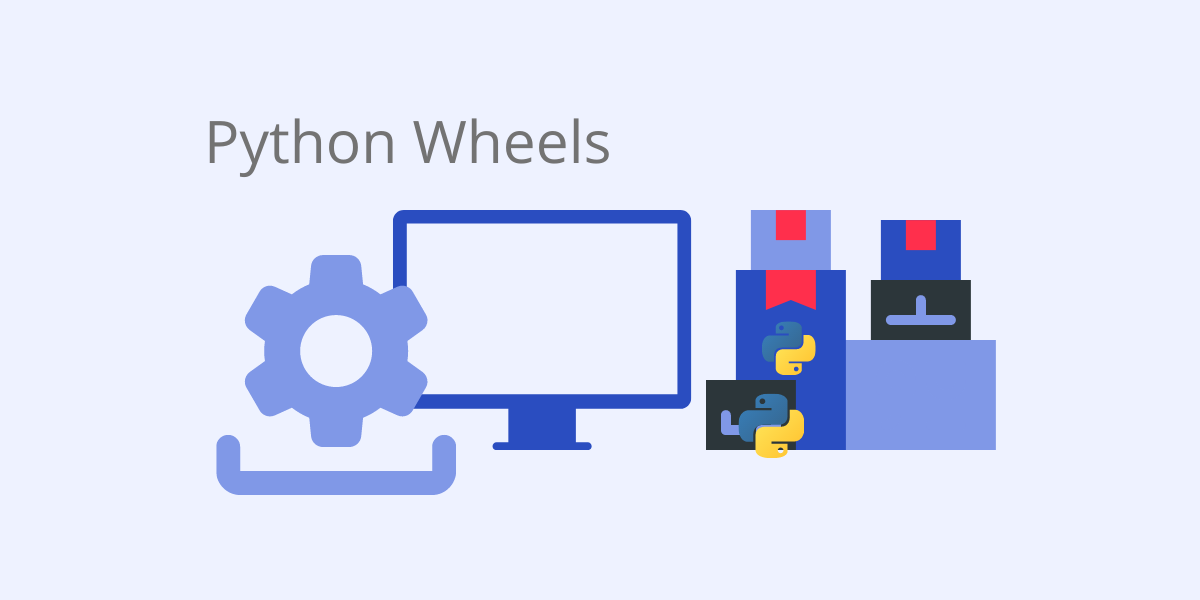 Blog: How to manage Python environments: Global vs Virtual