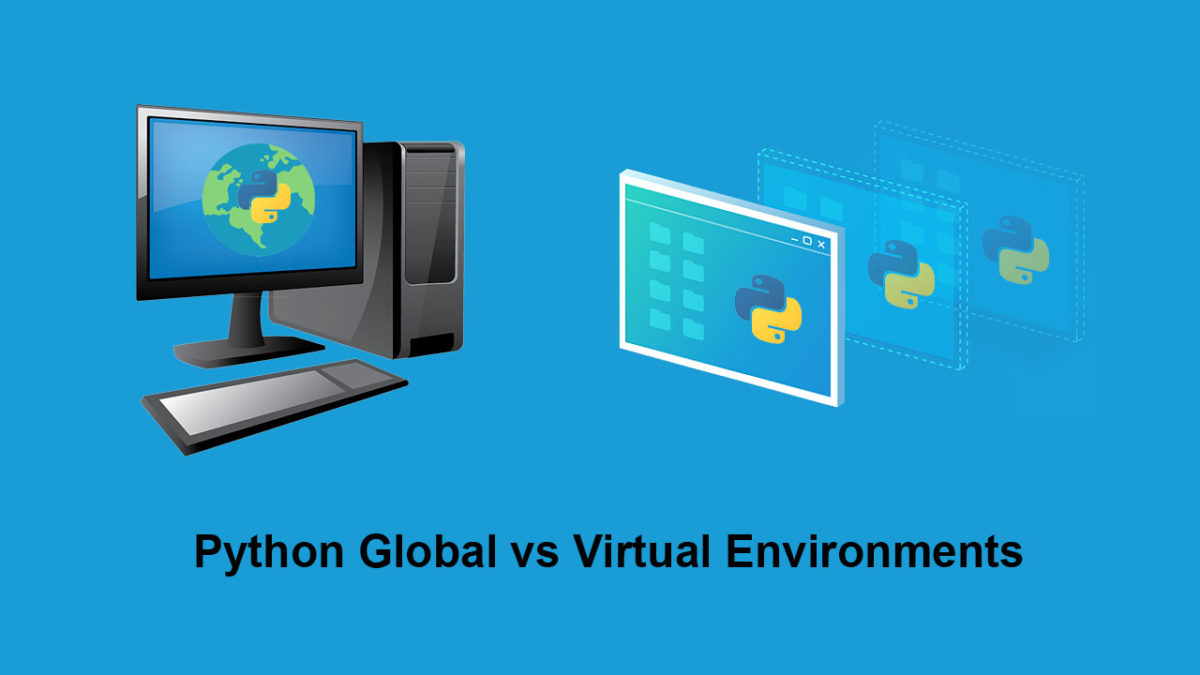 If you only work with your original installation of Python, the rest of this article may not apply to you. But most of us have had to upgrade to a newer version of Python at some point. Of course, since we’re busy developers, we install first and ask questions later, after things go wrong:

In other cases, it’s not Python itself that’s the problem, but rather the third party packages you use to build your applications. Most developers install these packages with pip, which downloads them from the Python Package Index (PyPI) and installs them locally into your /site-packages directory. Unfortunately, Python doesn’t distinguish between different versions of the same package in the /site-packages directory, which leads to problems when you have two projects that require different versions of the same package.

These issues mean that even after three decades, it’s still all too easy to screw up your Python installation despite – and in some cases because of – multiple solutions being created to help.

Of course, global environment corruption is not unique to Python (it’s just as popular with many other open source languages), but it’s always painful when the packages you were just working with can suddenly “no longer be found” sending you hunting for directories and manually updating symlinks and PATH environment variables.

But the key benefit of virtual environments is that they isolate each of your project(s) from any other installation of Python on your computer, allowing multiple versions of Python to coexist without stepping on each other. So now you can work on upgrading that Python 2 project to Python 3, or test that the Python 3.6 application you built works on Python 3.8 – all on the same system.

While virtual environments solve many of the problems associated with global installations of Python, they introduce a number of other issues:

While PEP 582 has been proposed to update the Python core to address many of these issues, it remains just a proposal for now.

At ActiveState, we’ve been handcrafting our ActivePython Community Edition (CE) distribution, which contains a version of Python as well as hundreds of popular third-party packages, for almost two decades. But our time to market has been getting longer and longer, so we created the ActiveState Platform to help us automate the creation of ActivePython CE, as well as our other language distributions.

Unfortunately, ActivePython CE continues to be part of the problem, since it provides installers that create yet another global install by default.

As a result, we’ve been working on building virtual environment capabilities into our State Tool, which is the command-line interface for the ActiveState Platform. The State Tool offers:

You can try it out today by installing the State Tool and then using it to automatically install a copy of ActivePython 3.6 into a virtual environment.

For Windows users, run the following in Powershell to install the State Tool:

Now type the following at a cmd prompt  in order to automatically create a virtual environment, and then download and install ActivePython 3.6 into it:

For Mac and Linux users, run the following command to install the State Tool:

Now run the following to automatically create a virtual environment, and then download and install ActivePython 3.6 into it:

To learn more about working with the State Tool, refer to the documentation. And don’t forget to let us know about your experience in our Community Forums.

Listen to the episode related to Python environments on The Local Maximum Podcast. Team Leader Shaun L of ActiveState joins show host Max for a short but insightful discussion.

Managing Python Environments – Everything You Need To Know