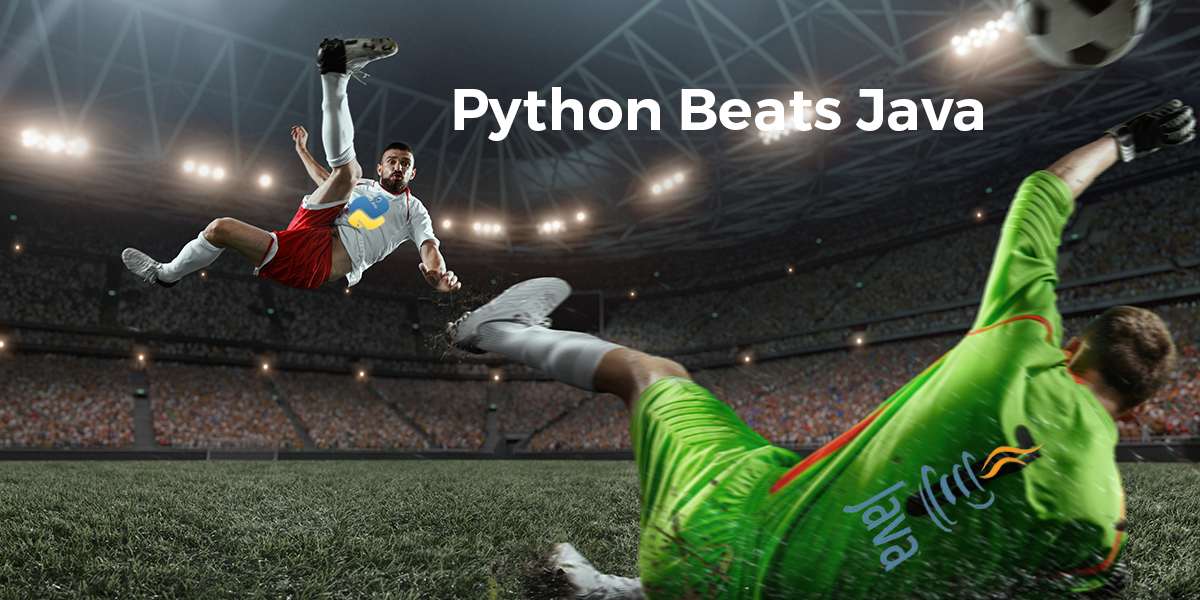 For the first year ever, Python has topped the TIOBE list of popular programming languages, which also lists Java as having dropped to the #3 slot: 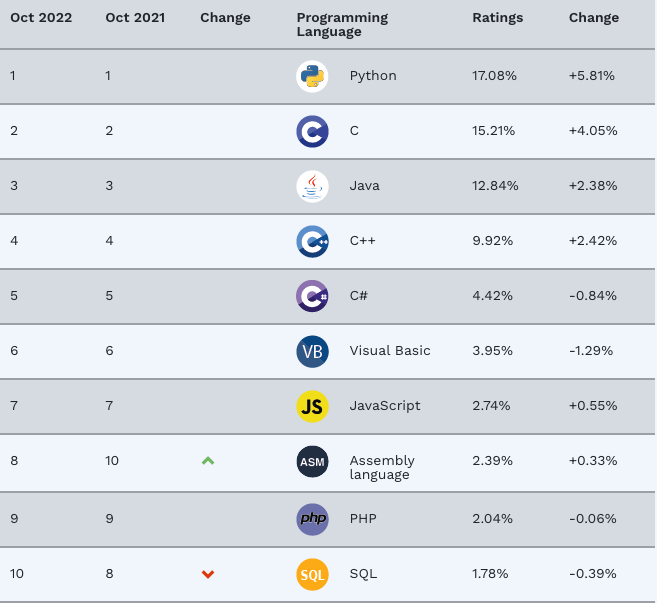 That’s a big deal because Java has held the top rank on most lists of programming languages for the better part of two decades. Although Java remains widely used today (and the mountains of Java code created over the past 20+ years are not going away anytime soon, read: never), it seems pretty clear that Java will be taking a back seat to Python going forward.

Die-hard Java fans (if they exist) may lament this state of affairs. But we think the programming world as a whole will welcome Python as a replacement for Java in more and more software projects. While it’s not the best language for every programming use case (what language is?), there are plenty of good reasons for Python to overtake Java as the go-to language for most developer teams.

A Brief History of Python vs. Java

It may surprise you to learn that Python, which debuted in the early 1990s, has actually been around longer than Java, which dates to 1995. Given that Python was born first, you might have expected Python to have had an edge over Java from the start in terms of popularity and adoption. But in reality, Python and Java followed different paths in their earlier years, which resulted in Java becoming much more popular early-on.

Python initially competed with another scripting language: Perl. By comparison, Perl was seen as a robust, general purpose scripting language, whereas Python was viewed as a less capable scripting solution primarily for system administrators. Python was consequently viewed as a relatively niche language that was associated with a narrow set of use cases. In addition, although Python is cross-platform, it was initially oriented toward the Unix world. It was only starting in the 2010s that Python began gaining prominence in the Windows and Microsoft ecosystems. As a result, Python was largely overlooked for decades.

When Java came along, it was intended from the start to serve as an easy-to-learn, general-purpose, cross-platform language, making it an obvious choice for a wide range of projects. Java also placed heavy emphasis on object-oriented programming, which was very trendy at the time of Java’s debut in the 1990s. The fact that Java was backed (at the time) by some of the world’s most powerful companies – Sun and later Oracle – also helped ensure its success.

From a historical perspective, it’s easy to see why Java reigned supreme for so long, whereas Python took several decades to gain prominence. Java has been in first place on the TIOBE Index for almost every year since the early 2000s, whereas Python was a distant eighth as recently as 2012. Even in 2017, Python was only the fifth-most popular language.

Why Has Python Replaced Java?

The simplest answer is also the most likely: Python has dominated as data has exploded in the enterprise. Making sense of “Big Data” is a key use case for Python with its best-in-class data analysis and Machine Learning (ML) tools that other languages struggle to compete with. And certainly all the cutting edge development work in Artificial Intelligence (AI) is being driven by Python, from self-driving cars (such as Tesla’s Autopilot) to text-to-image generators (such as DALL-E 2) to chatbots (such as Google’s LaMDA) and virtual assistants (including Alexa, Siri and Cortana). While Java is not excluded from these initiatives, it’s just not as quick and easy to work with, which can be a real liability in such a fast-moving space.

There are also a number of programming factors that appeal to developers who are just starting to learn software development, as well as for experienced developers looking to get started with Python, including:

On balance, the purpose of this article isn’t to say that Python always beats Java hands-down, in all use cases and contexts. Python still has certain major drawbacks that Java doesn’t, including:

How to Switch from Java to Python

If you’re a Java coder who has decided (like many of your colleagues) that Python is the future, making the switch from Java to Python development isn’t particularly hard even though Python has relatively little in common with Java. Some of the key differences you’ll have to wrestle with include:

There are many other differences that might trip you up when you first start, such as creating arrays, making your code run more efficiently, and so on. And you’ll also want to research the many Python frameworks available to identify ones that can help you meet your development goals. But these are not monumental tasks, especially for someone already versed in programming.

The plethora of resources dedicated to teaching Python makes it all the easier to begin your journey from Java to Python. Dive Into Python 3 and Python 101 are good places to start. You might also want to check out one of the several books written specifically for Java programmers who want to learn Python, such as Igor Vishnevskiy’s Java to Python. And there are many free courses available, including Datacamp’s Introduction to Python and tutorials from Real Python.

While it may have been reasonable at first to dismiss Python’s surging popularity relative to Java as a temporary fluke, that’s no longer the case. It has become pretty clear that Python is set to be one of the predominant programming languages for the foreseeable future. Java may not be dying, but it will probably never regain the prominence it once enjoyed.

That’s as good a reason as any for Java programmers to consider switching to Python (or, better, to learn to use both languages at the same time). Python’s certainly not better than Java in every scenario, but advantages like easier code management, a more dynamic ecosystem, and fewer runtime compatibility issues make Python a great alternative to Java in many cases.

Want to get started with Python? Create and install the most recent version into a virtual environment so it won’t interfere with any other languages installed on your system.

Understand how your Java skills will help and hinder you when learning Python.

Learn about package management options in the Python ecosystem.

How to set up your Python environment with a single command

Learn how the ActiveState Platform can automatically create a Python environment for your project, and install it into a virtual environment with a single command.