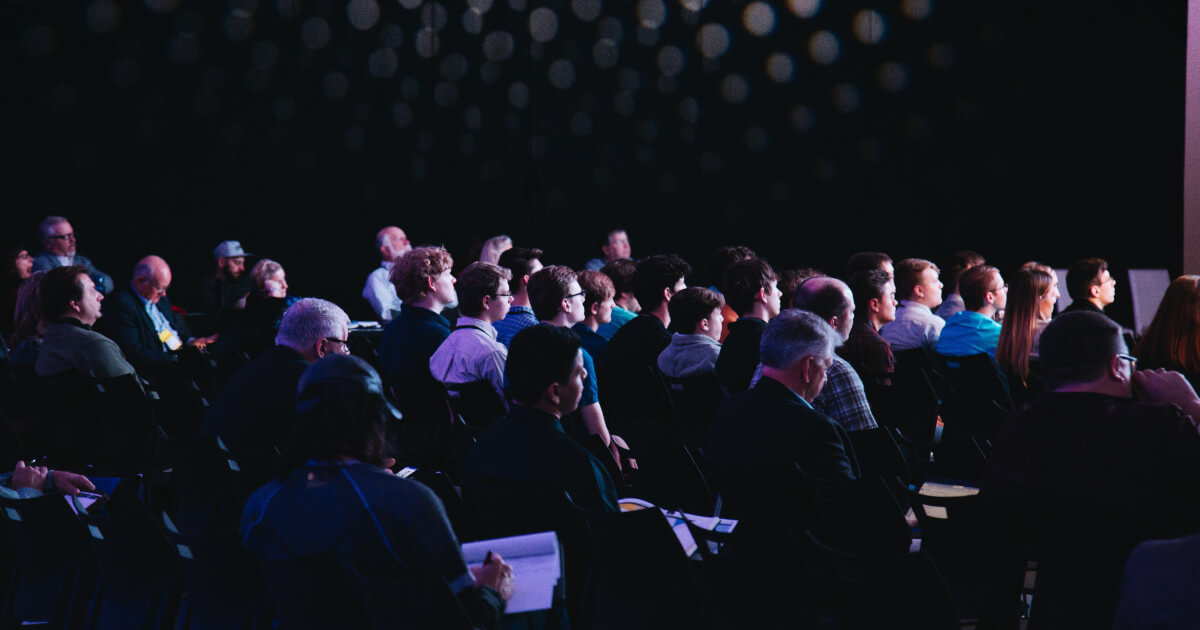 From July 8th to 11th 2015, I was away from the office to attend a conference. The office was in shambles without me (or so I’d like to think) but I did return and everything is back to normal.

I went to the conference in Washington state, just south of us, to fill holes in my developer skills as well as meet more like minded people. I did both very successfully (six new Facebook friends! OMG). I wanted to share a bit of my experience; the conference was CascadiaJS 2015 and it was, to date, the best conference I’ve ever attended.

Ricardo Vazquez – The Power of Emotion and Delight: Microinteractions: inspired by his Grandfather playing trombone. This was a great talk from Ricardo who explained the importance of design in an interface: it should be beautiful and it should be fun to use. This is a mentality we follow when are designing new features in Komodo, or changing old ones. Ricardo’s delivery was engaging (he had me talking about his musician grandfather right off the bat) and well crafted.

Amy Lynn Taylor – Remote and Better for It:
This talk was an important one for me, as half of our team are remote (and we can choose to work from home, too). Amy had great insights into building a supportive, happy and productive distributed team. I wrote an email to the the team that afternoon after her talk to discuss some of the topics. I still haven’t heard back but I’m sure the team got it… 😉

“Local boy” Alen Pike – A JS Framework on Every Table: Todo Examples All the Way Down:
This was a satyrical and intelligent analysis on why the JavaScript ecosystem changes weekly. I’ve heard Alan speak before and if you get a chance to hear him, you should. He’s always very clever and has some fairly interesting knowledge bombs for y’all.

Andrei Kashcha – Story of Package Managers, Graphs, and One Million Vertices:
I’m not sure what to say about this talk. It was ridiculous. If you saw it, how awesome was that?!? If you didn’t, I feel bad for you son. This was Andrei’s adventure of trying to visualize, in 3D, a cluster of data points that consisted of over 1 million points. Long story short, he did it and it was incredible. When the videos come online I strongly recommend checking it out. I actually met Andrei the first day of the conference and he asked me to try his “secret project” on my Windows 8 phone (don’t judge, I had a OnePlus before but apparently I can’t have nice things). It didn’t work…because, Windows phone.

Donovan Buck – These Bots are Made for Walkin’:
This talk took me by surprise (probably because I didn’t look up what it was about). Donovan is a contributor to the Johnny-Five project which is a JavaScript library written to control robotics. I had never even considered this as a possibility. Donovan implemented the Animation() class which allows users of the class to animate their robots’ movements in a keyframe style of motion, abstracting calculations away from the programmer. We’re looking forward to using this in Komodo when we make it into a robot to write your code for you 😛

That is 5 of MANY talks that were equally as good but…I don’t want to write that much…and really, I’d recommend you attend CascadiaJS yourself next year.

All of the talks were recorded and are being processed and uploaded as I type so I can’t share the link for those, but I’ll add them to the comments later. The talks were all transcribed already though, so if you really like reading you can check them out here.

Finally, I would like to thank the organizers and volunteers for putting on an amazing event. And thank you to everyone I met there. You all rock!

Good bye and have a pleasant tomorrow!