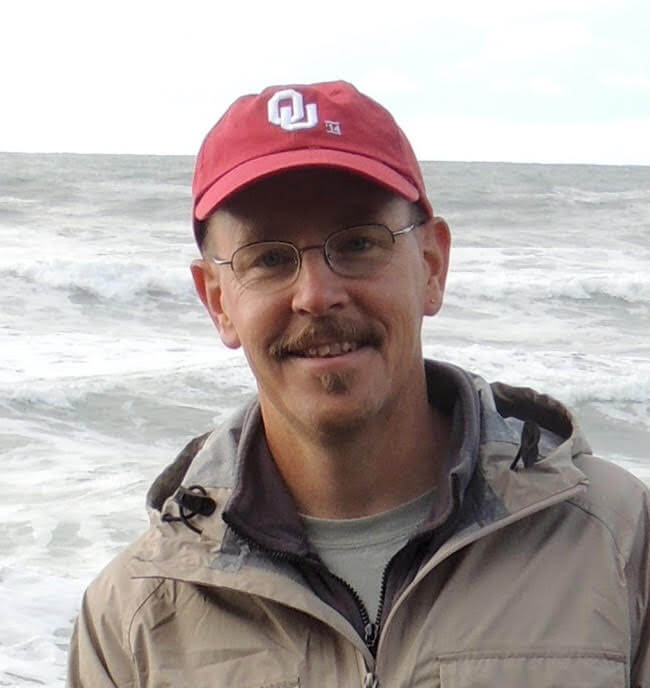 Our latest story features long-time Komodo user Ron Stewart. Ron’s been using Komodo for over seven years and uses it as his primary development editor. As a project manager, team lead, and web application developer for a company supporting different agencies within the US Federal Government, he likes Komodo’s polyglot functionality, and its cross-platform capabilities has helped him during his transition from Windows to Linux to Mac OS X. Read the Q&A with Ron to learn more about his Komodo User Story.

**How did you get into programming?**
I’ve been programming since the late 70’s. I’m probably something of a dinosaur at this point, as I started with FORTRAN on punch cards and I actually still have my first computer (a [TRS¬80 Model I](https://en.wikipedia.org/wiki/TRS-80), which still works). I took my first programming class in the summer during high school. I was immediately taken with the challenge of problem solving and figuring out how to represent problems and their solutions in code. I have a degree in Computer Science, and I’ve been involved in software development in some form all of my professional life, working in some pretty diverse areas: real-time monitoring and control systems, UI development for X Windows and MS Windows, engineering modeling & simulation software, and UNIX/Linux system administration. I’ve been primarily doing Web application development for the past 20-¬ish years. I work for a company supporting different agencies within the US Federal Government, and our team focuses on applications supporting data management and data collection.

**How did you first hear about Komodo?**
I don’t remember exactly how I came across Komodo, but it would be something like 7 or 8 years ago… my team had been using a different editor that was specific to the Windows platform and I started looking for something to replace it as it became clear its days were numbered. I wanted something that was available on Linux as well as Windows.

I’ve shifted from Windows, through Linux, and now primarily work on Mac OS X, and having Komodo through that transition has been a huge help. In addition to being cross-¬platform, Komodo touted itself as being very extensible through both macros and extensions, and I knew if my team was going to move away from the tool we were using then, we were going to need a language extension specific to what we were using for most of our development (CFML). I still have emails in my archive from Todd Whiteman and Eric Promislow who were developers for Komodo at the time. I reached out to them in 2009 for some help as I (finally) started poking at my first (admittedly pathetic) attempts at a language extension.

**Do you use Komodo’s “polyglot” (i.e. multi¬-language) functionality?**
Absolutely! I’m in and out of most of the following types of files in any given week: CFML, HTML, JavaScript & JSON, CSS, SQL, XML, shell scripting, the odd bit of Perl and Python, Markdown, along with UDL for my work on my [CFML language extension for Komodo](http://www.we3geeks.org/komodo-cfml/).

**What do you like about Komodo?”**
For me, Komodo’s cross-¬platform availability, extensibility, flexibility are its biggest strengths, along with the people that support the tool at ActiveState. I really like some of the recent work like [Commando](http://komodoide.com/blog/going-commando-with-komodo-yes-you-ll-be-back/) (I’m a keyboard-¬first person) and being able to save workspaces. Both are really nice additions that focus on different aspects of efficiency. I’m fundamentally lazy (although I couch that as “efficiency” when forced to speak to my management), and the ease with which we can quickly throw together macros to do boring, repetitive tasks is one reason I’ve stuck with Komodo.

**Can you recommend books/tutorials to junior programmers that are just getting started?**
For someone just getting started in any sort of software development, books like the “[Seven Languages in Seven Weeks](http://www.amazon.com/Seven-Languages-Weeks-Programming-Programmers/dp/193435659X)” (Tate) and “[Seven Databases in Seven Weeks](http://www.amazon.com/Seven-Languages-Weeks-Programming-Programmers/dp/193435659X)” (Redmond, Wilson). Both books are great ways expand your horizons to see how other languages or systems (that you might normally use) work and what they bring to the table. Even if you never get to do significant development using one of those languages or database systems, learning to think and solve problems in a different context and using a different language’s constructs can change the way you solve problems and structure code in whatever tools you’re currently using.

**Any other advice or feedback you’d like to share?** Take the time to learn your tools. It’s a simple investment that can have huge benefits for your productivity. Go back and skim the user manual or docs, looking for things you’ve forgotten or never had a pressing need to learn or use. If the tool developers took the time to put something new into it, poke it and look for ways it might make your development better, faster, easier.

Thanks to Ron for contributing to the Komodo community and taking the time to share his story. If you want to tell your developer story and how you use Komodo, drop us a note at [marcom@activestate.com](mailto:marcom@activestate.com?subject=Share My Story) or [follow us on twitter](https://twitter.com/komodoide) and send us a DM.