Arch Linux ARM (ALARM) is a distribution of Linux for ARM computers. Since ARM architecture is found in microprocessors and semiconductors made by a wide range of manufacturers, including Apple, Broadcom and Texas Instruments, chances are that at least one of your devices has an ARM-based processor.

Despite the market prevalance of ARM computers, ALARM is completely volunteer-based, comprised of just three core developers. So when ALARM’s liason specialist Mike Brown contacted us about supporting the project, we were happy to provide Komodo IDE licenses to assist their efforts.

Here’s what Mike had to say about the work his team is doing.

What is the Arch Linux ARM project all about? 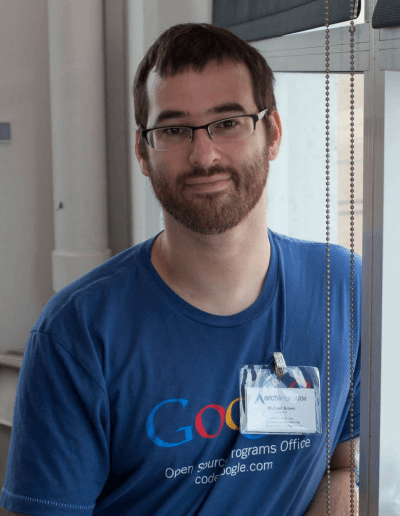 Arch Linux ARM is a port of the Arch Linux distribution for ARM processors, supporting the ARMv5te, ARMv6 and ARMv7 instruction sets. It is an open-source, community based distribution with thousands of users across the world.

How does ALARM differ from other Linux distributions?

ALARM differs in the same ways Arch Linux differs from other distributions. We carry forward the same philosophy of simplicity and user-centrism, targeting and accommodating competent Linux users by giving them complete control and responsibility over the system.

Arch Linux is a rolling-release distribution, meaning that there are no specific point releases, and packages are continuously updated to the latest versions available.

What programming languages do you use in ALARM?

We use many languages while dealing with debugging and fixing specific packages; however, the primary languages used are bash scripting, which is used for writing the files that describe how to build packages, and Perl, which is what our back-end system is written in. Other languages we encounter on a less frequent basis include C, C++, and Python.

What kind of organizations use ALARM and why?

We maintain a good relationship with many organizations and companies that produce ARM computers. Recently, we completed a project in conjunction with Marvell, Globalscale Technologies, and Razortooth Communications to use ALARM as the operating system for Smile Plug, a digital learning device for creating a classroom micro-cloud.

Our distribution was chosen because of its simplicity, speed and the availability of software needed to accomplish the goals of the device. The same simplicity and speed are why many others choose to use ALARM. Our distribution focuses only on ARM, whereas the larger distributions have ARM as one of many available architectures, so we are in a unique position. 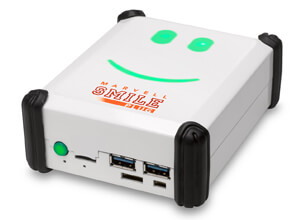 How does Komodo IDE help support the project?

ALARM primarily exists and continues to move forward due to a complex, automated software package build system that allows frequent updates and distribution to our users. Since this software is written in Perl, Komodo IDE allows us to improve this system at a much faster pace and collaborate easily between developers. As all development tasks can be managed and executed within the IDE, the speed at which we write, debug and publish code has dramatically increased.

There are not many good Perl IDE’s, and between the options available, Komodo IDE shines above the rest in allowing us to write Perl fast and efficiently.

Which features in particular do you find most useful? 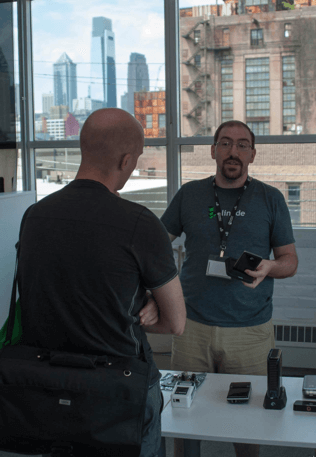 Being a fantastic IDE for Perl, we rely heavily on Komodo’s debugger, code completion, SCC integration, and in-line on-the-fly error checking. With all of our developers now having licenses of Komodo IDE, we are experimenting with the collaboration features, and also enjoy having Sync to easily share all of our configurations and settings between multiple workstations.

Above all, the fact that Komodo IDE is usable out of the box with minimal, if any, extra configuration or tweaking necessary, gives it the best user experience of any Perl IDE and allows us to do what needs to be done: write code. Additionally, Komodo’s ability to run on Linux as well as on Windows is a tremendous benefit to us.

What are some of the issues you’ve encountered with other IDEs?

The majority of other IDEs generally do not go beyond syntax highlighting, and possibly even revision control. This makes it difficult to write Perl quickly, without errors, as it requires going to the command prompt to run the program to check that everything works, or to even see where you may have made a syntax error.

Because of this, IDEs become more of glorified text editors, as opposed to Komodo IDE, which treats Perl as a first-class language akin to a language-specific IDE.

What do you guys do outside of programming?

The primary developers are full time students and/or have full time jobs. ALARM is a project done in our free time and is some of what we do for “fun”. Also, we love our cats.

Arch Linux ARM’s build system source code is open-source and can be browsed at its GitHub repository:

Try Komodo IDE for free by creating an account on the ActiveState Platform.