Anaconda vs ActiveState: The better partner for a more secure Python supply chain 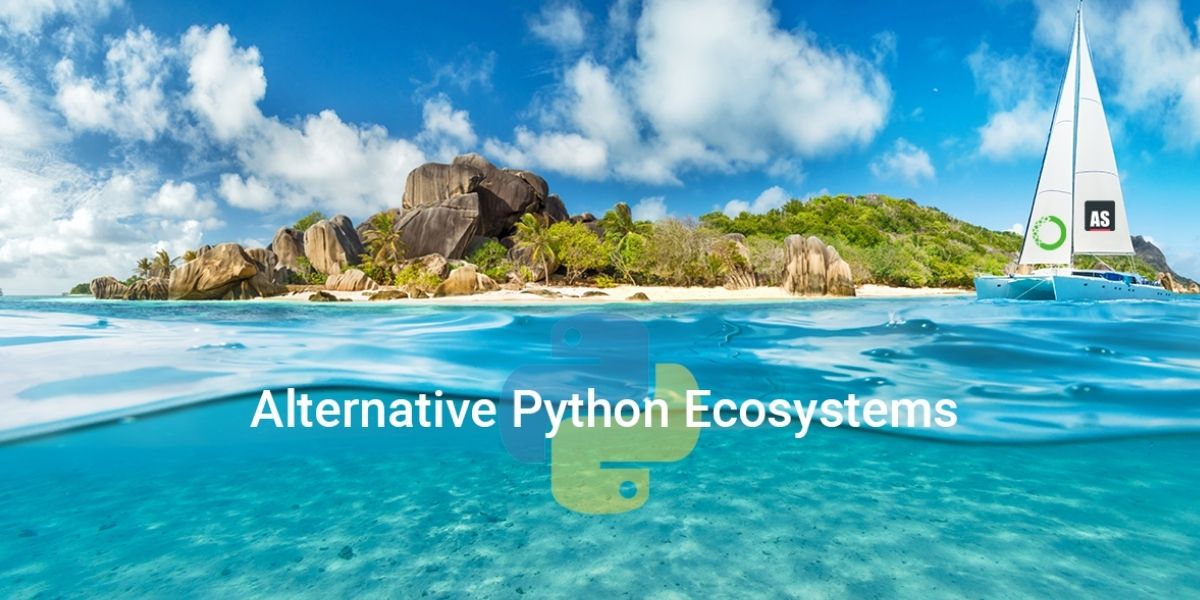 Python comes in many flavors, offering Pythonistas more than one way to accomplish their tasks. But for developers, the key criteria for making a choice between Python ecosystems usually comes down to:

Plus greater security, which is a key consideration when the Python supply chain is more and more under attack from typosquatting, dependency confusion and other exploits.

But there’s a cost to adopting new tools in order to gain these features, not only in terms of dollars but also in terms of learning curves, changes to dev processes, etc. This post looks at some of the tradeoffs to adopting an alternative Python ecosystem, and why you might want to try one.

Anaconda: The All or None Approach

The Anaconda Python ecosystem is extremely popular. It offers either the precompiled Anaconda distribution of more than 400 packages that makes for easy installation and setup, or else Miniconda, which contains just a version of Python, the conda package manager, and a few necessary/convenient packages.

As I’ve asserted in a previous blog post, larger distributions like Anaconda increase the attack surface of your environment, and also increase the number of packages that could be vulnerable at any point in time. With supply chain attacks that target development environments on the rise (from SolarWinds to Codecov to Apache Netbeans IDE hack to the ShadowPad backdoor), starting with a minimal installation of Miniconda and building up your environment using their included package manager (conda) may be a better approach.

But before you install a package with conda:

Conda will then install the package, automatically resolve dependencies (including non-python dependencies), and flag any conflicts that may arise to ensure a consistent environment, including for virtual environments, which are natively supported.

Depending on your needs, conda can make your life easier and more secure, especially if you work on data science projects that rely on binary packages like numpy, scipy, tensorflow, etc.

Much like Anaconda, the ActiveState Platform provides an alternative, cross-platform package management ecosystem for Python. As an alternative to anaconda, ActiveState used to offer ActivePython, but for security (and other) reasons have moved away from it to a Miniconda-style approach, providing only a version of Python, a package manager (State Tool) and a few key packages.

The State Tool delivers many of the same advanced package management features as conda, including:

The difference between Anaconda and ActiveState primarily lies in the approach to security. For ActiveState, security begins with a Software Bill Of Materials (SBOM), which provides you with a comprehensive list of ingredients required to build your application because you can’t secure what you don’t know about: 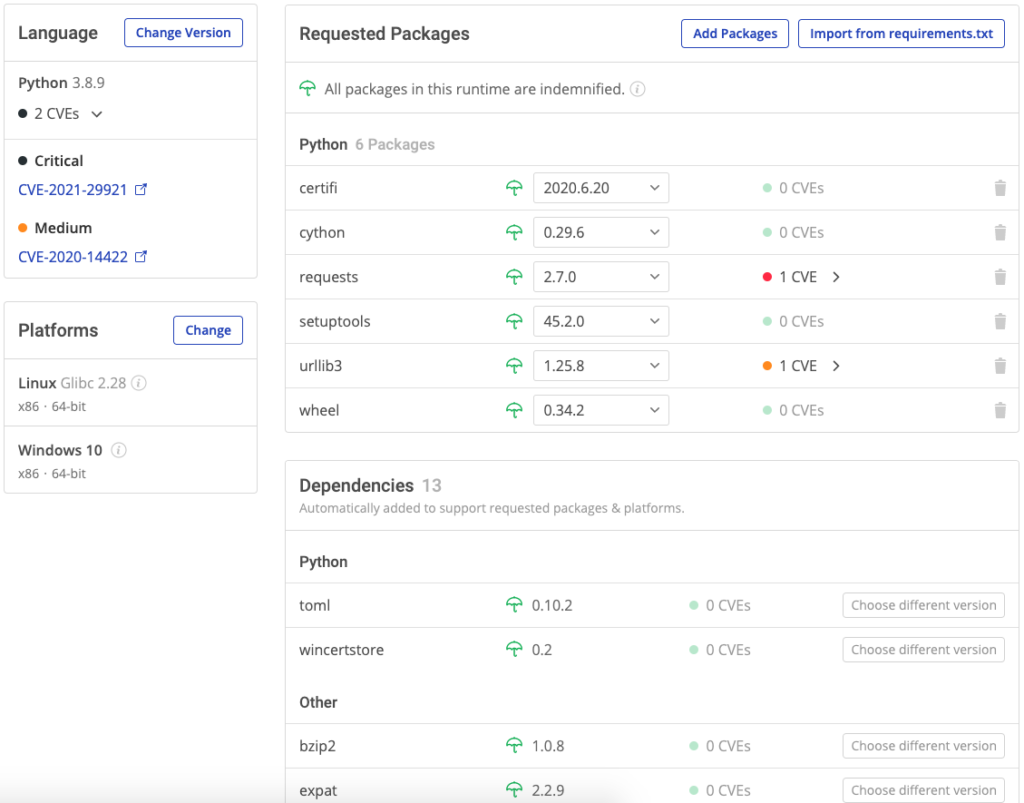 A more secure alternative to anaconda, the ActiveState Platform imports a comprehensive catalog of Python packages (sourced from PyPI, GitHub, and other repositories), including multiple versions of each component. In many cases, you can remediate vulnerabilities in your SBOM by simply selecting a non-vulnerable version of a package. You can then rebuild a secure configuration of your runtime in minutes, and use a single command to update your local environment. In this way, you can ensure you always have secure dev and CI/CD environments with minimal effort/disruption.

Additionally, since all components are tracked from import through the build process, and all changes to your Python environments are also tracked, you can always identify:

The result is a complete audit trail for all packages in, modifications to, and users of your Python environment.

Conclusions: When Looking For An Alternative to Anaconda, Security Matters

For many software development organizations, security is not top of mind. Instead, they foster a culture that “moves fast and breaks things,” where rapid prototyping trumps security. But in a rapidly evolving cyber attack landscape that saw a 650% increase in supply chain attacks in 2020, fostering a DevSecOps approach to Python software development is more important than ever.

The DevSecOps movement has existed for many years to encourage better risk management by shifting security left. Instead of a culture where development and DevOps environments are rarely updated until a critical vulnerability is flagged (typically) late in the testing process, security should be baked in from the start, and developers and DevOps empowered to prioritize security updates. But when security gets in the way of meeting sprint goals, it’s often the first thing that gets dropped.

ActiveState Platform users can benefit from a simple remediation and environment update process that can save dozens of hours per vulnerability that would typically be spent investigating, patching (or waiting for a patch), rebuilding, testing and updating the environment.

While the ActiveState Platform does fit with your existing processes, there is a learning curve that will have a short-term impact on your team. However, the longer term benefits of greater security will more than make up for it.