Trust, Security and the Reproducibility Crisis in Software 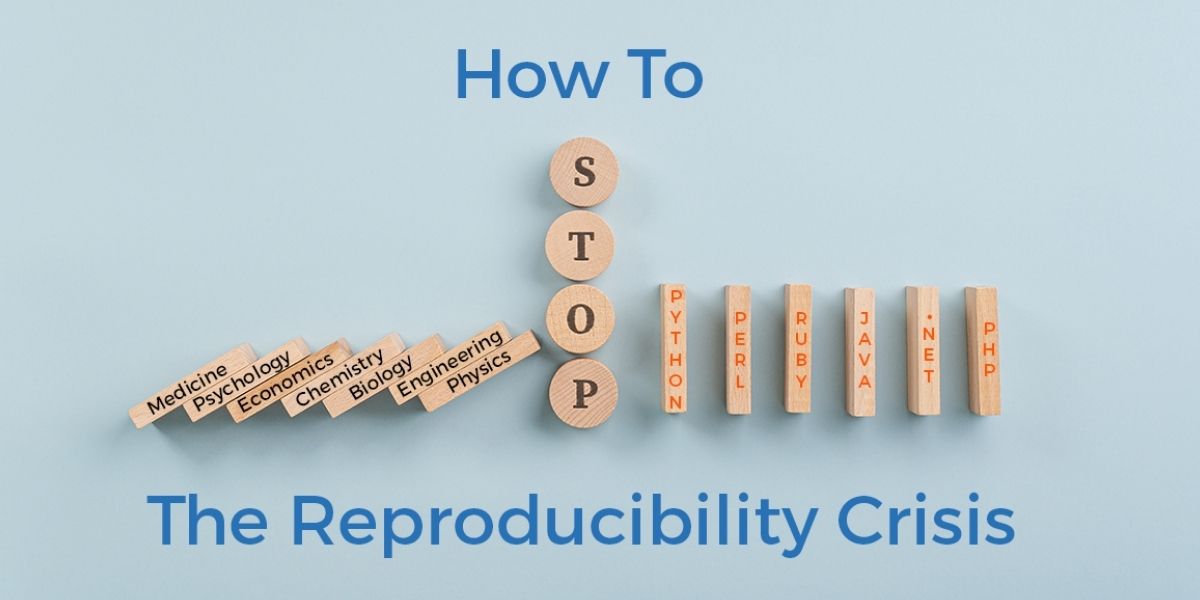 The reproducibility crisis in science and technology refers to the fact that the results of many scientific studies over the past decade have been found to be difficult or even impossible to reproduce. Even well-established findings in some fields such as medicine and psychology have proven irreproducible. In practice, reproducibility involves the task of repeating the original experiment in order to obtain independent data that either corroborates or refutes the original findings. It’s one of the chief cornerstones of science, which the lack of reproducibility is starting to erode.

And it’s been going on for more than a decade. At this point, it’s begun to look like a slow-moving train wreck, analogous to the 2008 financial collapse. Sounds like hyperbole? Think of it this way: 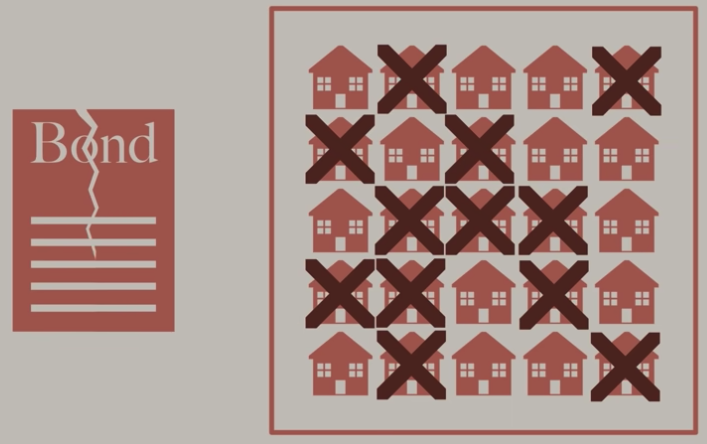 Source: Line Goes Up – The Problem With NFTs

The diagram above shows that as the individual owners of houses defaulted on their escalating mortgage payments, the bond that assembled all of the high, medium, and low-risk mortgages into an overall “lower risk” investment vehicle that appealed to institutional investors also began to fail with far-reaching consequences, eventually triggering the 2008 collapse.

Similarly, science and technology build on top of what has come before. In science, we create new experiments based on the results of previous experiments. In technology, we create applications from the building blocks of what others have created, such as open source components. If the inputs are flawed, so are the outputs: garbage in, garbage out.

In each case, the solution is to identify and expunge the root cause in order to reestablish trust:

Scientific experiments these days almost always involve the use of software, either in support of the experiment or to actually simulate/run the experiment itself. And this is not simplistic software. Often it’s just as complex as commercial software but typically created just for a single experiment, which can imply corner-cutting.

For example, a typical software stack for scientific experiments might be comprised of:

Each level builds on the software in the preceding level, creating an interdependency. As a result, a flaw at any level can negatively impact the entire stack, which can have ramifications for the experiment itself.

However, we know from our recent Software Supply Chain survey that only 22% of software organizations (on average) big and small worldwide create reproducible builds. That is, their build process is typically a one-off process run on a developer’s desktop to create the artifact(s) they need for their current project. This lack of reproducible builds has a number of ramifications, including:

So, given all these detrimental effects, why isn’t reproducibility more of a standard best practice? Cost.

The Cost of Software Reproducibility

Creating programmatically reproducible software is a non-trivial exercise. It requires:

All of these factors add significant overhead to any experiment/project, requiring deep-pocketed organizations to fund. This is reflected in the results of our Software Supply Chain survey, which shows that Large Enterprises (LE) are more than twice as likely to create reproducible builds than Mid-Sized Businesses (MSB) or Small & Medium Businesses (SMB): 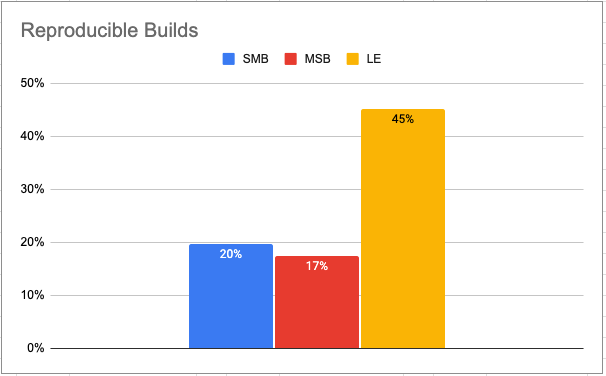 To avoid these costs, many organizations choose to implement reproducibility in more convenient ways. Chief among these solutions are:

Looked at in this way, reproducibility becomes a trade-off between brittle, long-term replication using VMs versus flexible, short-term iteration using containers. Depending on your needs, one or the other might be appropriate, but is there a better choice?

If reproducibility were essentially free, we’d all be doing it already. But if it were available for a marginal cost, shouldn’t we all be at least testing it out?  That’s the premise behind the ActiveState Platform: a low cost way to automatically create reproducible builds of the lower layers of your software stack. It features a secure build service that defaults to creating reproducible builds of open source languages from source code, and then bundles them into an environment you can install with a single command on your local system. In this way, reproducible builds lead to reproducible development environments, which are the foundation of reproducible code and the experiments they run.

Compared to VMs, the ActiveState Platform also offers the ability to reproduce the environment for an experiment in perpetuity since it maintains its own catalog of open source components (and all their dependencies, including OS-level dependencies) indefinitely. But unlike VMs, the environments created by the ActiveState Platform can also be modified and updated, as necessary.

Reproducibility problems in the lower levels of a software stack have a domino effect, eventually compromising the reproducibility of the entire scientific experiment, and eroding trust in the academic discipline the project was seeking to bolster. But the costs associated with creating reproducible software are beyond the budget of most labs.

By leveraging the ActiveState Platform, organizations can cost-effectively achieve reproducibility and reusability with no reduction in the ability to innovate beyond the original iteration of the experiment. Combining both the longevity of VMs and the flexibility of containers, the ActiveState Platform provides a low-cost, simple-to-use solution to the software aspect of the reproducibility crisis plaguing many of the scientific disciplines today. And as an added benefit, it can also secure your open source supply chain, as well.

Next steps? Learn how to gain software reproducibility with the ActiveState Platform by getting a quick demo. Here are some useful resources to share with your team meanwhile:

Reproducibility: How to Ensure Your Code Works on Every Machine